Japan and the EU have signed what the EU is calling “the largest bilateral trade deal ever” – one that will eliminate nearly all tariffs on products traded between the two sides, including wine and spirits, ushering in more opportunities for wineries and distilleries in the Asian country. 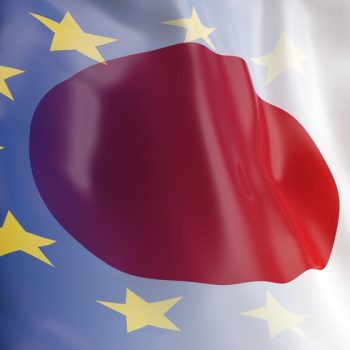 The trade pact would eliminate about 99% of the tariffs on Japanese products sold in the EU, while 94% of tariffs on European exports to Japan will be scrapped initially, before expanding to 99%, reported AP.

This would mean that the Japanese will be able to buy cheaper cheese, wine and other alcoholic drinks from the EU. At the moment, the tariff on wine is 15%, and on cheese it varies from 30% to 40%.

Japan is already the EU’s second biggest trading partner in Asia after China, and wine is among the trade bloc’s most important exports to the country.

Last year, the EU exported about 1.7 million hectolitres of wine valued at €798 million to Japan, according to figures from the EU.

In 2016, Scotch whisky exports to Japan reached £82 million by customs value in 2016 – an 8% increase on 2015 – with Japan currently the 13th largest export market by value for Scotch, as previously reported by db.

The measures won’t take effect immediately, and are still subject to legislative approval.

This trade agreement is in sharp contrast to the tit-for-tat trade war initiated by Trump administration towards the EU and China.

Japan signed a Free Trade Agreement with Chile in 2007, which helped to make Chile its biggest wine importer.