Half of Champagne Roederer’s estate is now biodynamic, with all the grapes for its prestige cuvée, blanc de blancs and rosé now farmed according to this practice. 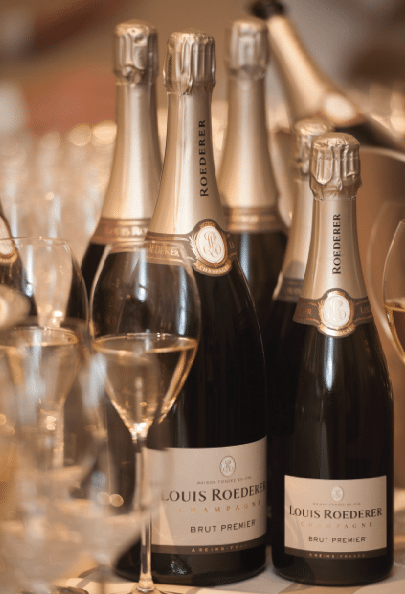 According to head winemaker, Jean-Baptiste Lécaillon, since the start of this year, 50% of the property is certified organic, with all this area also farmed biodynamically.

“We have been going step by step for 18 years,” he told db in June, when launching the 2008 vintage of Roederer’s prestige cuvée, Cristal, in London.

This represents 115 hectares of Roederer vineyards, said Lécaillon, which he said was around half the Champagne house’s total domaine – totalling more than 230ha – which supplies 70% of its needs.

Lecaillon added that Roederer would continue to gradually convert its vineyard area to biodynamics, and was aiming in the long term to be 100% certified organic.

However, head of the house, Frédéric Rouzaud said that Roederer would not state its organic or biodynamic status on the bottle.

“We will never put it on the label,” he told db.

Although 40% of the grapes used for the 2008 Cristal were from biodynamic-farmed vineyards, Lecaillon said that the estate used to produce grapes for Cristal had seen no herbicide application since 2000.

He also told db that since 2012, “all Cristal blends are 100% biodynamic”, adding that all the grapes used for the blanc de blancs and rosé are now also farmed this way, as well as the Brut Nature, which has used biodynamic grapes since its launch vintage, which was 2006.

The 2012 Cristal release, which will be the next from Roederer, will mark “a new chapter”, said Lécaillon, as it will be the first expression that is made entirely from biodynamically-farmed grapes.

Although Roederer practices biodynamics on 115ha, it has only opted to certify 10 hectares of vineyards with Demeter as biodynamic.

“We have 115ha certified organic, but we do biodynamic on all these vineyards,” said Lécaillon.

Nevertheless, he has opted for organic certification, because it allows Roederer to make wines in its cellar using grapes from conventional vineyards too – whereas Demeter certification requires a producer to make only biodynamic wines, according to Lecaillon.

Lécaillon said that it was difficult to manage such a large property biodynamically.

“Being biodynamic on 20ha is easy, but doing it on 115ha is another world, it is a huge challenge,” he began.

Continuing, he recorded, “To scale up you need a lot of equipment, and you need to be quick either before or after a storm, so you need an organisation that is fast and flexible.

“You need to engage your employees so they believe in your project, and this is a management challenge at this large scale… when you have 6ha of biodynamic vineyards in Burgundy, then it is easy: you go in with your son and protect the vineyard after a storm.”

Certainly last year’s vintage was a challenge for anyone in Champagne, with warm and wet conditions in August favouring the incidence and rapid spread of botrytis in the bunches, making it one of the hardest and shortest harvests in the history of the region.

However, Lécaillon said that Roederer’s biodynamic vineyards resisted the rot more effectively than any conventionally-farmed plots.

“Our organic and biodynamic vineyards performed well, resisting the rot much more than the others,” he recorded.

This was mainly because of the grass cover between the vines, which, he said, absorbed the rainfall in late August, preventing it reaching the roots of the vine, and favouring the expansion of the berries.

“The grass fixed the water, so there was less dilution in the grapes, but what happened in those vineyards without grass, or any sustainable management, was that the vines sucked up the water and the the berries expanded and burst, and then gave way to acetic rot,” he added.

As first reported by db back in January 2012, Roederer is the biggest in biodynamics in Champagne.

Today, Lécaillon said that Roederer, which buys in 30% of its grape supply, should not be seen as a négociant, but a grower.

He also said that his next step to improve the green credentials of the house was to focus on reducing the company’s carbon footprint.

This, he added, “will come easily”, due to the rapid advances taking place in farming machinery, above all the advent of electric tractors.