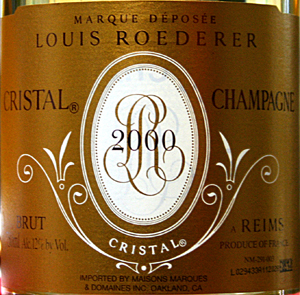 Roederer already has 26ha of vineyards farmed under biodynamic and organic viticultural practices following a trial which began in 2000, according to Jean-Baptiste Lécaillon, chief winemaker at the Champagne house.

This existing area is managed half under a biodynamic regime and half under an organic approach, as part of what Lécaillon described as a “trial program”, employing “strict, scientific protocols.”

However, Lécaillon stressed that the project is not designed to bring biodynamic certification and labelling to Roederer’s Champagnes, but forms part of an experimental approach in both the vineyard and cellar to improve quality.

“Our goal is to learn more, and get a better, more expressive product,” he explained.

The latest acquisition by Roederer takes its total biodynamic and organic vineyard area up to a total of 40ha, which Lécaillon said was “the biggest in Champagne”.

The additional land was previously used to provide biodynamic grapes for the Leclerc Briant brand, however, this 30ha domaine has been systematically sold following the death of owner Pascal Leclerc in October 2010.

Initially, as first reported by the drinks business in January 2011, Lanson-BCC acquired 13ha of Leclerc Briant vineyard in the Marne Valley around the village of Verneuil, while Louis Roederer confirmed that it too had purchased 2ha of the brand’s biodynamic vineyards around Cumières.

However, the rest of the domaine, which had passed to Pascal Leclerc’s daughters, was more recently bought by Roederer, and comprises vineyards in the premiers crus of Hautvillers and Cumières.

Pascal had begun experimenting with biodynamic farming at his estate in 1970, and converted the entire domaine to the controversial practice after the 2000 harvest.