New Hampshire-based Tamworth Distillery has launched a limited edition whiskey flavoured with castoreum, a substance secreted by beavers, which it sources from a local animal trapper called Anton. 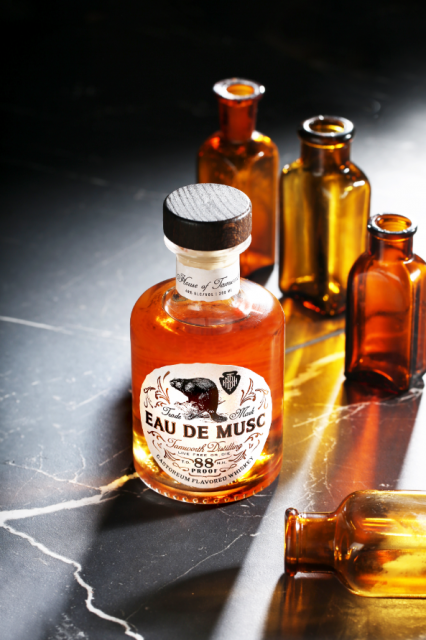 The 44% ABV flavoured whiskey, which has a Bourbon base, is described as having as having a “vanilla nose underscored with the addition of spice from the birch oil and wild ginger”. On the palate, the rather elaborate tasting note reads: “dry, smoky spice with fleeting hints of fresh-cracked boughs and mint that open up to reveal rustic-sweet sensations of wet hay, vanilla, wood sugar, and saddle leather interspersed by waves of red fruit”.

Explaining its choice of flavouring, the distillery highlights castoreum’s history of being used in the food and perfume industry.

On the distillery’s website, it states: “The sac excretion exhibits bright and fruit qualities (raspberry) and rich leathery notes along with a creamy vanilla aroma. These notes are also very common among barrel aged spirits, so a natural progression took place”.

A yellowish secretion of the castor sac located under the beaver’s tail, castoreum can form part of a substitute for vanilla flavour although it is rarely used in the food industry today. It is listed as a safe food additive by the US Food and Drug Administration (FDA) and continues to be used to flavour Swedish schnapps brand BVR HJT.

In an effort to source local castoreum, the distillery teamed up with a beaver trapper called Anton.

“Anton is a beaver trapper and often gets called in by the state to remove beavers. Beavers are also extremely territorial, making relocation of beavers extremely difficult. So Anton, like all good trappers, uses every part of the animal. The fur is sold, the meat is eaten and the castor sacs are used as lures for future trapping bait. This source of New Hampshire beavers makes for a responsible market practice,” the distillery reports on its website.

Eau de Musc, as the whiskey is being called, is described as a two-year Bourbon, which in addition to castoreum, has been flavoured with raspberry, Canadian snakeroot, fir needles, birch bark (tar oil and regular oil) and maple syrup.

It is reportedly being sold in 200ml bottles for US$65 a pop.

Commenting on the launch, head distiller at Tamworth, Steven Grasse, said: “I have always been intrigued by the use of castoreum in food and luxury products. There was a time when it was ubiquitous and used widely as a flavouring agent and in perfume. In fact, it’s still used in a number of products today and considered by the FDA to be a ‘natural flavouring.’

“I was curious what would it taste like in one of our unreleased bourbons from Tamworth Distilling – so we tried it, and it worked beautifully”.