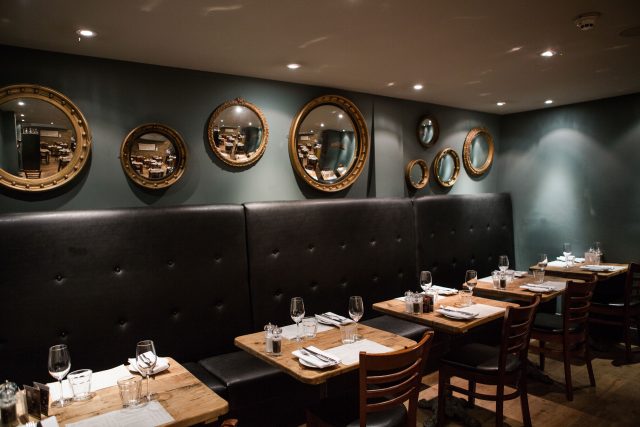 A spokesperson for the Texture Restaurant Group said: “28-50 on Fetter Lane has been bought by Cliffords Restaurant Ltd following a great offer. 28-50 on Marylebone Lane and Maddox Street in Mayfair perform well, but only significant, exceptional offers will be considered. Texture restaurant trades exceptionally well and is not for sale.”

The remaining two 28-50 restaurants are owned by Icelandic chef Agnar Sverrisson, who founded the now Michelin-starred Texture restaurant in Marylebone with Xavier Rousset in 2007, which changed the game with its Scandinavian influence, focus on fish and attention to texture.

Texture Restaurant Group’s head sommelier and wine buyer, Clement Robert, told db that both the Marylebone and Maddox Street sites are “on the market”, but that it was “business as usual” at both restaurants.

“Our board of directors is looking to see what kind of price they can get for the restaurants due to difficult trading conditions, but we are operating as normal at the moment.”

He also revealed that all of the Fetter Lane staff have been transferred either to the two other 28°-50° sites or Texture.

With its wine focus and modern European sharing plates concept, 28°-50° was ahead of its time and helped pave the way for the likes of Sager + Wilde, The Remedy, Compagnie des Vins Surnaturels and The Laughing Heart that make a hero of wine.

Rousset was pivotal in popularising wines by the carafe and also offered a separate wine list featuring old and rare bottles sourced from auctions and collectors priced with fair mark-ups.

In 2015 Rousset left the restaurant group, passing the wine baton on to Master Sommelier Clément Robert. Arriving at 28°-50° from Medlar in Chelsea, Robert was crowned International Young Sommelier of the year in 2010 and UK Sommelier of the Year in 2013.

In a hat tip to its wine focus, the restaurant is named after the latitudes within which most vineyards around the world are found.

Sverrisson trained under Raymond Blanc at Le Manoir aux Quat’Saisons and mentored Ollie Dabbous, who was head chef of Texture for two years before branching out to launch Dabbous in Fitzrovia and shooting to fame.