How the World Cup 2018 will affect the way we drink

New figures have revealed how our spending habits will change depending on how England will perform in this year’s FIFA World Cup. 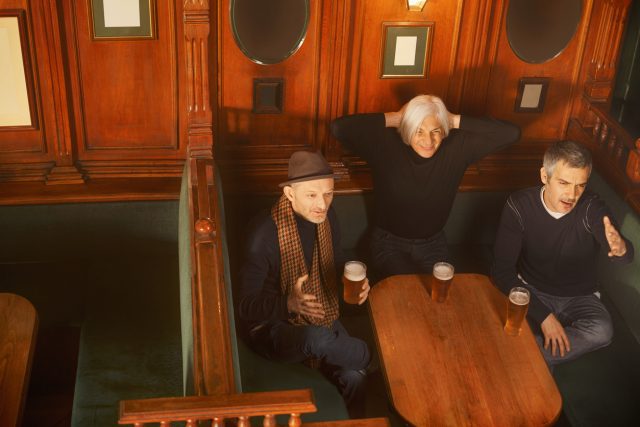 A survey carried out by Opinium and VoucherCodes has found that just one quarter of Brits plan to watch the tournament in a pub or bar this year, but despite this, the on-trade could take as much as £488 million in revenue this summer.

The news comes after Brigid Simmonds, the British Beer and Pub Association’s (BBPA) chief executive, said that she hoped a summer of football would help to combat a steady decline of beer sales in members’ establishments.

Earlier this month, the BBPA predicted that transactions in pubs during the FA Cup Final could contribute £70 million to the UK economy.

This year’s World Cup will start in Russia on 14 June, with Russia and Saudi Arabia kicking off the group stages at 4pm.

Keep scrolling to see just how much our drinking will be determined by England’s performance this year.

Despite the tournament just shaping up, Brits expect to go in hard in the group stages, with people predicted to spend £209 million on alcohol to watch the first round, and spend a further £88 million if England make it through to the second.

Just under two thirds of this will be spent in pubs, bars and cafes, according to the figures, with Brits planning to drink £128 million worth of beer, wine and spirits at their local during the group stages. This is despite the fact that the majority of the public (86%) are planning to watch the tournament from home.

Sheffield residents are the most likely to head to a pub, bar or club for England’s World Cup fixtures, with 43% planning to do so during the group stages.

If we’re in the final

Those who stay at home are expected to splash £240m on food and £297m on alcohol if England makes it through the second round, but this will more than double to £1.12bn if they make it through to the final.

People expect to spend £616 million on drinks at home alone, equating to around 342 million beer bottles, or 62 million bottles of wine.

Meanwhile, pubs will also receive a windfall which is desperately needed to combat the slow decline of beer sales year-round. The on-trade could make £488 million in alcohol purchases should England make it to the final. With the British Beer and Pub Association estimating that the average lager in Britain costs £3.58, this means football fans plan to sink more than 136 million pints in the lead-up to the last match.

Despite the high sum, only a quarter of respondents said they are planning to watch the World Cup in a pub this summer, meaning those that do are planning to have a very good time.

Perhaps unsurprisingly, brits said they would spend less should England fail to make it into the finals, but what is revealing is how much we plan to drink regardless of the results.

At home, footie fans will still spend around £159 million on beer, wine and spirits while watching at home, putting the total hypothetical spend at £456 million (or 253 million beers).

When it comes to the on-trade, the difference is even smaller. The results show that even if England are knocked out of the second round, spending in pubs and bars will still balloon to £359 million. The difference means that Brits will drink just 32 million fewer pints if there is no home team to support in the finals.