UK pubs are expected to hand over more than £70m in taxes thanks to a bumper royal wedding and FA Cup final weekend, according to new figures. 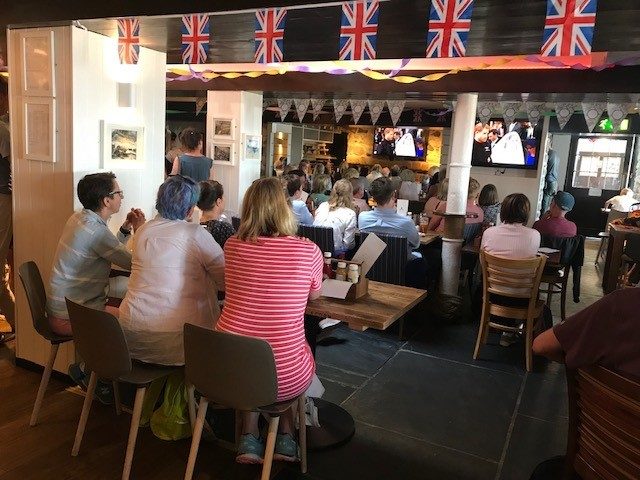 The British Beer and Pub Association (BBPA) has revised its original estimate for pub turnovers last weekend, and now more than 100 million pints are estimated to have been sold, double the original figure.

Licensing hours for Friday 18 May and Saturday 19 May were extended by two hours from 11pm to 1am for the royal wedding, providing a boost to the On-trade which was already expected to benefit from the FA Cup final taking place on Saturday evening.

Thousands of Brits and overseas visitors watched the wedding from pubs and bars across the UK, with many venues launching special discounts and offers ahead of Prince Harry and Meghan Markle’s nuptials.

Pubs estimated to have given a £70 million windfall to the Treasury from successful trading over the royal wedding weekend.

An extra £20 million is expected to have been spent in pubs across the nation on Saturday alone.

Daniel Park, general manager of The Duchess of Cambridge, Windsor, said that the good weather on Saturday was another driving factor which helped the pub break its sales record.

“In the six years I’ve run the pub I’ve never known it be so busy,” he said.

“The royal wedding was an exceptional event with both tourists and locals alike coming to enjoy the occasion in our pub.”

Though most tourists headed to Windsor to watch the wedding, pubs across the county benefitted from screening both events. Lucy Longworth, general manager of The Lifeboat Inn, St Ives, said that sales inreased by 50% on the 19 May compared to the Saturday before.

“We had a really good turnout for Meghan and Harry’s wedding, with tables full throughout the day. We showed the wedding from 10am, followed by football at 5pm and then had a band to celebrate the wedding from 9pm. Many people stayed on for all three events which was great.”

Brigid Simmonds, the BBPA’s chief executive, added: “Given that a third of the price of a pint in a pub goes straight to the taxman, the Chancellor will also be celebrating.”