We’ve had beer brewed with space yeast and an Oregon IPA sent into orbit via helium balloon and now the first beer bottle designed for space travel is preparing to launch.

The brainchild of space engineer Dr Jason Held, the bottle uses modified technology from fuel tanks to defy the challenges of drinking beer in zero gravity. 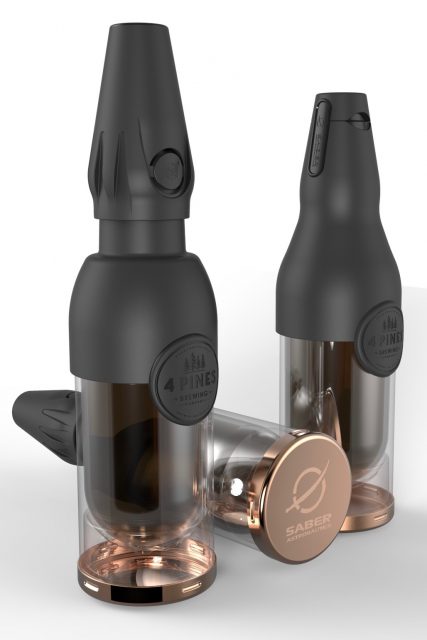 Mitchell’s ‘space beer company’ Vostok is in the final stages of testing the prototype and launched a crowdfund campaign on 7 April with the goal of raising US$1 million to help fund the manufacturing of the bottles.

The aim is to have the beer bottle ready for commercial space flights next year.

“With hundreds of people signed up for commercial space flights already, a beer is bound to top that experience off,” Mitchell said. “We’ve anticipated that demand and are on track to meet it,” he added.

To coincide with the beer bottle launch, Mitchell’s Sydney-based 4 Pines Brewing Company has created a beer that can be drunk in space that will taste as good as those enjoyed on earth.

Food and drink tastes different at high altitude as the senses are dulled, so the space beer – 4 Pines Stout – was designed with this in mind and packs a flavour punch. “We had to re-imagine the beer from scratch,” Mitchell said.

The base recipe is a dry Irish style Stout made with a seven-strong malt line-up. According to Mitchell, the beer boasts aromas of “coffee, chocolate and caramel” and a “smooth finish”.

Vostok was created seven years ago by Mitchell with the sole purpose of creating the world’s first beer to be drunk in space.