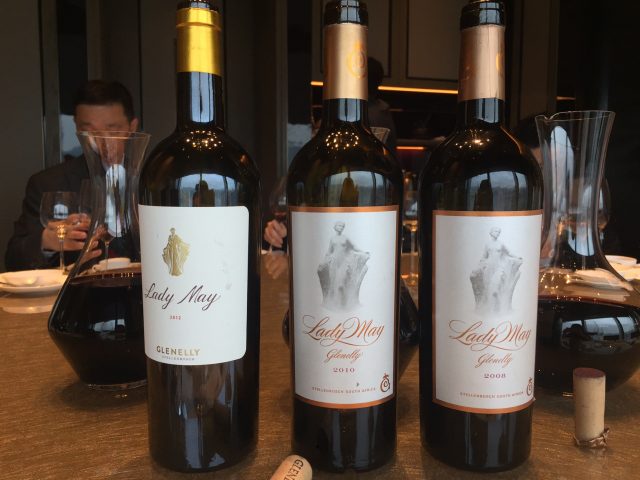 The winery only started making wines in 2008, and within a few years mainland China has grown to be its biggest export market, where its sales volume for 2018 is expected to reach 60,000 bottles, said Nicolas Bureau, grandson of May de Lencquesaing, who is in charge of Glenelly wine sales.

“We sell a lot in China. We have a very good importer called Easy Cellar,” said Bureau, adding that the relationship with Easy Cellar and his grandmother May de Lencquesaing went back years, when the founder of the Chinese importing company was studying in Bordeaux.

“And we are the only South African wine in his portfolio,” he added.

Glenelly’s brisk business in China is in stark contrast to South African wines’ overall performance in the country, where its market share only accounts for roughly 1% of the total.

However, in the past couple of years, South African wines have been gaining traction, with the country’s wine trade organisation Wines of South Africa rolling out promotional events in Beijing, Shanghai, Hong Kong and other Asian cities.

Explaining on the lag from a historical point of view, Bureau said, “It [South Africa] has only been selling wine seriously since the late 1990s and early 2000s after apartheid, so it will take some time.”

In addition to the mainland market, Glenelly managed to find distributors in Hong Kong with Ponti Wine Cellars and Singapore last year via Wines of South Africa and the country’s PIWOSA (Premium Independent Wineries of South Africa) association.

Its wine sales in Japan this year are expected to reach 25,000 bottles, followed by Hong Kong, Singapore and Vietnam.

Asked about the ongoing drought in South Africa, Bureau admitted it has taken a toll on the country’s wine industry, resulting in the smallest vintage in over a decade, but was quick to point out that its impacts on Glenelly were limited, thanks to the winery’s well stocked dams across its vineyard sites.

Cabernet Sauvignon and Petit Verdot are the two main grapes, with the former dominating about 90% of the blend, used for its flagship ‘Lady May’ red. Its latest 2012 vintage also added Merlot for roundness and structure.

Increasingly, however, the vintner fears that Stellenbosch, the historic wine region in South Africa renowned for its Bordeaux blends, is being overshadowed by Swartland, “the new kid on the block.”

“Who isn’t promoting Swartland?” he asked wryly. “It used to be the new kid on the block, and now it’s established. Nowadays to promote Stellenbosch is a little bit more risky. People forgot about Stellenbosch, and think it’s old fashioned,” he continued.