UK winemakers are celebrating a record year after nearly 4 million bottles of sparkling and still wines were released into the market in 2017. 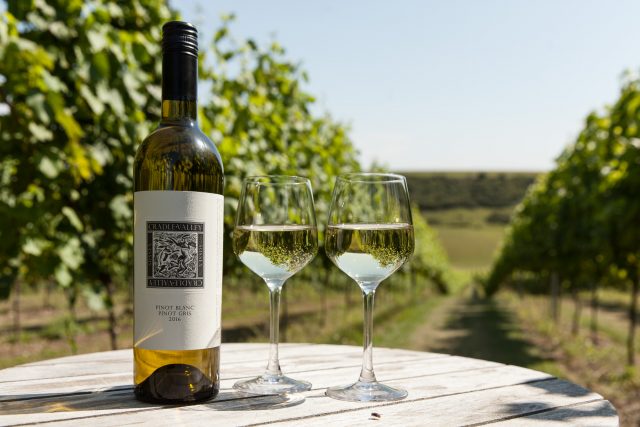 There was a 64% rise in English and Welsh wines available in both the on and off-trade last year, compared with the 2.36 million bottles released in 2016, according to figures from HMRC.

Although the UK has been known for its commercial wine production since the 1950s, until now the industry’s growth has been relatively slow. Back in 2000, just 1.34 million bottles were released from bond, according to the Wine and Spirits Trade Association (WSTA) which said said that “since then the numbers have steadily risen with some years faring better than others.”

The drinks bod said that part of the success of UK wineries was down to a bumper harvest in 2014, while the industry is also reaping the benefits of a “huge investment in the sector leading to an increase in vines planted over the last ten years.”

The rise in production is a promising sign despite the threat Brexit has posed on the UK’s drinks industry, according to WSTA chief executive Miles Beale, who said the quality of English and Welsh wine is now “so widely recognised, the wine industry’s newest challenge is meeting growing demand.”

“The English wine industry is a true British success story and has ambitious plans to increase exports,” he said. “We hope to see production continue to grow and forge ahead with new export opportunities.”

The news comes as a number of wineries specialising in sparkling wines have ramped up their production and received national acclaim.

Meanwhile Rathfinny, England’s newest estate in Sussex, recently disgorged its first sparkling wines ahead of a planned release in June, after eight years of preparation.

The winery also plans to sell 800 bottles of its Blanc de Noirs 2015 in pint-sized bottles next year, a nod to Britain’s planned departure from the European Union.

Imperial pint bottles were banned in favour of metric measures when Britain joined the European Economic Community in 1973.

The family run wine estate will increase the English wine portfolio and aims to eventually reach production of over 80,000 cases by 2025.

Sparkling wine accounts for 66% of all expressions produced in England and Wales, according to the WSTA.