Latour to include Forts 2012 in next release

Château Latour has announced that the wines it intends to release towards the end of the month will be the 2006 grand vin and, for the first time ever, 2012 Les Forts de Latour – will the latter be enough to entice collectors to part with the estate’s asking price? 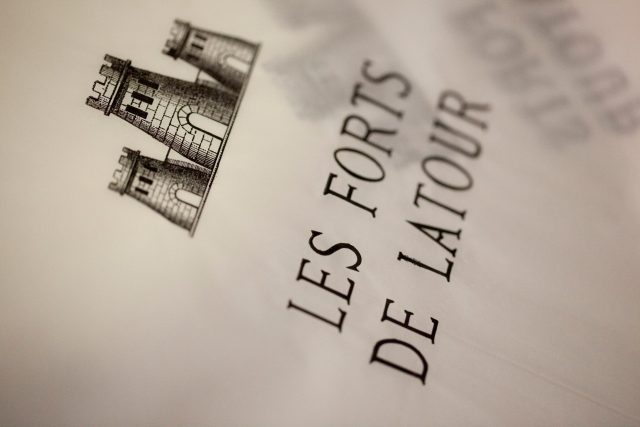 Although announced today, the wines will not be released until 21 March so while the wines are known, the prices are not.

The two wines represent a fairly intriguing pairing. The 2006 is something of an ‘off’ vintage in Bordeaux, not a ‘bad’ year exactly but certainly with a pretty austere, tannic side and considering Latour’s well-known tendency to keep one wonders how closely the estate is sticking to its mantra to only release wines that are, “ready to drink”.

Still, Robert Parker was a big fan of the wine. His in-bottle score back in 2009 was 95 with a note that read: “From barrel, I thought it was a modern day version of the 1996 or 1986, and certainly the 1996 comparison still holds. I thought it was somewhat austere from barrel, but that is no longer an issue. This is a beautifully rich Chateau Latour boasting a dense ruby/purple colour, a sweet, smoky, charcoal, cassis, graphite, and forest floor-scented nose, full body, an attractive freshness, and sweet, noble tannins. This layered Latour is one of the vintage’s top dozen or so wines.”

Latour itself says on its website: “The fruit is less exuberant, but the ‘Latour’ character is very present. A wine that will benefit from very long ageing and that will require a long time in the bottle before showing a more integrated structure,” – which, again, doesn’t sound much like a wine entering its peak drinking window.

Currently priced at around £5,400 a dozen in-bond, it will be interesting to see what premium Latour sees fit to charge for it this time.

Although the estate has technically released a 2012 wine before – the third wine, ‘Pauillac de Château Latour’, last year – this marks the first time a 2012 from one of its labels that really matters has been released.

Famously, Latour has not released any of its 2012 grand vin or second wine having bowed out of the en primeur process after the campaign for the 2011s.

Like the 2006, 2012 is another ‘off’ vintage but widely acknowledged as a rather charming, ‘good drinking’ year. Latour describes it thusly: “The colour is dark with a beautiful intensity. The nose is fruity, refined, ripe and extremely expressive. On the palate, the wine is rounded and smooth, spicy and very aromatic. It evolves pleasurably towards a delicious finale with fine tannins.”

Parker rated the 2012 Forts 90-points back in 2015 calling it, “a beautiful, elegant wine” but while it has all the necessary scores from various critics, for the first time there’s no other Latour 2012 in the market to use as a guide when it comes to price. Latour’s releases have tended to fall somewhat flat in the past because the premium the château has charged was judged to be a bit too high when comparing the latest ex-cellar release with the same wine already in the market.

Not so in this instance. This is a key moment in Latour’s bid to leave en primeur behind; the release of a blue chip wine from a reasonable enough vintage at a price it demands. Just how much have collectors been longing for 2012 Forts de Latour?