Helen Mirren did a Tequila shot on the red carpet.

Hollywood came to a standstill last night as A-listers came together to celebrate the 90th Academy Awards in Los Angeles on Sunday 4th March.

Of course, if the highlight of the Hollywood calendar is anything like the BAFTA’s, we know the only thing guests truly care about are the free food and drinks

We’ve taken a look at the food and drinks served at the Oscars this year, from the Grosvenor Ball’s Champagne partner to the trendy menu which spares no expense by celebrity restaurateur Wolfgang Puck.

Click through to see what the stars eat and drink at a stateside awards ceremony, compared with our own annual celebration of film and theatre. 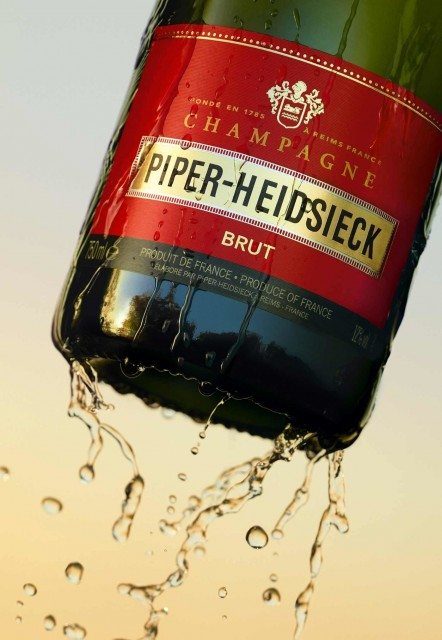 It wouldn’t be a black tie ball without Champagne, and while Tattinger has a long, established partner with the British Academy of Film and Theatre, Piper Heidsieck has been in charge of the reception at the Californian counterpart for just four years.

Piper-Heidsieck event created a limited-edition magnum bottle to be poured at the ceremony and the Governors Ball – the Academy’s official Oscars after-party.

Described as “an exceptional bottle for an exceptional night,” the scarlet Piper-Heidsieck Cuvée Brut magnum features a design of gold film around the bottle.

“Piper-Heidsieck has a long and rich association with cinema and is proud to return to the Oscars, the ultimate arbiter of cinematic achievement in film,” Benoit Collard, global executive director of Champagne Piper-Heidsieck said on its release.

Coppola wines — which are also the exclusive choice of the Sundance Film Festival — were the only ones to feature at the awards dinner and Grovenors Ball afterparty. Two special edition wines were created just for the galas — a 2016 Chardonnay and 2015 Cabernet Sauvignon, from his “Director’s Cut” series, specifically for the galas.

A selection of Pinot Noir, Sauvignon Blanc, and a red blend made with Cabernet Sauvignon and Cabernet Franc, were also on offer, reports Forbes.

An accomplished vintner and controversial filmmaker, Coppola has won writing Oscars for Patton (1970) and The Godfather (1972), as well as three Oscars for The Godfather, Part 2 (1974). His seminal films include The Conversation (1974) and Apocalypse Now (1979), among many others.

Located on the former Chateau Souverain Winery, the winery displays several of Coppola’s Oscars along with memorabilia from his movies, including Vito Corleone’s desk from The Godfather and a restored 1948 Tucker Sedan as used in Tucker: The Man and His Dream. Coppola described the estate as a “wine wonderland” and a place to “celebrate the love of life.”

Sacré Sauvage! Exotic name, faithful to the audacity of our new creation.⁰⁰Rendez-vous on July 1st to discover it. pic.twitter.com/UY7cURwtFG

If that’s not all, stars also hit the spirits hard this year. Celebrity chef and restaurateur Wolfgang Puck headed up the menu this year, which included an orange-spiked Champagne cocktail; the Sacre Sauvage.

To make, combine four ounces of rosé Champagne with ginger syrup, orange bitters, triple sec, grapefruit zest, blueberries and ice in a tumbler-style wine glass and serve to your most glamorous friends.

While A-listers at the Oscars often wait until ad breaks to sip their beverages so as not to be seen drinking, Helen Mirren, spotted shotting Tequila on the red carpet before the ceremony, just came for a good time.

Never thought I’d dream of going to a big Hollywood event until I saw this pic of Helen Mirren taking a shot of tequila on the red carpet. pic.twitter.com/iUYmH45X5p

It was most likely from Don Julio, who announced a partnership with the Oscars earlier this year which saw the brand hand out some 5,000 speciality cocktails in the form of the Protagonist (1 1/2 ounces Tequila Don Julio Blanco, 1/2 ounce Pimm’s The Original No. 1 Cup, 3/4 ounce Fresh Lemon Juice, 1/4 ounce, Simple Syrup, 2 ounces Tonic Water, Sliced Cucumber and Borage Flowers for Garnish). As Helen Mirren proves, the mixer was optional.

After the alcohol, the food is the next and only other important part of the Academy of Film’s annual awards ceremony.

Guests worked there way through an estimated 15kg of American farm-raised caviar, 250 lobsters, and 800 stone crab claws, according to the Academy’s website.

Small plates have been a hallmark of the contemporary restaurant scene in London and New York, and it looks as though the awards menu follows suit.

Starters included black truffle pot stickers and wagyu beef tartare, before diners moved onto a large selection of small plates from white asparagus soup and mint pea and carrot ravioli to yet more wagyu beef and black truffle chicken pot pie, with plenty of vegan options and even a sashimi bar for clan-eating guests.

For dessert, Puck provided a substantial buffet of pastries and chocolate, including cocktail inspired macarons with flavours such as negroni, gin mojito and piña colada.