The Hakkasan Group has launched a new alcohol-free list at its London restaurants that includes wood-infused water, salted juices and a new Mai-Shin category – a tea and rice infusion similar in flavour to sake. 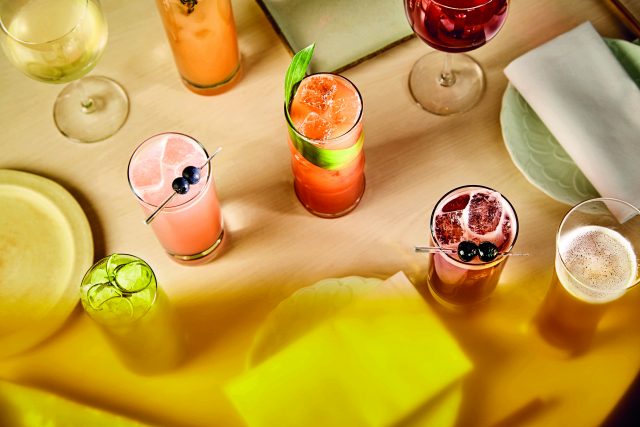 The Orchard List will cater to increasing demand for alternatives to alcohol, featuring a list of beverages devised by the group’s head of wine, Christine Parkinson, acknowledging that there remains a lack of premium non-alcoholic drinks available in restaurants.

“The Orchard List project has been an opportunity to breakdown the notion that premium is only tied to alcoholic drinks,” she said. “This should be extended to other drink options for guests to enjoy while dining.”

It includes the newly created drinks category ‘Mai-Shin’ – a tea and rice infusion with a flavour best described as alcohol free sake. Two varieties of Mai-Shin have been created: Sukkiri which is floral with notes of pear and apple blossom, and Mattari which is creamier in flavour with great depth and body.

Salted juices also feature, as well as drinking vinegars – which are diluted with sparkling water and popular in south east Asia – along with a number of fruit blends, including the Pombucha, a blend of blueberry, pomegranate, ginger, elderflower and LA Kombucha.

A selection of tree waters, including Ogam Bottled Wood (a wood-infused water from France), and Akashi Tai ‘cider’, imported exclusively from Japan, complete the list.

The Orchard List is available at Hakkasan Group’s London restaurants: Hakkasan Hanway Place; Hakkasan Mayfair; Yauatcha Soho; Yauatcha City; and Sake no Hana in St James’s, with plans to introduce it to its international restaurants later this year.