Famed Soho pub not shutting down

One of Soho’s most famous pubs, Pillars of Hercules, has closed for refurbishment but will remain a pub and is due to reopen later this spring. 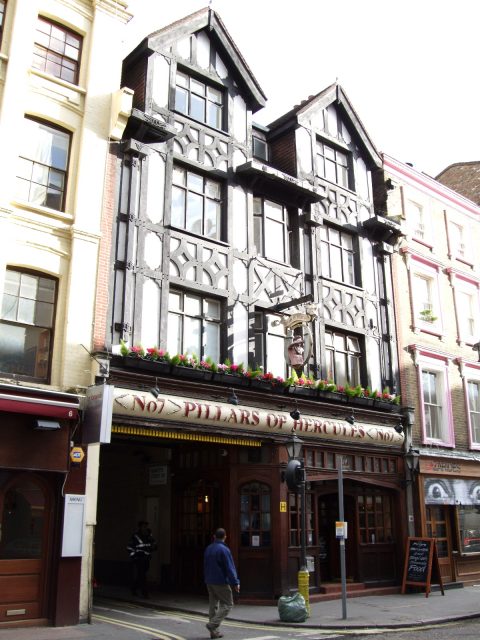 Following a post on its Facebook page that seemed to suggest that it had closed its doors on 24 February for the last time, there were fears that the Greek Street establishment was gone for good.

A sign in the window however declared: “The reports of Pillars of Hercules [sic] demise have been greatly exaggerated.

the drinks business has managed to confirm with the previous landlords that Pillars of Hercules will indeed remain a pub but under new management.

At the time of writing it has not been possible to confirm who that might be, nor if the pub will keep the same name – though this seems likely.

Founded around 1700 (though the current building dates to 1910), the Pillars of Hercules is a Soho landmark and has accrued many claims to fame in its time including the oft-cited but hard-to-pin-down claim that it was mentioned in Charles Dickens’s A Tale of Two Cities.

Upon further inspection it seems the reference is actually rather more oblique, with one of the book’s characters, Dr Manette, believed to be named after the street that runs past the pub under its famous arch – Manette Street.

Another rumour is that the classic British counterculture film of 1968 ‘if…’ came into being when producer Seth Holt introduced screenwriter David Sherwin to the film’s eventual director, Lindsay Anderson, in the Pillars.

Closer literary connections come in the form of Martin Amis, Ian Hamilton, Julian Barnes and Ian McEwan who reportedly made the Pillars part of their drinking circuit at various points in time.

The literary critic Ian Hamilton did so much work at the pub that he named his second book At the Pillars of Hercules after it.