With thousands of years of wine producing culture dating (possibly) more than 6,000 years, Italy is one of the world’s biggest wine producers and few countries have more indigenous grape varieties than the Mediterranean peninsula. 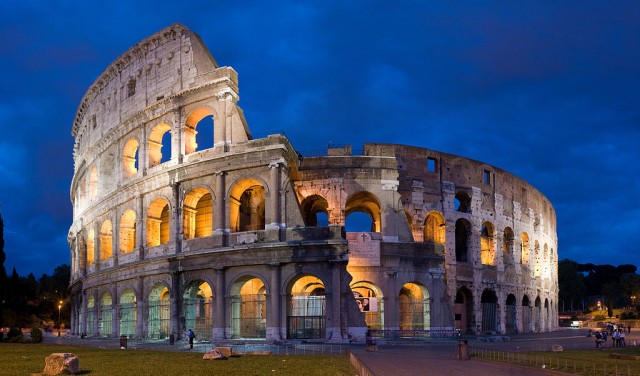 With that in mind, it’s easy sometimes to overlook the historical, indigenous grapes – nearly 400 recognised varieties- especially when the country’s Nebbiolo, Sangiovese, Trebbiano, Glera, Pinot Grigio are much celebrated and examined.

Here we rounded up 10 lesser-known and under-appreciated grape varieties from three regions – Sicily, Sardinia and Piedmont – that are making exciting and age-worthy whites and reds that we encourage you to seek out. 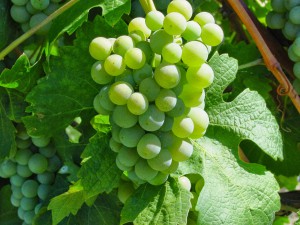 A white grape variety commonly found in Piedmont, Arneis was traditionally blended with the Nebbiolo grape in the past to soften the red wine, lending it the nickname as ‘Barolo Bianco’ or ‘white Barolo’.

Originally from Roero, the grape was on the verge of extinction in the 1970s when only two wineries were making Arneis wines, Vietti and Bruno Giacosa. But with the growing appeal of the region’s Barolos and Barbarescos, consumer demand for white wines from famous producers started to increase as well, pushing producers to start making more whites.

A low-yielding grape, Arneis is inherently low in acidity and ripens usually in the second half of September. One example of the white wine is Ceretto’s ‘Blangè’ from Langhe. First produced in 1985, it is a 100% Arneis wine with notes of citrus and plenty of minerality. 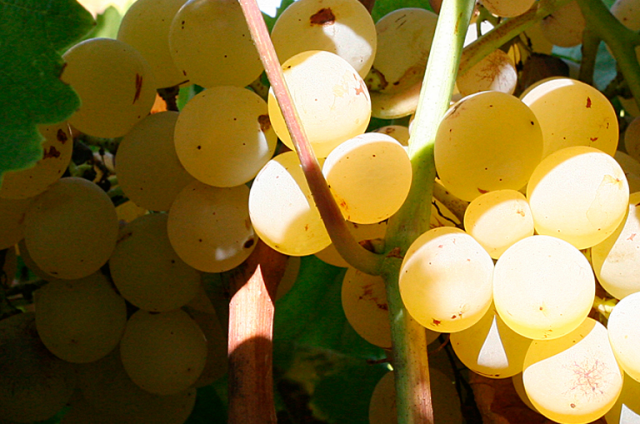 A cross between Sicily’s Catarratto and Muscat of Alexandria, this Sicilian white grape variety has mainly been used in the production of Marsala for more than two centuries.

But with the popularity of Marsala dwindling, the grape has found another life as a still wine.

The grape is vigorous and well adapted to the Sicilian heat. Often grown on bush vines, the grape’s bunches are large, elongated and with large, medium rounded, berries which take on a golden hue when fully ripe.

The name Grillo is translated as ‘cricket’ (the insect not the sport) in English, and planting of the grape is concentrated mainly in Sicily.

Sicily’s Tasca D’Almerita is among of the first estates to produce dry wines using this grape variety. It makes three 100% Grillo wines at three of its estates – Tenuta Regaleali, Sallier de La Tour Estate and Mozia – in stainless steel tanks to preserve the grape’s freshness and aromas. 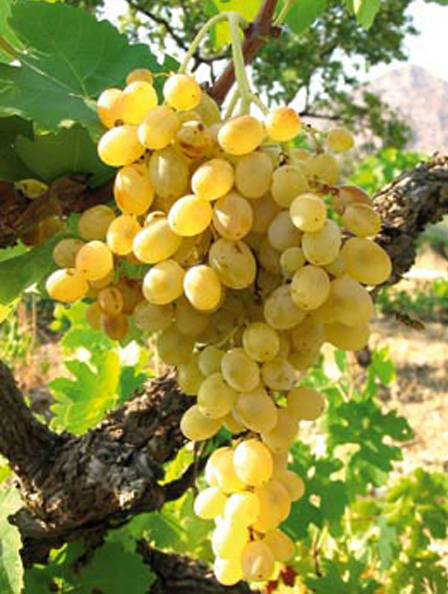 Inzolia or Insolia is a white grape variety commonly found in Sicily but also in parts of Tuscany, Lazio and Sardinia.

In the past it was often blended with Grillo in Sicily to make Marsala, but, as with Grillo, today Inzolia is now often bottled as a varietal or sometimes blended with other Sicilian varieties such as Catarratto and Grillo or international grapes like Chardonnay to make dry white wines.

The ripe fruit usually has a higher sugar content and a low acidity. The wine is moderately aromatic and has nutty, citrusy and herbal notes.

The grape is grown across Sicily but mainly in Palermo and Agrigento.

In Tuscany, the grape is more commonly known as Ansonica, especially on the island of Elba, Giglio and Costa dell’Argentario.

The red grape was once the exclusive black variety of Trapani and Palermo provinces in northwestern Sicily, but with dwindling popularity, its plantings had dropped down to just 230 hectares by 2010.

Also known as Pignatello, the berry has very thick, leathery and blue-black skin and gives wine with good alcohol content.

One of the earliest and oldest estates in Sicily that is bullish on Perricone’s potential is Tasca d’Almerita. This is a grape that has been planted in its Regaleali estate in Sicily since 1954 in the San Lucio vineyard. The estate has 2.6 ha vineyards planted with this grape variety. 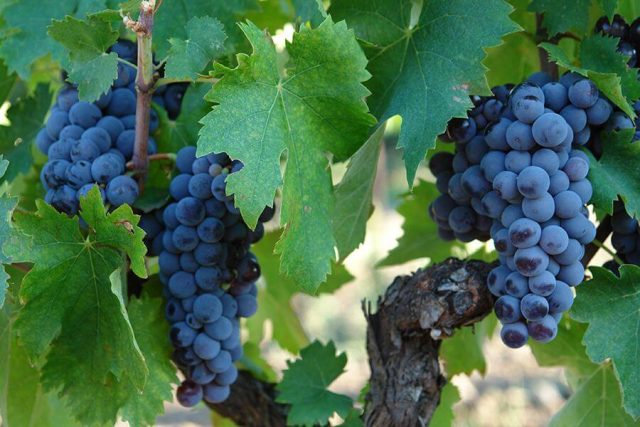 This red grape is increasingly gaining in popularity, and is most notably linked to Mount Etna in Sicily for making fine and firm red wines with good ageing potential.

Total plantings of the grape were measured at 3,000 ha in 2010, according to Jancis Robinson MW’s Oxford Companion to Wine, with many planted on the southern and northern sides of the active volcano.

The best examples of wines made from the grape are said to have characters of Sangiovese and Pinot Noir. 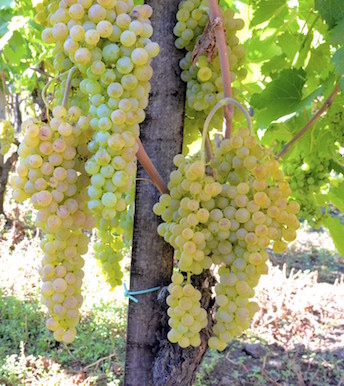 A typical white grape variety from Mount Etna in Sicily and often the dominant grape in the Etna Bianco blend.

The wine has straw yellow colour, and its perfume is quite complex, characterised more by the citrus and floral notes, sometimes more vegetal than those of yellow pulp fruit.

Etna Bianco DOC wines must be made with a minimum of 60% Carricante, and can be produced throughout the Etna grape-growing regions. Etna Bianco Superiore DOC requires at least 80% Carricante, Catarratto or Minnella (20% max) and the grapes have to come exclusively from the Milo area.

The best examples of the whites can be kept for a long time ageing. 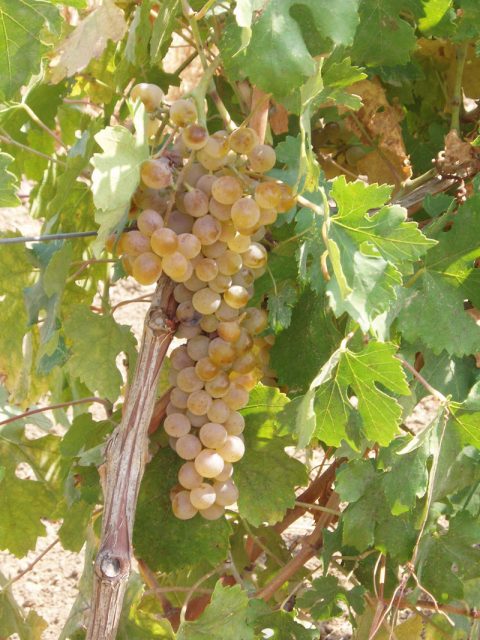 An ancient white grape variety that is mostly planted in the sunny and chalky zones around Cagliari in Sardinia, and to a lesser extent around Oristano. Its planting area is limited with only about 140 ha in tital. Its local dialect name is Nascu, which is derived from Muscus, meaning musk, because of the matured wines’ perfume.

At the height of the grape’s popularity, it was considered one of the most prestigious Sardinian white grapes, and was judged at the Vienna Universal Exhibition of 1873.

Most of the wines made from Nasco are bottled under the Nasco di Cagliari DOC label, which requires at least 95% of the wine to be Nasco. Aside from still wine, it’s used for sweet wine called passito and fortified liquoroso wines, usually in the southern part of Sardinia.

The grape is low-yielding and wines made from it are characterised by herbal notes such as rosemary and thyme, according to the book Italian Grape Variety Unplugged by Vinitaly.

One of the wineries that has been consistently bottling Nasco is Argiolas in Sardinia with its ‘Iselis Nasco’ label. 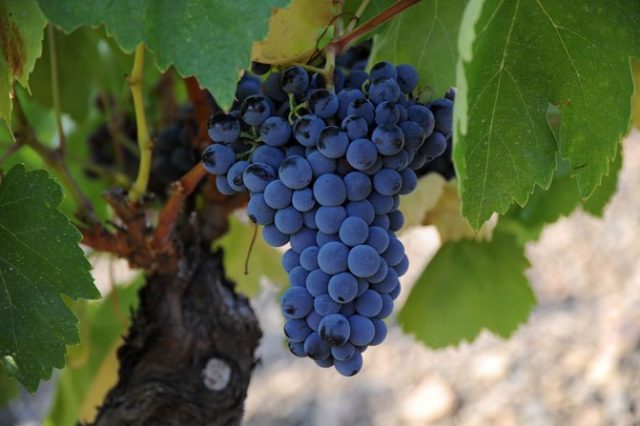 The grape accounts for 20% of the island’s total plantings, covering over 8,400 hectares with 70% concentrated in the province of Nuoro.

Hailed as ‘the king of all red grapes’ in Sardinia by one of the island’s pioneering wineries, Argiolas, for its quality and longevity, the grape is used for the winery’s flagship ‘Turriga Isola dei Nuraghi’.

The grape is often blended with other international or local varieties for still wine. It can be made into fortified wines under the Cannonau di Sardegna DOC label as well.

Wines made from the grape are rich in anti-oxidants, which is sometimes linked with the island residents’ longevity. 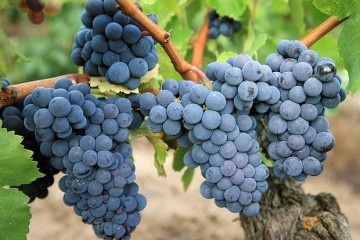 This red grape variety is concentrated in Sulcis, a zone between the mountain range of southwestern Sardinia and the sea.

Known as Carignan in France and Cariñena in Spain, the grape is believed to have been brought to Sardinia by the Spaniards, who ruled Sardinia for centuries (between the 14th and 18th centuries). Despite a relatively a smaller number of plantings – with around 1,700 hectares – the grape is considered one of the most important grapes on the island after Cannonau.

It is well suited to Sardinia as it requires a lot of heat to ripen, and its resistance to wind and drought.

Compared with wines of the same variety in Spain, the Sardinian version tends to be velvety, fleshy and soft. The ones coming from the seaside area of Sulcis where they are grown on sandy soil are said to be creamier, while inland sites with more clay produce brawnier and more austere examples, according to the book Italian Wine Unplugged.

Its DOC denomination is ‘Carignano del Sulcis’, which requires at least 85% of Carignano in the blend. 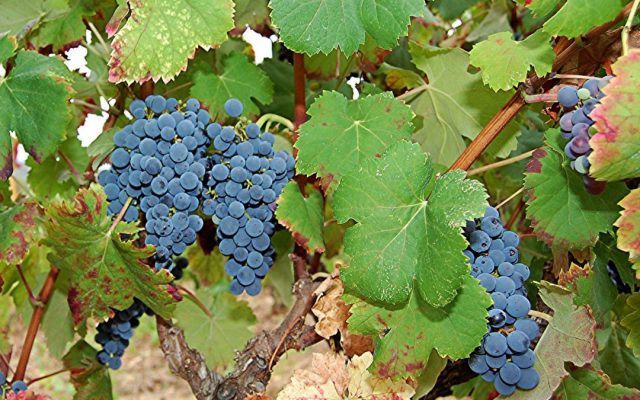 The Sardinian red variety is believed to be the Spanish variety of Graciano although some studies have suggested the variety is identical to another Bovale variety called Bovale Grande, but further study is needed to distinguish the grapes.

Also known locally as Muristellu, the grape is planted in different areas of Sardinia but the best versions are often found in the sunny zone of Mandrolisai in the province of Nuoro as well as Terralba in the Oristano area.

The grape is often blended with other local varieties such as Cannonau, Carignano and Monica, enhancing their acidity, structure and colour. One example is Argiolas’ ‘Korem’, a blend of Bovale Sardo, Carignano, and Cannonau.