At a masterclass in Hong Kong this week, Jancis Robinson MW talked to a packed room about the still under-appreciated delights of the world’s indigenous grape varieties.

“I am all for this because it widens our choice, and it’s not the case that Cabernet Sauvignon is suitable for every wine region in the world, and it certainly isn’t the case that Pinot Noir is suitable for every part either. I think it’s sort of in line with the trend for authenticity and traceability,” she stated, speaking to an over-subscribed audience in the Hong Kong Convention and Exhibition Centre.

There are about 1,368 grape varieties identified in Robinson’s sweeping encyclopedia on global grapes titled Wine Grapes, but the number could go as high as 1,500. As Robinson noted during her talk, interest in indigenous grape varieties has rocketed now that more winemakers, such as Miguel Torres in Spain, are showing a greater interest in preserving local varieties.

Italy is by far the country with most indigenous grapes, with around 377 recognised varieties, followed by other European countries such as France, Greece and Portugal.

dbHK asked if there were any promising indigenous grape varieties in Asia, Robinson gave a nod to Japan’s Koshu and Muscat Bailey A, but the two varieties still did not match up to today’s high standards.

“I think Koshu is an interesting white wine that is extremely Japanese, very pure, terrific with Sashimi. Really they are not like water but they really challenge you to get the flavour out of it,” she explained.

Muscat Bailey A, meanwhile, is one of the better known indigenous grape varieties in Japan, but “its quality isn’t good enough,” Robinson added, noting the grape is getting some traction among international trade.

In terms of Chinese varieties, wineries such as Changyu have been championing Cabernet Gernischt for some years now but it has been established that the variety is actually Carmenère, ruling out the possibility of it being an indigenous Chinese grape.

“And there’s Long Yan grape [meaning dragon eye] but I can’t think of anything wonderful in China, but perhaps we haven’t found it yet,” she continued.

India and Thailand are yet to discover quality wine grapes either, she added.

Here we’ve rounded up six indigenous grape varieties that are highlighted by the wine expert as being under-appreciated. Click through the slides to discover these obscure varieties. 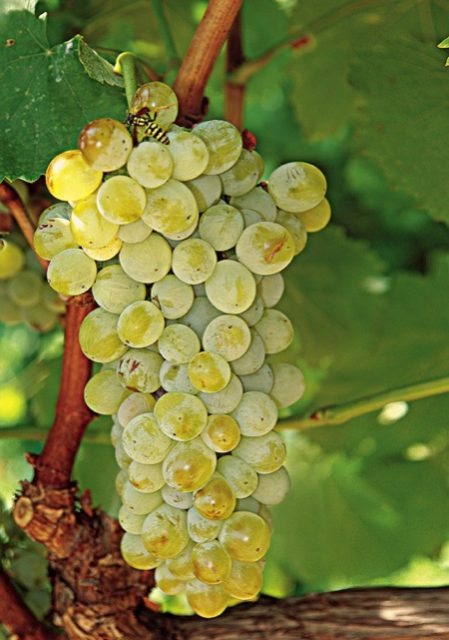 This is white wine grape variety usually found in hot and dry Santorini, Greece, a country described by Jancis Robinson MW as “fertile ground for interesting wines that are definitely Greek”.

The grape is planted all over Greece but it’s best when it’s grown on the volcanic soil of  Santorini. It’s now Greece’s third most widely planted white grape variety.

Marked by its high acidity, the wines made from this grape variety often have good structure and can age well, Robinson noted. Outside of Greece, it’s rare to find this wine, but Peter Barry, of Jim Barry winery in Australia, was so impressed with the wine on his holiday to Greece that he took some Assyrtiko plantings back home and launched an Australian Assyrtiko.

One of the representative Greek wineries that has been making quality Assyrtiko is Domaine Sigalas. Its 2015 Assyrtiko has a prominent bay leaf character that is a persistent feature for Greek white wines, according to Robinson. 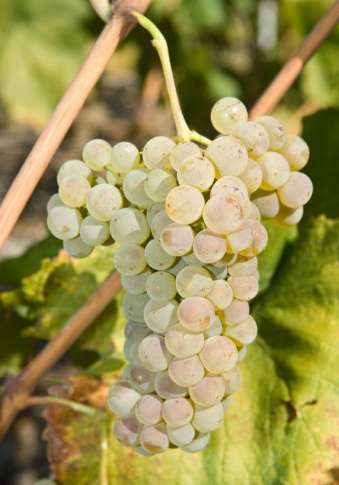 A late ripening white grape variety that has been grown in the Valais in Switzerland since 1602. Petite Arvine, also known as Arvine, develops most of its aromas and complex flavours in the sun-trapped Valais in the southwestern part of Switzerland.

The grape is little known outside as exports are limited but Switzerland was among the first countries to research and preserve their indigenous grapes.

Comparing a Domaine des Muses Petite Arvine 2015 with Greek Assyrtiko, Robinson noted the lower acidity in the Swiss white, attributing it to local producers’ keen use of malolactic fermentation to give wines a softer taste.

Angelo Gaja was impressed with the grape variety and planted it in Piedmont, but, far from its spiritual home, the project did not yield fruitful results. 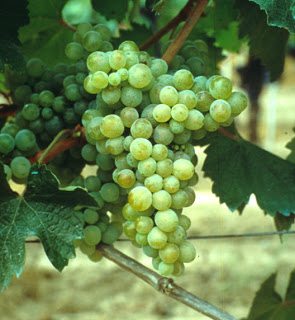 Don’t be surprised if you never heard about this grape variety given that Italy has 377 different types of indigenous grapes and even wine authority Hugh Johnson hadn’t heard of this variety before it was introduced to him by Jancis Robison MW.

The grape owes its existence to the Vigneti Massa winery on the southeast corner of Piedmont. Walter Massa, who is credited for rescuing the grape, described the variety as “a pain in the neck” due to its relatively low yield, one reason why the grape almost became extinct because growers were fed up with its low production.

Good quality Timorasso needs three or five years to integrate the high acid it delivers, a long period of time that has discouraged some local farmers from growing this grape. Nonetheless, planting of the variety has grown from less than one hectare to 60 hectares in Piedmont and there are 25 producers in the region making this wine. 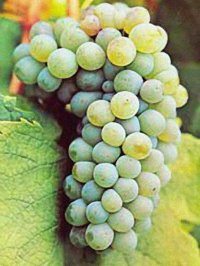 This wine comes from a region in northwestern part of Spain near Atlantic Ocean called Galicia.

The grape would almost certainly have become extinct in the 1970s if it weren’t for local producers like Godeval, who insisted on the wine’s potential and quality.

Mainly grown in Valdeorras, the grape’s quality is so obvious that now it has forayed outside of Galicia and is being planted in other parts of Spain as well. Its planting has grown from one hectare to 1,200 hectares, said Jancis Robinson MW.

The quality of a Godello from local producer Bodega Rafael Palacios was compared by the master of the wine to Puligny Montrachet. “I see some similarity in structure if not flavour with Puligny Montrachet. It’s got that kind of class to it,” she declared.

“It will age very well in a similar way to a white Burgundy”.

This type of white wine together with young Burgundies is encouraged by Robinson to go through decanting for maximum enjoyment.

The red wine equivalent to Godello is Mencia that is likewise spreading outside of its home in Bierzo of Spain. 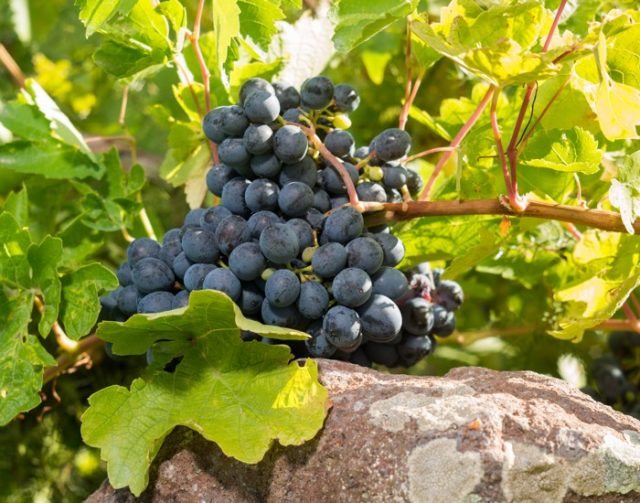 This ancient grape variety is grown in Armenia on the border with Azerbaijan. One notable producer making quality Areni is Zorah Wines founded by Zorik Gharibian.

Gharibian spent a decade researching indigenous grapes and was impressed by the quality of Areni. He then hired hired Italian oenologist Alberto Antonini to consult its winemaking, determined to produce quality wines with grapes native to Armenia.

The grape is capable of producing wines that have no shortage of freshness and acidity. Aged in clay amphorae rather than oak, the wine is fruity and spicy in character, noted Robinson when tasting a Zorah Wines Karasi Areni 2014, adding that ageing wines in clay pots has become a trend, popularised in Georgia but one that is slowly taking hold worldwide in countries like Chile where producers are reviving the tradition as well. 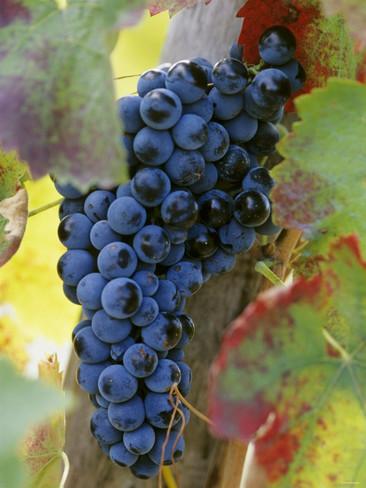 This native Italian red grape variety owes its existence to the Mastroberardino winery in southern Italy’s Campania, “who was always faithful to Aglianico”, as Robinson put it.

Even during World War II, the winery was consistent in exporting its wines, and has been vigorously guarding its Aglianico tradition.

Dubbed as the “Barolo of the south”, the wine has plenty of tannins and acidity. Its quality has been gradually recognised by wine growers which means its planting area has multiplied to 10,000 hectares.

A late ripening grape variety, the grape requires warm climate to fully ripen and is often picked in November. The first time Robinson tasted the wine, she exclaimed it was akin to “a classic act” that has a beautiful beginning, middle and end.