Vinexpo: China and US will drive global wine consumption

World wine consumption is set to reach a record global value of $224.5 billion by 2021, driven by the US and China, according to a joint report by Vinexpo and IWSR. 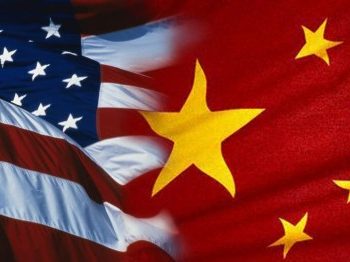 In terms of volume, the world’s volume sales is projected to reach 2.66 billion 9-litre cases by 2021. Growth by two of the biggest wine markets, China and the US, will offset declines in other parts of the world, particularly in Europe, based on the forecasts.

Over the next five years, China will become the world’s second largest market for wine behind the US.

Chinese consumption is expected to rise by over one third to $23 billion over the next five years when it will reach volume of 192 million cases.

A volume leap of 8 million cases in 2016 pushed the value of the Chinese wine market to $15.24 billion, driven almost exclusively by still wine, according to the report.

In the sparkling wine category, Prosecco will outstrip other major categories such as Champagne and Cava by 2021, when world Prosecco consumption is set to reach 40 million cases with its biggest market being the UK, followed by the US.

Champagne consumption on the other hand is projected to decrease by 4% by 2021.

In terms of spirits, Whisky is expected to perform particularly well, especially Scotch and US whiskey, and to a lesser degree gin and Tequila.

This development broadly reflects the premiumisation trend with premium-and-above segments growing the fastest, fuelled mainly by demands from the US and China, according to the report. Combined, they are expected to add 30 million cases in these price segments, compared to a net gain of 46 million cases globally.

Meanwhile, the Asia-Pacific region and Hong Kong are continuing to steam ahead as a major business hub with projected regional growth over the next five years from $29 billion in 2016 to $40.8 billion by 2021.

Guillaume Deglise, CEO of Vinexpo said: “Since Vinexpo began tracking world data so many years ago we have witnessed the remarkable rise of the Asia Pacific region and its massive contribution to growth of the wine and spirits sectors. Being in Hong Kong since 1998 is a winning strategic choice that Vinexpo offers to its clients”.

The 20th anniversary of Vinexpo Hong Kong exhibition will take place from 29 to 31 May, where 1300 exhibitors from 28 countries will showcase their products to an expected 18,000 visitors.