Bongkoch ‘Bee’ Satongun, chef of Paste restaurant in Bangkok, has been named elit Vodka Asia’s Best Female Chef 2018, for her well defined traditional Thai cuisine, making her the latest addition to the 17 female chefs from around the world who have won the award 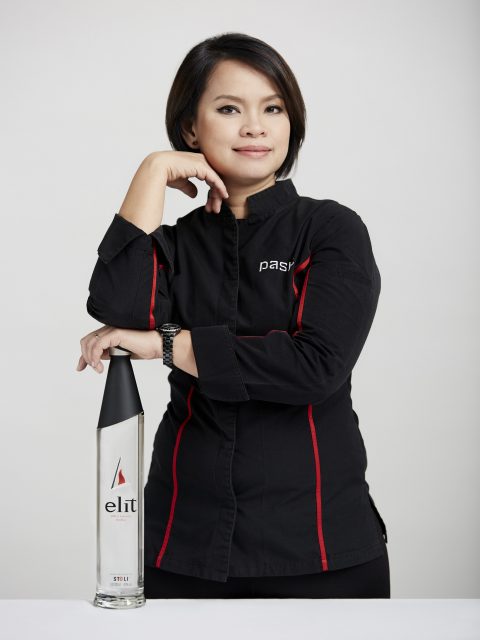 A self-taught chef, Satongun honed her culinary skills while working in her family’s local restaurant. Since opening the original Paste in 2013 with her Australian-born chef husband Jason Bailey, Satongun has made a name for herself with her use of centuries-old royal Thai recipes and rare ingredients.

The couple opened the current incarnation of Paste in Bangkok’s luxury shopping mall Gaysorn Village in 2015 and it was awarded a Michelin star in Bangkok’s inaugural Michelin Guide as well.

Drawing inspiration from royal Thai cuisine, Satongun creates dishes that are “defined by their authentic flavours, contrasting textures and attention to detail.” The restaurant’s curry pastes are made in-house and food is smoked with lychee wood, coconut husks and coconut meat.

Satongun commented while accepting the award: “My dream has always been to introduce the world to an elevated version of Thai cuisine. While I am shocked to receive this award, it inspires me for the future.”

Frances Gaillard, international marketing director for Stoli Group, overseeing elit Vodka, noted: “Bee is a pioneering chef, not only among women, but in the culinary community overall. Her nonconformist approach and masterful combinations will inspire the industry for years to come. As a spirit that prioritises the finest ingredients, elit Vodka congratulates Bee – a rare talent whose patience produces dishes with unmatched personality.”

Previous recipients of the title in Asia included Duangporn ‘Bo’ Songvisava from Thailand at Bo Lan restaurant (2013), Lanshu Chen from Taiwan (2014), Hong Kong’s Vicky Lau (2015), Margarita Forés of the Philippines (2016) and May Chow from Hong Kong (2017).

Satongun will be presented with her award at the ceremony for Asia’s 50 Best Restaurants on 27th March 2018 in Macau.