Craft beer is better for you than wine, according to experts

Sipping on a pint of craft beer is better for you than a glass of red wine, according to new research. 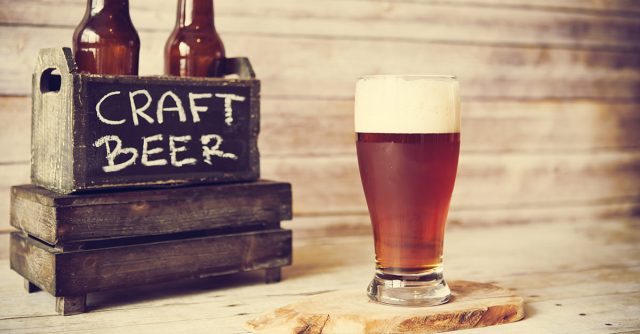 While doctors and researchers are keen to capitalise on the heart healing properties of antioxidant-rich red wine, a new study has revealed that craft beer might be even better for you than initially thought.

The study, carried out by California’s Polytechnic State University, found that craft beer, which is typically less pasteurised than its mass-marketed counterpart, contains more “good things” such as niacin or vitamin B3, and brewers yeast, which is known to lower bad cholesterol.

“We all know that a glass of red wine is good for you, but it turns outs a pint of craft beer is better, it has got more good things in it,” Professor Mike McCullough, who led the study, told AAP.

Your instances of heart disease and your instances of type 2 diabetes decreases on an amount that’s comparable, if not a little bit more, than if you are drinking red wine,” he added.

While McCullough said that both have the potential to prevent type 2 diabetes and heart disease, he noted that craft beer has been left out of the health limelight due to the unhealthy associated lifestyles more wedded to beer drinking than wine.

“You associate a beer drinker’s diet with nachos and unhealthy eating habits,” he said, “but the trend with more differentiated beer and higher-end beer is that you are eating it with meals.”

While it has long been thought of as one of the unhealthiest drinks on the market, numerous studies have been published throughout the years to eliminate the stigma around beer.

Back in 2014, a survey by the Campaign for Real Ale (CAMRA) concluded that the majority of Britons wrongly believe that wine is healthier than beer, when in fact moderate drinking of any alcohol has been linked to better heart health, preventing dementia and even mental wellbeing.

Back in 2014, a then 50-year-old Macpherson told Yours Magazine that she regularly douses her long locks with beer to “keep it shiny”, a trick passed down from her mum.

Prof McCullough is set to present his findings at the annual conference of Australasian Agricultural and Resource Economics Society in Adelaide.