90% of sparkling Vouvray remains in France

Myriam Fouasse-Robert, a wine tour operator in the Loire Valley, believes the UK is missing out on sparkling Vouvray, as only 10% of it is exported. 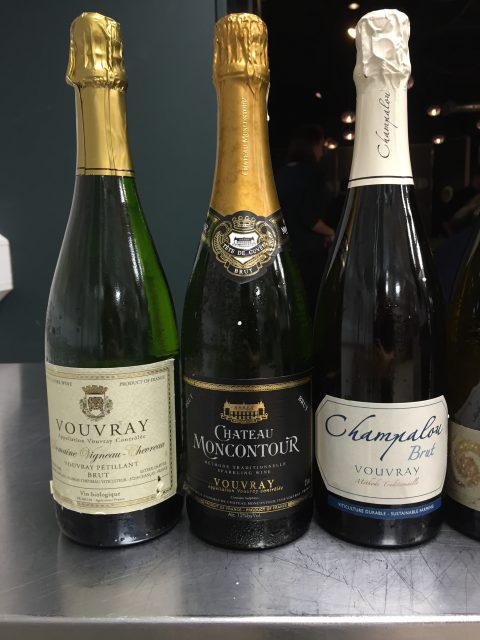 Speaking to the drinks business at an event last month hosted by Great British Chefs in partnership with Vins de Vouvray, Fouasse-Robert revealed that sparkling Vouvray wines seldom end up in the UK market.

“There is not enough production at the moment,” she said. “There is not much more sparkling wine to sell than what is found on the French market”.

The low production volumes, however, has not stopped the region’s still wines from gaining traction overseas. Whereas sparkling wines represent between 60 and 65% of the production in Vouvray, only around 10% is exported. In comparison, two thirds of Vouvray’s still wines are exported.

Sparkling wines produced in Vouvray are made from Chenin Blanc and, according to Fouasse-Robert, the grape makes “lively, well-balanced wines, with a lot of freshness as well as a long finish”. They also, she says, offer great value for money with the price of a ‘good’ example roughly equating to the price of an ‘average’ bottle of Champagne.

At the event – a fish cookery masterclass held at the Underground Cookery School with food prepared by former head chef at the Michelin-starred Outlaw’s at the Capital, Tom Brown – three sparkling Vouvrays were on pour, with varying degrees of sweetness. These included offerings from Domaine Vigneau-Chevreau, Château Moncontour and Domaine Champalou.

When asked what will increase the category’s popularity, Fouasse-Robert said that having greater volumes of the wine available will help “to conquer new markets”.

In addition, she believes that “on an individual and collective scale, more resources should be put into promoting sparkling Vouvray wines abroad”.

In partnering with Great British Chefs last month, Vins de Vouvray are aiming to both increase knowledge of the region’s wines within the UK and to demonstrate their versatility and food pairing abilities.

Founder of Rendez-Vous dans les Vignes, a company which conducts wine tours within the Loire, Fouasse-Robert told db that her clients are frequently surprised “by how ‘cheap’ the wines are compared to how much work is involved”. At Vignoble Alain Robert, where Fouasse-Robert’s husband works as the winemaker, sparkling wines range from €6 to €10 a bottle.

By law, sparkling Vouvray wines are made using the traditional method and are required to age for a minimum of 12 months in bottle before they can be sold. This therefore means that bottles are sold around 18 months after the harvest.

During tastings conducted as part of her wine tours, visitors are also “amazed at how fine the bubbles are and how tasty the wines are”, Fouasse-Robert added.