With news earlier this week that Diageo is reopening Scotch whisky distilleries Brora and Port Ellen, Ian Macleod Distillers has announced it intends to reopen Rosebank as well. 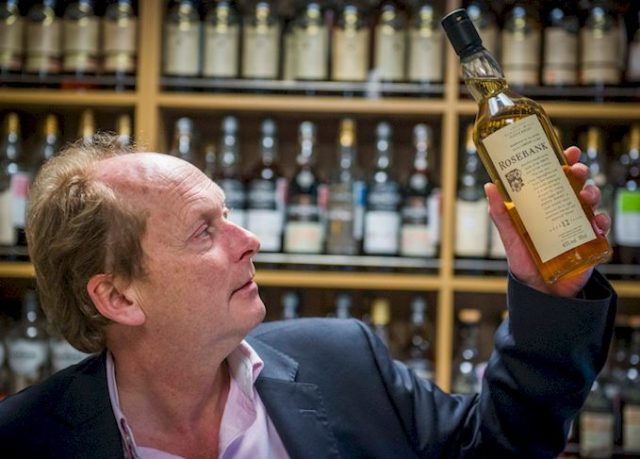 Operating for more than 175 years from 1817 to 1993 when it was closed by then-owner Diageo, Rosebank on the banks of the Forth and Clyde Canal in Falkirk is one of the most famous of the ‘closed distilleries’ and its malt whiskies are highly sought-after and collectible and can sell for thousands of pounds a bottle.

At its peak it was distilling 123,000 gallons (319,000 litres) of whisky a year. Although there were plans to turn the site into a craft brewery back in 2013 this (clearly) did not come about and now Ian Macleod, which owns Glengoyne and Tamdhu as well, has acquired both the site from Scottish Canals and the trademark and remaining stocks from Diageo.

With some £12 million set aside for investment over the next five years reports ScotchWhisky.com, the distillery is to be reopened and begin distilling again, with Ian Macleod also planning to open a visitor centre to tell the story of Lowland single malt according to the BBC.

Managing director of Ian Macleod Distillers, Leonard Russell, said: “To bring back to life an iconic distillery and quintessential Lowland single malt is truly a once in a lifetime opportunity.

“As such, this is an extraordinarily exciting project for us.”

The first spirit from the reopened distillery is expected in 2019 although fresh Rosebank releases from the stocks acquired from Diageo can reportedly be expected in the meantime.