The UK Conservative party’s 1922 Committee has revealed that it plans to release its own gin called ‘1922 Gin’ as part of its support of the British gin industry. 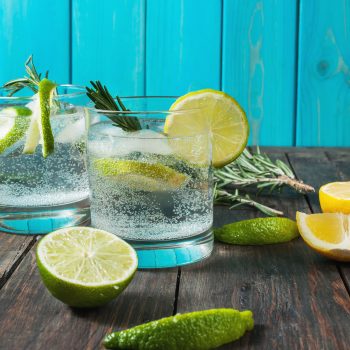 Backbench Tory MPs will visit the City of London Distillery to choose their own blend from a wide variety of botanicals to make the gin in advance of the 1922 Committee’s 100 year anniversary, with the gin’s release set to mark the milestone.

The event was hosted by the WSTA to garner support for the drinks trade and its Budget submission, which was delivered to the Treasury last week and highlights the excessive duty payable on wine and spirits in the UK.

On an average-priced bottle of 40% abv gin, £8.05 is made up of duty alone, which means that, when bulked out by VAT, £10.35 on every bottle goes directly to the Treasury, according to the WSTA.

A 3.9% increase on alcohol duty rates was announced in March of this year, with the WSTA fighting against further increased this autumn and calling for a freeze in duty, arguing that after a freeze in 2016 on spirits duty, revenues to the Treasury rose by 7%.

The WSTA’s chief executive Miles Beale also used the event to call for Government support of Free Trade Agreements that prioritise deals with the EU, the Far East and the USA, and called on Boris Johnson to “put his money where his mouth is” and ask British Embassies overseas to support British drinks exporters too by serving British gin and English sparkling wines at official functions.

“Gin sales continue to grow and grow,” said Beale. “We are delighted that Graham Brady and 1922 Committee will be making a gin with City of London Distillery; and we look forward to tasting the product of their efforts.

“As we set out in our Budget submission, and as we made clear to MPs last night, our rapidly growing British gin industry, which includes thousands of small and medium-sized enterprises – including those using one of the 89 new distilleries established in the last two years – needs the active support of Government to continue to grow.

“And it’s not just gin, many entrepreneurial spirit makers are held back by the UK’s excessively high duty rates, making it harder to invest in their business and take advantage of new opportunities overseas.”

“This is why we’re calling on the Chancellor to freeze duty rates in November. A 3.9% blow has already been dealt this year. It would be deeply unfair to inflict further misery on producers.”