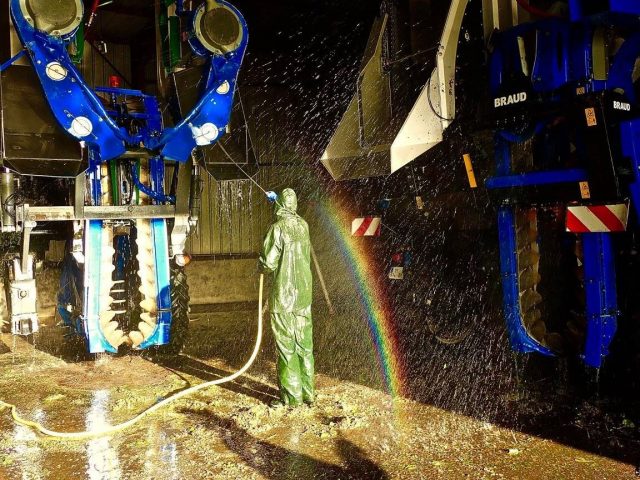 Important cleaning takes place in Domaine Jean Durup & Fils in Chablis after the grape harvest, which lasted from 5 to 19 September. 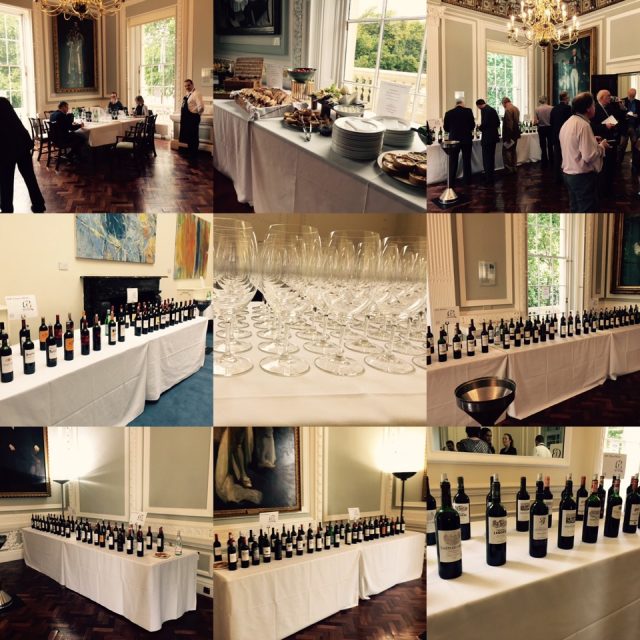 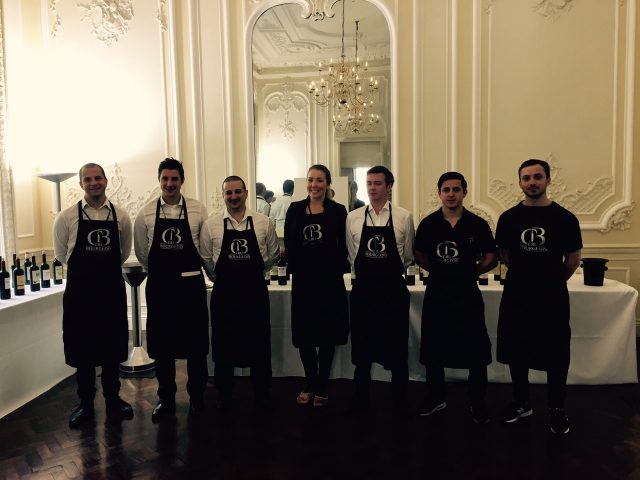 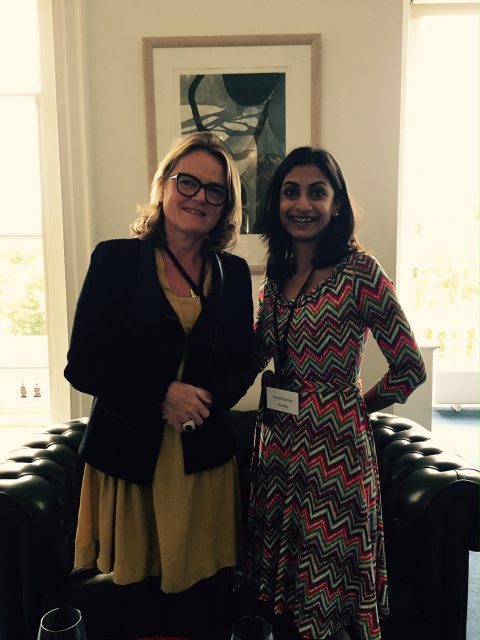 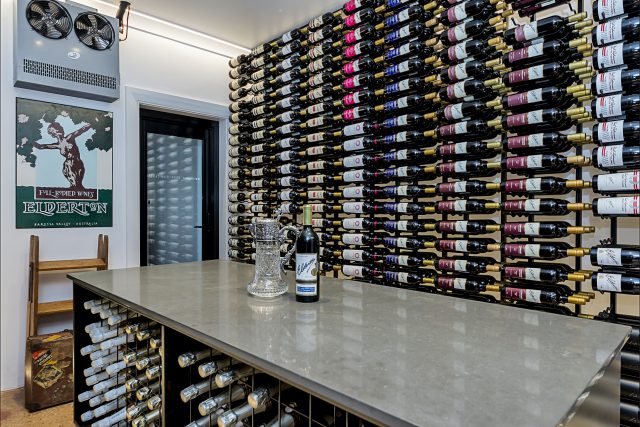 Second generation owners of Elderton Wines Cameron and Allister Ashmead opened up the doors to their family home in South Australia’s Barossa Valley as the wine label’s new cellar door. 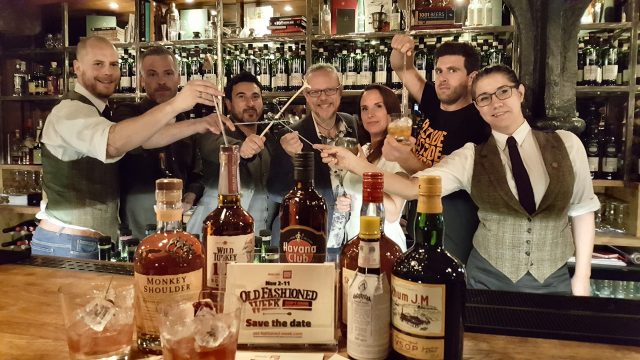 UK ambassador for Old Fashioned Week Peter Holland [centre], sponsors and bartenders helped stir up their own favourite version of an Old Fashioned at the global launch.  It was hosted at SMWS Kaleidescope bar London on 19 September. 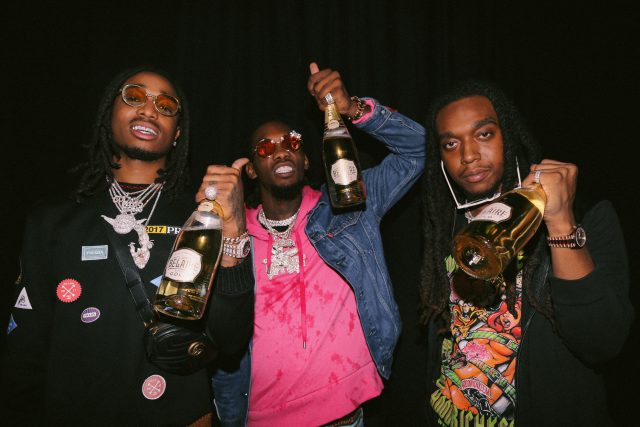 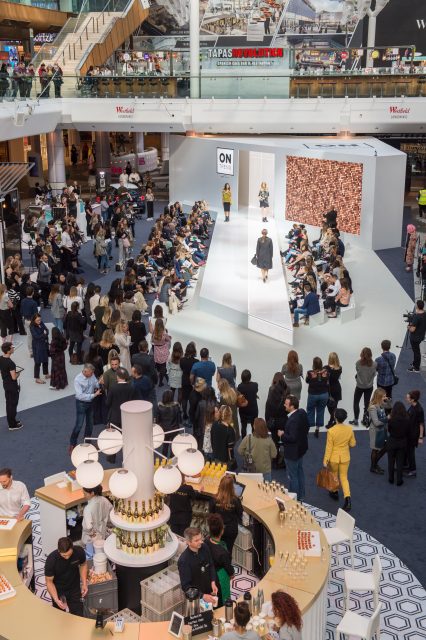 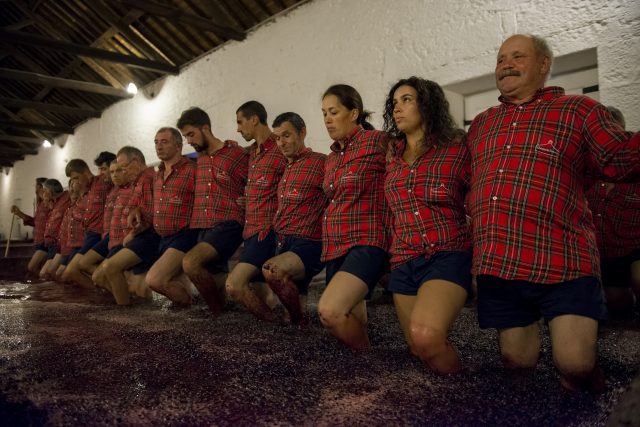 Last weekend, a group of 26 people took part in the ancient art of grape-treading at the Symington Family’s Quinta do Vesuvio. The group can be seen treading one day’s entire picking of Touriga Franca grapes.

Ferrari returned as the official sparkling wine of the Emmy Awards, other nominees included James Corden, Susan Sarandon and Thandie Newton. The cast of This Is Us, Sarah Paulson, The Americans star Keri Russell and her old friend J.J. Abrams, producer of Westworld, were also spotted enjoying Ferrari at the fete. 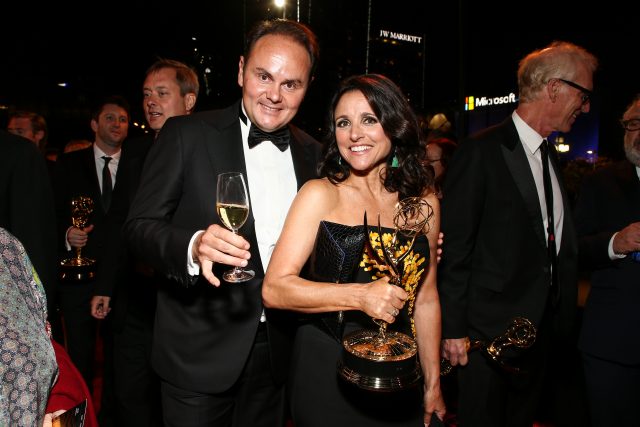 The theme of this year’s gala dinner, “Golden Grandeur,” celebrates the confluence of luxury and sustainability: a message strongly supported by Ferrari Trento, which received organic certification for its vineyards earlier this year. 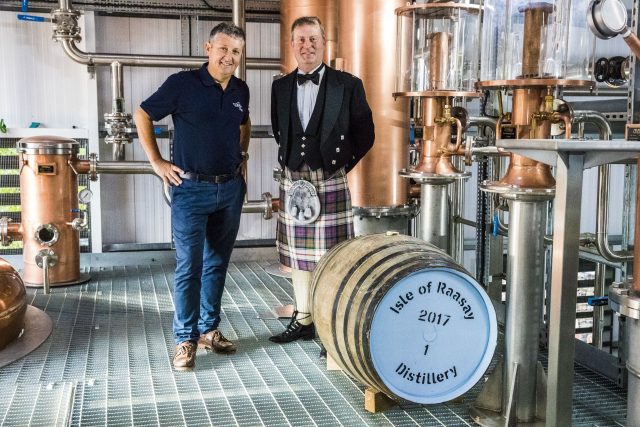 The launch of the Isle Of Raasay Distillery took place last weekend, the first (legal!) whisky distillery on the remote Scottish island of Raasay. 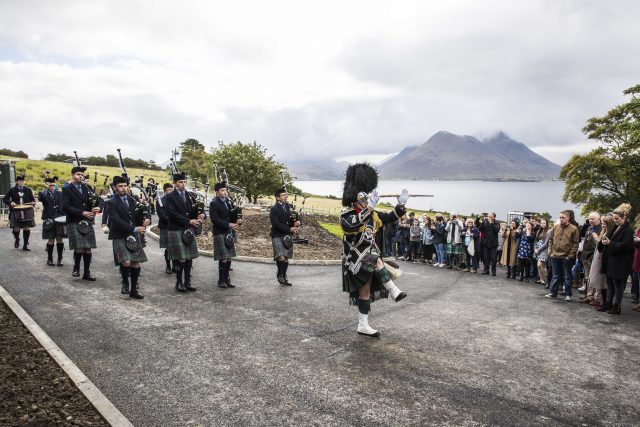 Notable features of the launch included the Isle Of Skye pipe band marching off the Skye to Raasay ferry and leading a procession of islanders, press, founders and VIPs up the hill to the new distillery, which began distilling on Saturday​​​​​​​​​​. 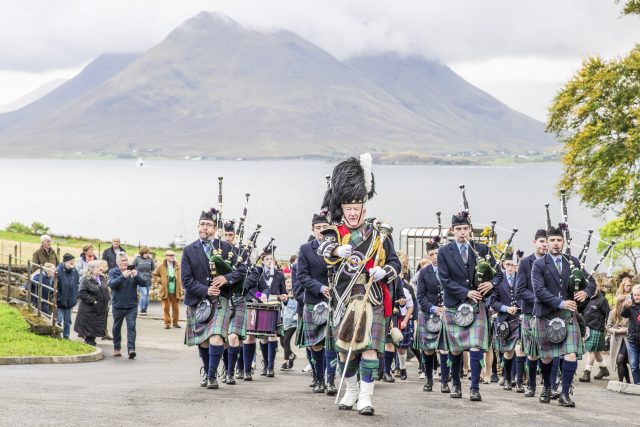 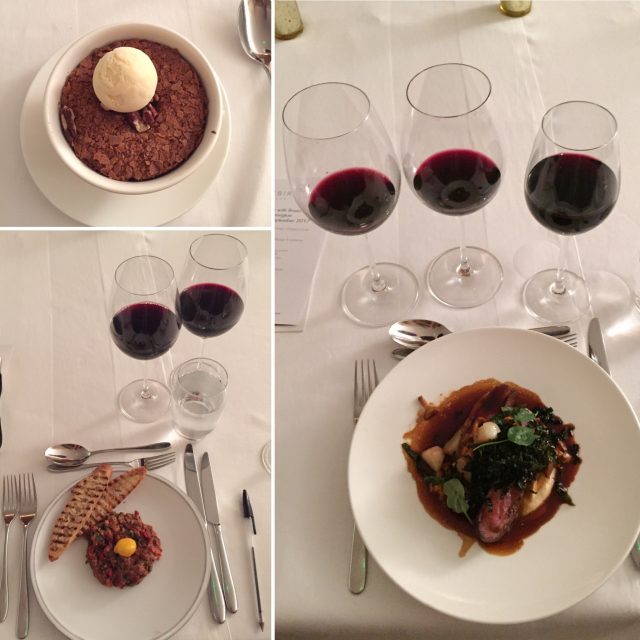 db‘s Phoebe French was invited to a vertical tasting of Prats + Symington’s Chryseia hosted by winemaker Bruno Prats at the Bluebird in Chelsea. On pour were the 2013, 2014 and 2015 vintages as well as the 2004 Quinta de Roriz vintage port. 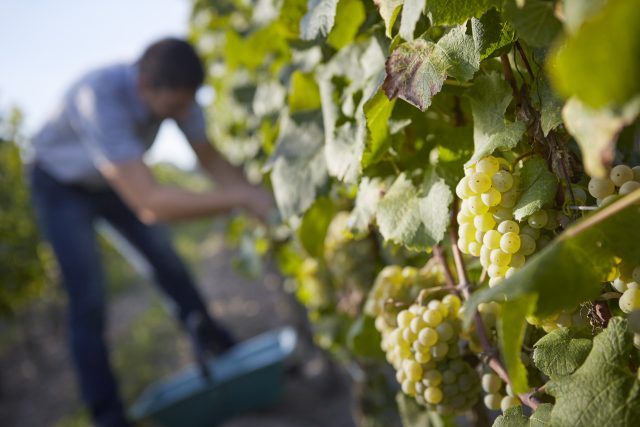 After an early dry white harvest, Dourthe Vineyards in Bordeaux is now turning its attention to the reds, with picking starting on 13 September. 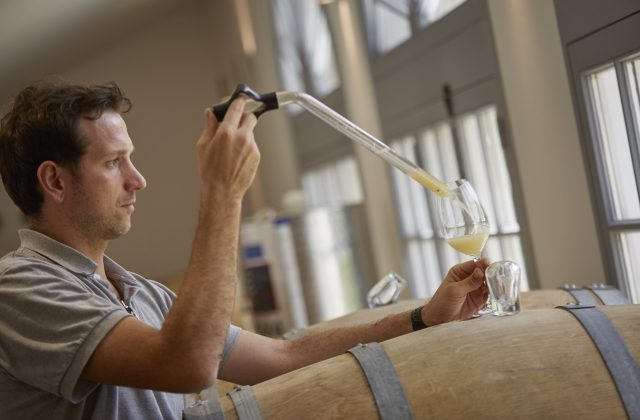 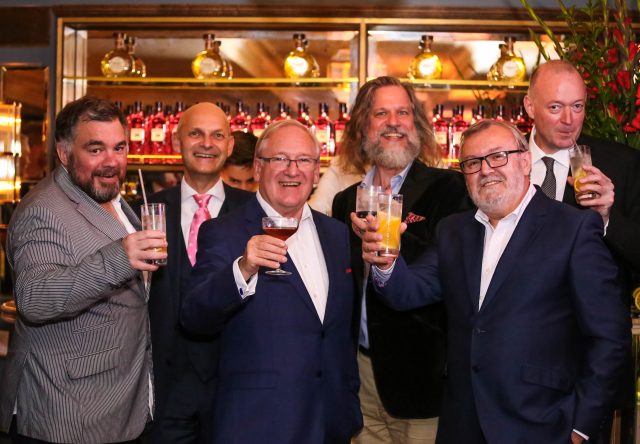 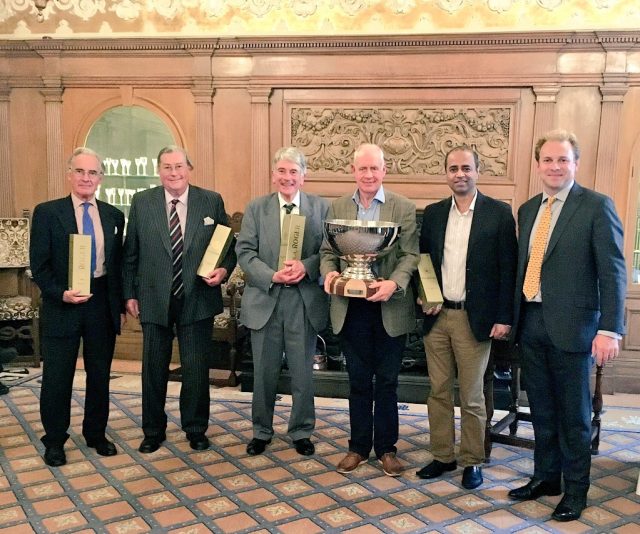 For the second year running, the Midlands branch of the WSTA emerged victorious at the Champagne Pol Roger Inter-Regional WSTA Blind Wine-Tasting Match held at Vintners’ Hall this week. The team celebrated with bottles of Pol Roger Blanc de Blancs 2008. 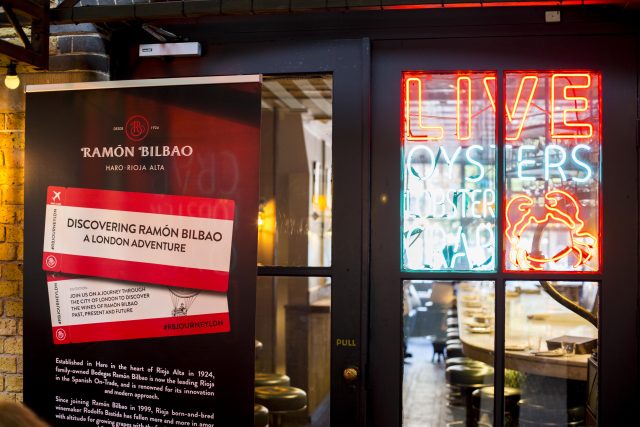 Earlier this week, teams of Enotria & Coe customers and account managers were taken on a journey through the City of London to discover the wines and philosophy of recently-signed Rioja agency, Ramón Bilbao. The journey culminated at the Ramón Bilbao Altura party, hosted by Enotria & Coe and Ramón Bilbao, 35 floors up at Fenchurch Street’s Sky Garden. 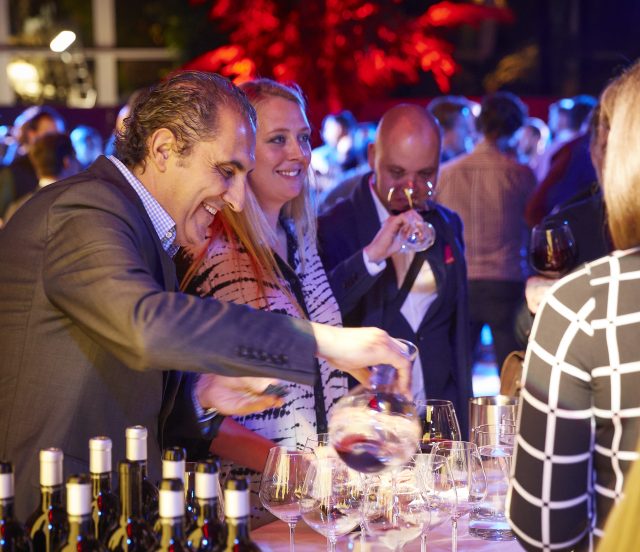 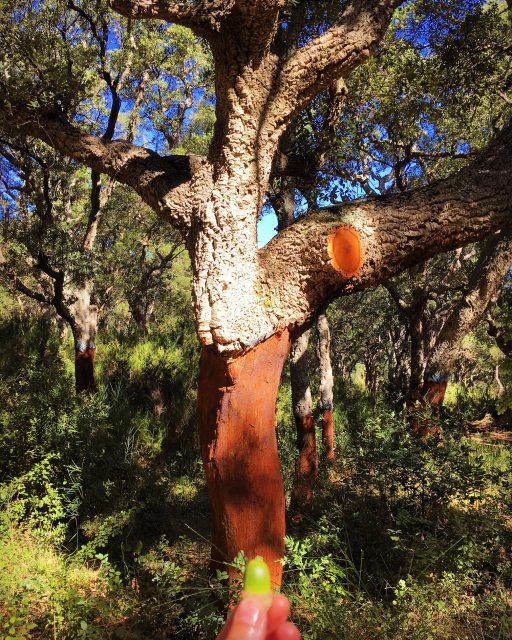 db’s Lucy Shaw spent some of this week ambling among ancient oaks at a cork forest in Palafrugell in Catalonia as part of cork producer Trefinos’ 250th birthday celebrations. It takes around 50 years for a cork tree to produce cork of sufficient quality to be used as stoppers. 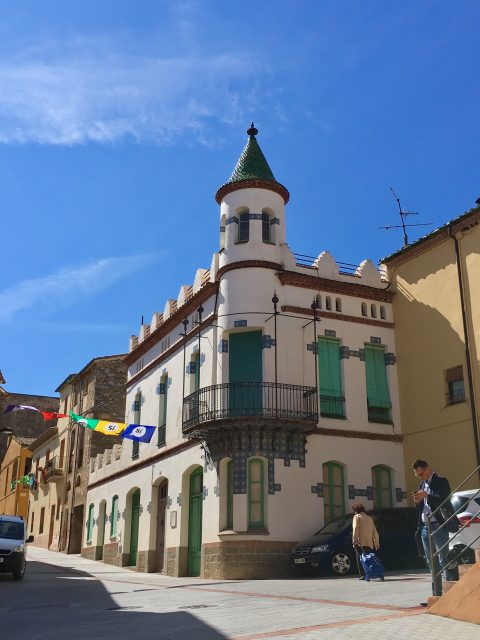 The town of Palafrugell is incredibly quaint and seemingly lost in time. We particularly approve of its turrets. 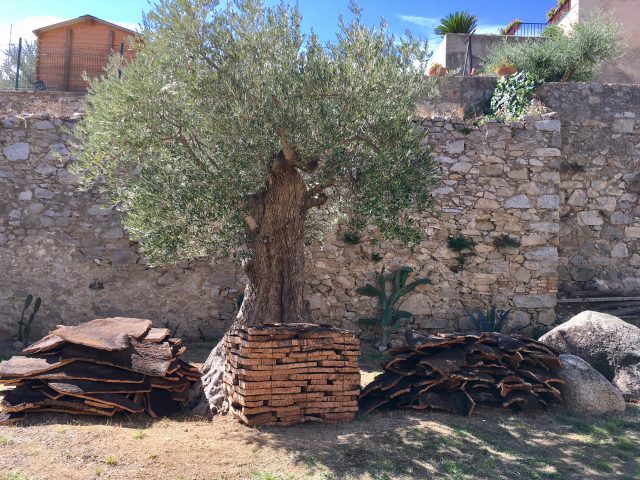 As part of our tour we visited one of Trefinos’ old cork making warehouses where its wares were on display under a shimmering olive tree. 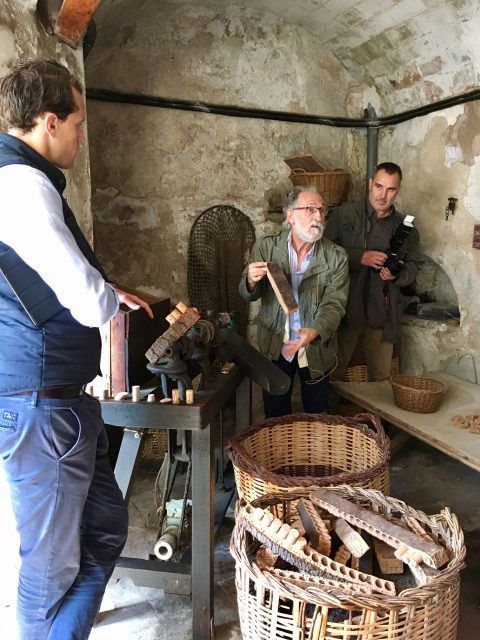 During the tour, we were shown how corks were historically extracted from the strips of oak. 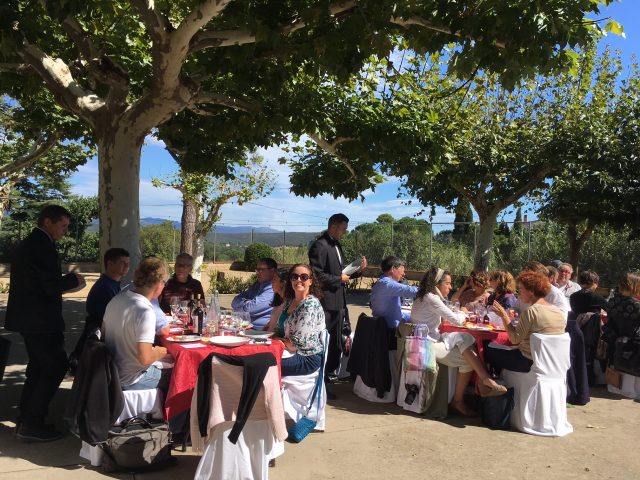 After the tour we enjoyed an al fresco lunch including croquetas, calamari, pan con tomaté and tortilla washed down with lashings of local wine. 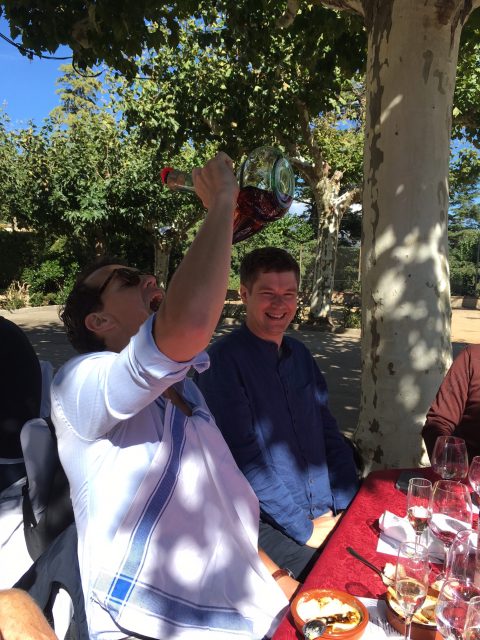 At the gala dinner that night to mark Trefinos’ 250th birthday, we were lucky enough to be catered for by the Roca brothers of nearby El Celler de Can Roca in Girona. Among the playful treats served were starfish, exploding Campari-filled bon bons, foie gras nougat laced with black truffle, and caramelised olives plucked from the tree – as modelled here by the lovely Juan Park of Wine Intelligence. 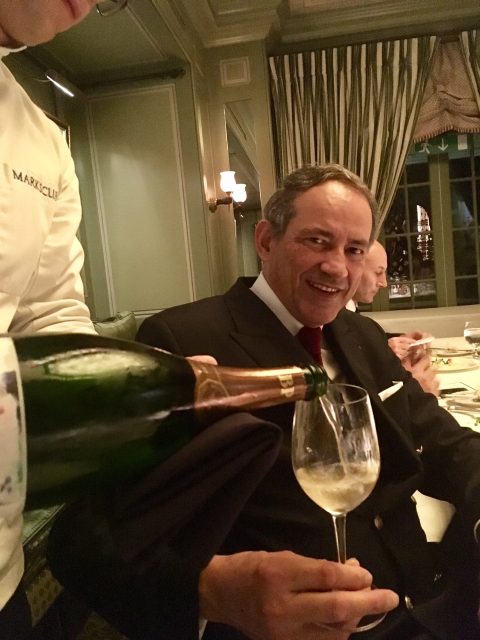 Back in London we headed to Mark’s Club in Mayfair, for the launch of the 2002 vintage of Pruno Paillard’s prestige cuvée, Nec Plus Ultra, meaning ‘the finest example of its kind’. The fizz spends nine months in white Bordeaux barrels and a minimum of a decade on its lees. 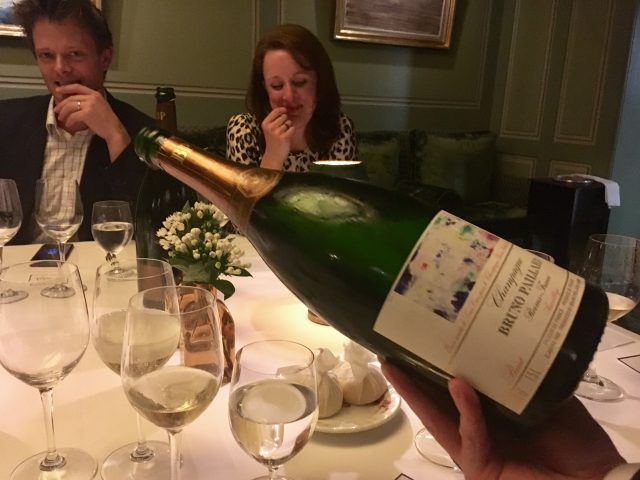 We were also treated to a tasting of Bruno Paillard Blanc de Blancs 2002 and Bruno Paillard Assemblage 2002 in magnum, which were paired with Devonshire crab and avocado; and lobster salad with mango, basil and pea shoots, which Champagne enthusiast Peter Crawford and PR guru Sally Bishop got stuck into. 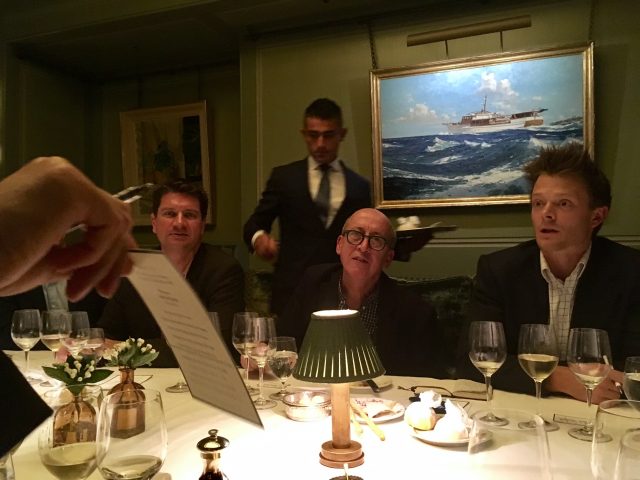