Elephants have a known taste for alcohol but what would it take to get one ‘drunk’ in the wild, and is the old folktale about their liking for fermenting marula fruit true? 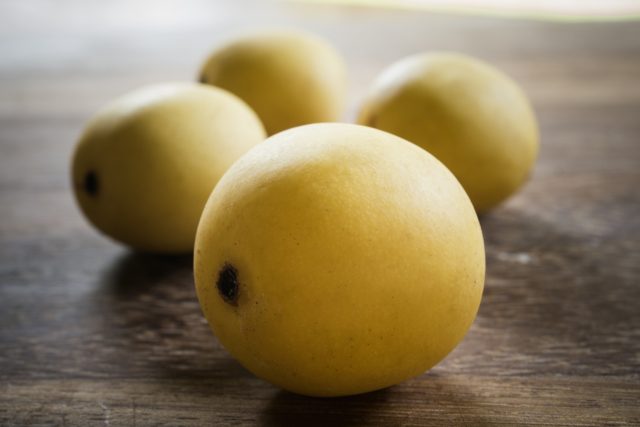 It is well known that many wild animals are partial to fermenting fruit, occasionally eating too much and exhibiting what we might describe as ‘drunken’ behaviour.

Southern African folklore has it that elephants are especially keen on the fermenting fruit of the marula tree and that they gorge themselves on the bright golden berries until intoxicated. One study has even claimed a single fruit can naturally ferment to 7% ethanol, which is quite punchy for a berry some 3.5 centimetres in diameter.

The fruit most certainly can be used in fermentation and is used to in brewing, fruit wine making and distillation – one of Africa’s most popular and famous liqueurs, ‘Amarula’, is made from marula fruit. But can it be naturally high enough in alcohol to give even an elephant

It is the fruit that “drives elephants mad” as they say on the savannah and it’s certainly true that elephants eat a great deal of the fruit and have been seen and photographed looking extremely woozy or wound-up from time to time after doing so.

A French naturalist, Adulphe Delegorgue, who travelled through the Zulu kingdom in the late 1830s wrote afterwards that his guides had told him of the “aggressive” behaviour of bull elephants after eating marula fruit.

“The elephant has in common with man a predilection for the gentle warming of the brain induced by fruit which has been fermented by the action of the Sun,” he observed.

A scientific report published in 20061 by scientists at the University of Bristol however has cast doubt on this folkloric tradition.

First of all, the study asked, without cultured yeasts, “can the fruit of the Marula become sufficiently alcoholic?”

As stated above, a 1989 study asserted that an alcoholic content of 7% was possible but, “there appear to be no other data to support this high level.”

A 2004 study found overripe palm fruits could have up to 4.5% ethanol but little beyond that is recorded. In fact, the authors admit, empirical studies of alcoholic content in naturally fermenting fruit are “surprisingly few”.

At most, they thought, in ideal conditions, a fallen marula fruit could potentially reach an alcoholic content of 3%.

Next they turned to what it might take to get an elephant ‘drunk’.

In humans, 0.15g of alcohol per 100ml of blood is enough to produce “overt” signs of intoxication. A 70kg (154lb) human therefore would need to drink 90ml of ethanol to achieve that blood-alcohol content (BAC).

On that basis, a 3,000kg elephant (the size of an adult female, males can be twice as heavy) would require 3.87 litres of pure ethanol or 55 litres of 7% ethanol (the supposed amount in the marula fruit) to achieve the same BAC.

However to blithely assume that elephants are bigger and therefore can absorb higher volumes of intoxicants is wrong. Human and elephant metabolism should apparently scale to a power of ~0.75. In 1962 scientists failed to apply this and accidentally killed an elephant by overdosing it on a massive 297mg of LSD. Less than 4mg was required.

Proportionally elephants actually have less blood in them than people. Whereas in our 70kg person blood volume would account for 7% of body mass, in our 3,000kg elephant it’s just 3.5%. On the other hand, they do have more of it. In a person the blood would come to 4.9kg and in our elephant 104kg. Scaled now, the 90ml per 100ml dose in a person becomes 1,900ml (1.9l) per 100ml in an elephant. A three-ton elephant therefore would have to consume around 10 litres of alcohol (of 7%) to start acting drunk.

As the study concludes on this particular chapter, however, this is heavily weighted “in favour of ‘drunken’ elephants” but when placing this data against the ecological reality of how and how much elephants eat, the likelihood of an animal the size of an elephant eating enough fermenting fruit to start seeing double starts to look doubtful.

To begin with the researchers point out that elephants tend to eat the fresh, non-fermenting fruit straight off the tree not from the ground (except perhaps fresh fruit they’ve knocked to the ground) and very few berries that do make it to the floor last long enough to start fermenting.

Even if marula fruit started fermenting in the animals’ stomachs, elephants have digestive systems that are extremely efficient at extracting sugars from what they eat, cutting fermentation off at its source.

The single greatest problem with elephants getting drunk off marula fruit is that it assumes the fruit is potent enough and can be consumed in sufficient quantities to provide the elephant with the 1.9l of 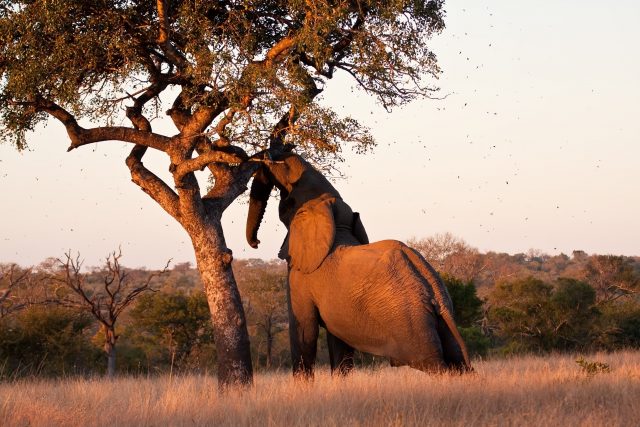 ethanol required to make it ‘drunk’.

The research team again took the optimum conditions and concluded that if an elephant visited 345 marula trees in a day, 131 would (probably) be in fruit and if 1% of the crop on each were ripe then an elephant could eat up to 48kg of fruit in a day which is in the 1% to 2% of food relevant to its body mass the animal needs to sustain itself.

This, however, doesn’t take into account any alcohol, just the effort required by the elephant to find the fruit in the first place and the possibility of it finding sufficiently ripe fruit to eat.

What’s more, it assumes the elephant is not eating anything else other than marula fruit and is not drinking any water – both of which it most certainly would be doing.

Furthermore, an elephant’s likely limit if it were ever to eat only marula fruit (for whatever reason2) would be 714 berries a day. One ripe berry weighing 42g so 714 add up to 30kg of fruit, 1% of a 3,000kg elephant’s body mass.

And the berries themselves are not big enough to have sufficient alcoholic volume either. To really maximise their impact each fruit would need to have a 38ml shot of 7% alcohol but with a large stone taking up around a third of their mass a marula berry only has around 22ml of flesh and juice to hold any alcohol in. Apparently it takes 200 fruits to produce 1L of marula ‘wine’.

As such an elephant would have to consume over 1,400 fruits3, so twice its potential intake, to achieve a BAC where intoxication was “overt” and if one assumes the fruits consumed managed to maintain a mean alcohol content of 3% (and even that is generous) and a 100% absorption rate into its bloodstream, then the elephant would be consuming the equivalent of around 27 litres of alcohol to reach the BAC of 1,900ml per 100ml mentioned above.

The study essentially concluded that marula fruit is neither high enough in naturally occurring alcohol nor generally consumed enough to provide the alcoholic hit required to give an elephant (and not even a big male at that) a buzz.

It should be clear by now that the possibility of elephants getting ‘drunk’ in the wild is extremely remote. Even if they feed on the fruit to excessive levels, it is almost impossible for them to consume a high enough volume of even partially fermenting fruit for them to reach inebriation. So what causes the aggression and falling about observed in these animals near marula trees?

Aggression is reasonably explained away as being part of a bull elephant’s territorial nature. Elephants do clearly like the taste of marula fruit and so a male will likely seek to drive off rivals in his orchard, which will of course attract the roving groups of females making them easier to find.

The research team also noted that the fruit is, “extraordinarily high in some vitamins, including nitronic acid and large doses may cause overt effects.”

Another theory posits that what might be making elephants appear ‘drunk’ after feeding at marula trees is not the fruit at all but what’s hiding in the bark.

The bark of marula trees is often teeming with beetle pupae which are full of a substance that the San people (the bushmen) have historically used to poison their arrowheads and darts. Elephants are known to eat the bark of the trees and it is this rather than the fruit that is perhaps the cause of their ‘drunken’ behaviour.

Finally, we should perhaps wonder if what we describe as ‘drunk’ in wild elephants isn’t just an example of anthropomorphism. We like elephants as ‘gentle giants’, we admire what we see as docility and intelligence and so the idea of them being drunk like us is appealing, even funny, but not necessarily accurate.

So while a rather majestic pachyderm graces the label of Amarula, a South African liqueur made with marula fruit, it wouldn’t be quite right to say elephants were the first to realise the fruit’s alcoholic qualities.4

On the other hand, if the legend of elephants getting drunk on marula fruit is just a legend, it is well known that when elephants do drink alcohol they have quite the taste for it, and it’s a trait known about since ancient times. Elephants may not be able to find alcohol in the wild but they can when in contact with humans and then the results are quite different and will be the subject of part two of this series.

2 Although in the right season the fruit does account for a large part of an elephant’s diet and they show a preference for it. Still, it would never be its only source of food.

3 One marula tree could easily provide that as the crop is often 8,000 fruits but they’re not all going to ripen at the exact same moment nor begin fermenting at the same time.

4 To be fair, Amarula’s makers, Distell, don’t, and refer only to elephants’ known taste for the fruit but not its supposed effects.