The Rioja consejo has approved proposals that will allow winemakers to include the names of smaller geographical regions and specific villages on their wine labels, building upon the approval of a single vineyard classification earlier this year. 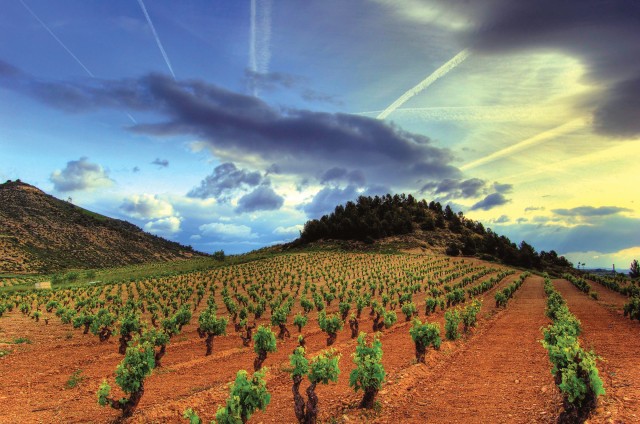 The change follows an announcement in June by the consejo to introduce a Viñedos Singulares (single vineyard) classification for its D.O.Ca wines, which it said was in “response to market interest in having more information on the specific plots where the grapes to make a given wine come from”.

Previously, producers were permitted to use the terms Rioja, and since a ruling in 1998 Rioja Alta, Rioja Alavesa or Rioja Baja, alongside one of four classifications; joven, crianza, reserva and gran reserva.

The move had been the culmination in a long-running battle over Spanish terroir between The Regulatory Council of the Designated Origin Denomination of Origin (DOCa) and more than 150 producers, who argued that the current appellation system was “oblivious to soil differentiation and levels of quality” and calling for “deep changes” to boost the countries heritage and prevent it valuing quantity over quality.

Now, in addition to the Viñedos Singulares classification, the consejo has gone a step further by introducing village or “pueblo” wines, extending labelling privileges to indications of a specific municipality or town with the aim of giving greater visibility to these smaller geographical regions.

Previously, producers were only able to include the name of their “zone” on their back label only, following a rule change in 1998.

“This also meets the concerns of operators, opinion leaders and final consumers, who want to see on labels more information about the great diversity of wines offered by the DOCa Rioja,” the consejo said in a statement announcing the changes. “These indications will complement the traditional and successful range of wines made with blends from different sources.”

This move by the consejo will not only give smaller regions in Rioja greater visibility, but is an acknowledgement of the importance of single vineyard wine production in Spain and the country’s ongoing exploration and communication of terroir, and the individual characteristics of a wine afforded by a specific village or vineyard.

“After regulating a traceability procedure in 1998 that allowed the names of either municipalities or sub-region (Rioja Alta, Rioja Alavesa, Rioja Baja) to appear on labels, the Control Board has taken a further step by contemplating situations in which winemakers grow vines in bordering locations, from which up to 15% of the total grape volume will be allowed,” added the consejo.

“The requirement will be a long-standing link to the vineyard, which will have to be a permanent project in order to prevent speculation. This margin of tolerance is part of the possibilities offered by EU regulations.”

Another change will be the size of the text indicating a smaller town or zone. Up until now these indications were limited to a maximum of two-thirds of the Rioja name. From now on, they can be represented on equal terms, the only requirement being that they cannot stand out more than the name of the region – Rioja. The requirement to include the ageing classifications of Joven, Crianza, Reserva and Gran Reserva will remain.

Finally, those making Vinos de Pueblo or “village wines” will have to distinguish brand names for those wines.

“Rioja continues to enrich its range of categories within the continuous improvement process in which it is immersed with the aim of reinforcing its position as quality wine benchmark in the world market,” added the consejo. “The new organisation of wines sets specific requirements to guarantee the quality of the wines and the veracity of the indications on labels.”

Changes will be overseen and implemented by a committee chaired by Ramón Emilio Muro Aguirrebeña, representative of the Alava Cooperatives.