Rioja’s regulatory council has approved the creation of a new ‘vinedos singulares’ (single vineyard) classification that will allow winemakers to highlight the terroir and origin of their wines – but has yet to address the question of naming specific villages on the label. 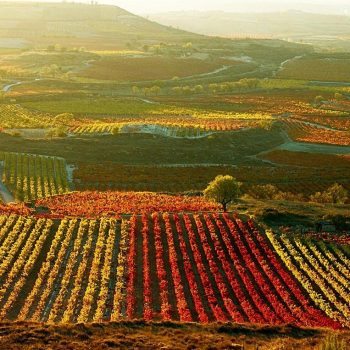 Rioja’s Consejo Regulador (DOCa) yesterday voted to approve the classification, saying the recognition came in response to increasing interest in the market to have more information on the origin of wines.

It added that it would address the question of ‘de municipio’ – villages and subzones that are currently not allowed on the labelling – “imminently”.

The move is a culmination in a long-running battle over Spanish terroir between The Regulatory Council of the Designated Origin Denomination of Origin (DOCa) and more than 150 producers, who argued that the current appellation system was “oblivious to soil differentiation and levels of quality” and calling for “deep changes” to boost the countries heritage and prevent it valuing quantity over quality.

The current system emerged in the late 19th century, and has subsequently built a system and marketing message in which barrel ageing is seen as the mark of quality standard, a model copied by other Spanish regions.

However, the single vineyard Rioja movement has increasingly come into the spotlight over the last decade, but in January 2016 more than 150 winemakers, merchants and wine writers signed a manifesto demanding greater recognition for Spain’s terroir. The ‘Matador Club manifesto, which was created by winemaker Telmo Rodriguez, called for a “pyramid structure’ which classified wines made anywhere in the region at the base, village wines a step above, and single-vineyard wines at the top.

Among the signatories of the manifesto was Artadi’s Juan Carlos Lopez de Lacalle (who subsequently withdrew from the DOCa over the issue), Miguel Angel de Gregorio of Finca Allende, Peter Siseck of Pingus, Jesus Barquin of Equipo Navazos, and wine writers Victor de la Serna.

The vinedos singulares classification will come in addition to the existing ‘aged’ classifications of Rioja wines, Crianza, Reserva and Gran Reserva, and Joven.

Under the classification, producers will have to justify the “natural delimitation’ of the vineyard, with vineyards being allowed a yield that is 20% lower than those authorised for the DOCa.

The vineyards will have to be manually harvested, and the wines must have full traceability, and pass two stringent assessments for quality, an initial rating and a pre-market valuation.

The DOCa also adapted its rules to support the creation of quality white and rosé sparkling wines for the first time, which rules that wines are wines are made using the traditional method and aged for a minimum of 15 months, or for 36 months for a higher tier.

The evolution of the DOCa’s rules follows on from its decision to revise the traditional Reserva and Gran Reserva categories to ensure a minimum time in the bottle, a regulation that is due to come in on 1 January 2019.