The value of New Zealand wine exports has grown for a 22nd consecutive year, reaching a record high of NZ$1.66 billion, according to New Zealand Winegrowers 2017 Annual Report., released yesterday. 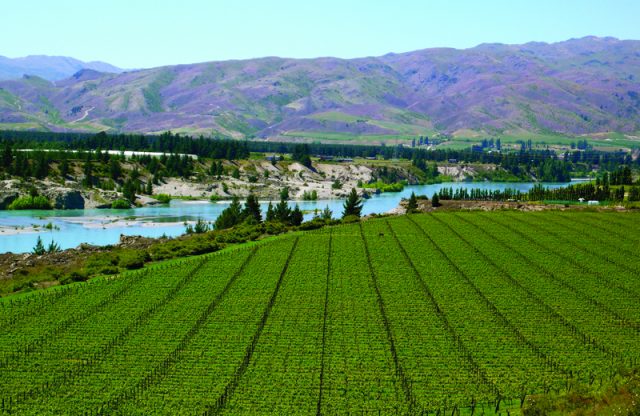 Overall, country’s wine industry has achieved average annual export growth of 17% each year over the past two decades, states the report.

It means that the country is on track to reach its target of $2bn worth of exports by 2020.

“With diversified markets and a strong upward trajectory, the industry is in good shape to achieve $2 billion of exports by 2020,” said Steve Green, chair of New Zealand Winegrowers.

According to the report exports to the USA have lead the strong growth, passing $500 million for the first time (up 12%). New Zealand wine became the third most valuable wine import into the USA, behind only France and Italy.

“Successes like these reflect decades of increasing business maturity and persistence in market development,” said Green in the report. “They also reflect the agility our growers and wineries show in responding to challenges that come our way.”

The US now accounting for 30% of the total value of exports. The US is also now worth 30% more by value than New Zealand’s next most valuable market, the UK.

“With exports into over 90 countries, value growth was underpinned by continued strength in the USA market (up 12%), and supported by moderate growth in most other markets,” added Green.

“In the UK – our second largest market – the lower British Pound against our dollar contributed to a rise in export value of just 2%, despite strong volume growth of 27%.”

Green noted that in order to achieve continued value growth, it would be “critical for the industry to maintain focus on protecting and enhancing its reputation as a distinctive, quality product”.

So far, 18 wine regions in the country have applied for GI protection, which formally recognises the collective intellectual property of a wine region by allowing for registration of the region’s name as a GI, which ensures that the name is reserved only for wine from that region.

The registration will also give the region’s grape growers and winemakers a greater ability to protect those GI names from misuse overseas.