Researchers at the University of Manchester have uncovered a new species of brewing yeast that, due to its ability to withstand cooler conditions, is of particular interest to lager brewers. 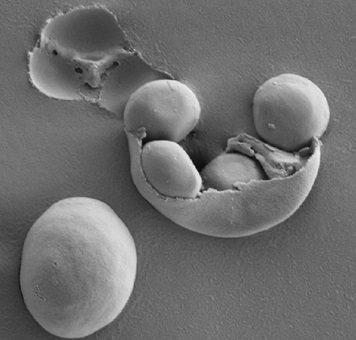 Believed to be the first such find since 2011, the university scientists, in a collaborative project with the National Collection of Yeast Cultures (NCYC), collected the yeast sample growing at a height of over 1,000 metres above sea level on an oak tree in Saint Aubin, in the foothills of the French Alps.

The yeast has adapted to the altitude and is able to tolerate cooler temperatures than most other strains of Saccharomyces yeasts.

Professor Daniela Delneri, from the Manchester Institute of Biotechnology at The University of Manchester, said: “This ability is of interest to brewers, as lagers rely on yeasts that thrive in the cold; it also opens the opportunity to create arrays of novel yeast hybrids with improved biotechnological traits”.

Unlike ales, lager is usually fermented at cool temperatures and then cold-stored – the German word ‘lager’ translates as ‘storeroom’ or ‘warehouse’. The yeast strain most commonly used in lager production is Saccharomyces pastorianus.

Dr Steve James from the NCYC, added: “This is the first new species belonging to the brewing yeast family to be discovered since 2011. It’s really exciting to find this new Saccharomyces yeast, as it extends even further the genetic diversity from which we can draw in the yeast gene pool.”

The NCYC currently contains over 4,000 different strains of yeast which perform a myriad of different functions. It is estimated that as little as 10% of the world’s yeast has so far been discovered.

The University of Manchester collected yeast samples from oak trees growing at altitude. With the assistance of specialists from the NCYC, they confirmed, through DNA sequencing, that two of the samples taken were new species.

Dr Samina Naseeb, a research associate from the University of Manchester, commented: “It was incredibly exciting when we realised that we discovered a new cold-tolerant species which can also ferment maltose efficiently.”