Gin categorisation: Has the horse bolted?

With the UK gin boom predicted to continue for at least three to five years, should more be done to educate the consumer on its ever-evolving sub-categories, or would this create confusion and inhibit growth? 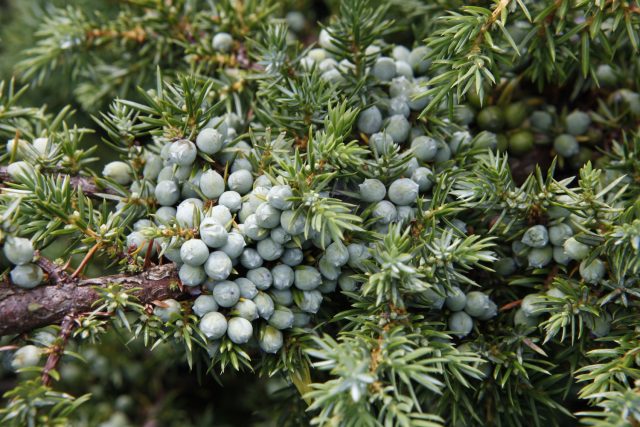 The gin category has enjoyed explosive growth in recent years with an estimated total of 500 UK gins and 6,000 brands worldwide. Last year, gin sales in the UK’s on- and off-trade surpassed £1 billion for the first time, while the WSTA’s latest figures show that UK gin exports stand at around £500 million, representing an increase of 32% in the past five years.

As it stands, gin must by law (in the EU) be bottled at 37.5% ABV and contain predominant juniper flavours, although this is subjective and there are no regulations determining the amount or percentage of juniper that should be used. Style indicators do exist, for example London dry gin which must not contain any sweeteners or botanicals added after distillation, other than water. Old tom gins are sweeter than London dry gins while Plymouth gin has a PGI, stipulating that any gin made outside of the city cannot call itself ‘Plymouth gin.’

With the daunting number of gins now available, together with limited releases and new expressions, should more be done to support and educate the consumer? The development of consistent, EU-wide sub-categories to indicate place of origin or gin style perhaps would help people decipher the market. On the other hand, gin has enjoyed remarkable success so far without use of constrictive legislation and, as the saying goes, “if it ain’t broke, don’t fix it”. Would sub-categorisation inhibit growth and actually add to the confusion, and more importantly, would it really work? the drinks business has spoken to several members of the UK gin trade in an attempt to gauge the mood.

Peter Martin, business development director at Broker’s Gin – a London dry gin made in Birmingham – believes that “the saturation of the gin category can cause confusion on the fundamental question of what is gin – new colour and specifically flavour variants that take gin even further away from the home base of a juniper-dominant beverage will result in a necessary categorisation of the gin sector”.

With the growth of premium priced gins, as well as local, coloured and flavoured gins, Martin believes that these variants are “creating a minefield for consumer understanding of the category”.

He suggests using models similar to those used in whisky, rum or cognac, for example “gins made to EU rules, gins that do not add flavour, colour or sugar after distillation (such as London dry gins) and then gins that have been added to after distillation by essences, infusions or colours”.

However, Martin acknowledges that “it is impossible to impose a taste subjective rule” and feels that “the horse has bolted and retrospective actions rarely work, so from a legal stand point, there is little that can be done”.

If subsequent legalisation will prove ineffective, as Martin believes, is there anything that can be done to elucidate the situation? Industry bodies such as The Gin Guild and the WSTA already educate both the trade and the consumer, but Martin thinks that other groups should be following their example.

“Other groups should also try to maintain the integrity of the category – and I would include the media in this – by challenging brand propositions that are way off beam,” he said.

Peter Wood, owner of St Andrews Wine Company and co-founder of Morris Gin, said: “It shouldn’t be up to a governing body to simplify and clarify the category. That is the retailer and producer’s job”.

“We already have different categories regarding how it is made but these don’t indicate to the customer how it tastes, but that is what retailers and producers are supposed to do,” he continued.

Danny Cameron, co-founder of Dyfi Gin in Wales, said: “I’m not sure that there is a place in the drinks industry for the style police”.

Would a general effort to simplify the category in terms of taste, style, location and type of distiller have any benefit? Firstly, it is important to not insult the intelligence of the consumer. Local or regional gins already exist as an ‘unofficial sub-category’ while a considerable number of brands list their key botanicals on the label which guides the consumer in terms of taste and style.

As James Hayman, sales and marketing director at Hayman’s Gin states: “Overall, consumer and trade knowledge continues to grow at pace within the world of gin – with all audiences still interested in exploring new styles, but doing so with an increasingly mature, more knowledgeable outlook and a firmer focus on process and provenance”.

Cameron of Dyfi added: “I wonder to what extent this [categorisation of gin] might overcomplicate things for most gin drinkers, and even those who like to explore the category. Gin is on a roll. Should we break something which may not need fixing?”

Wood of Morris Gin is also doubtful about how successful the move would be. “I think it would be helpful,” he said, “but how it would work is something that I don’t think people will agree on”.

He believes that any attempt to categorise gin in terms of region would go the same way as whisky – distilleries would (and do already) produce different styles that go against the ‘regional style.’

“Categories in gin would be the the same [as whisky]. The second there is a category, someone would produce a gin that would technically be of that category, but would taste completely different,” he said.

When asked whether there should be stricter legislation governing the amount of juniper used in a gin, Wood saw merits in both sides of the debate.

“Legislation stifles progress. As long as juniper is there, then why not just accept that the product is gin even if other flavours take the dominant position,” he said. However, he also believes: “If there was a minimum juniper level as a percentage of botanicals, it would at least mean that the juniper would be there as a significant flavour and it would by ‘gin-ny’ rather than an aromatic, flavoured vodka”.

Any attempt to clarify the current market must take into account the development of new variations. As Nicholas Cook, director general of The Gin Guild states: “Within the tolerances and specification laid down by regulations, distillers are becoming ever more creative, often with very pleasing and interesting variations on the classics, not necessarily for every day, but certainly keeping up interest”.

Along with the aforementioned growth of flavoured and coloured gins, you may also throw new botanicals and aged gins (barrel-aged or otherwise) into the mix.

Please comment below with your thoughts. An in-depth analysis on whether gin can survive its own success can be viewed in the July issue of the drinks business magazine.