the drinks business rounds up 10 of the most peculiar Prosecco-related products that have made the headlines. 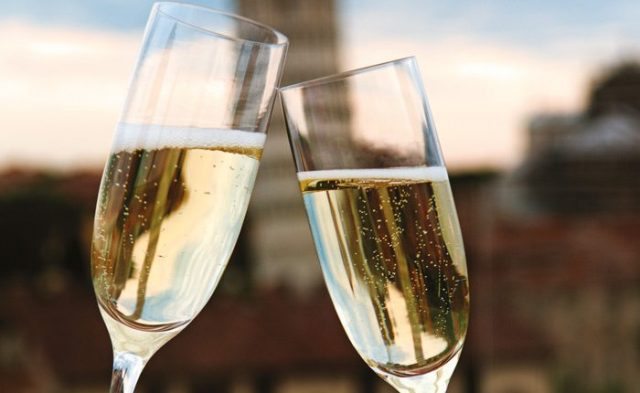 From flavoured nail varnish and fizzy sweets to crisps and sausages, the Prosecco-inspired possibilities appear to be limitless. From the pleasant, the plausible to the downright bizarre, db has brought together a collection of the most unusual products on the market.

With the recent announcement that Brits knock back over a third of the entire annual production of the Italian sparkler, the profusion of themed goods on offer perhaps should not come as a surprise.

Prosecco sales are expected to increase by 36% over the next five years, from the current 25.2m cases to 34.4m cases.

Click through to view some of the most outlandish offerings to hit the shelves and feel free to comment below with additions. 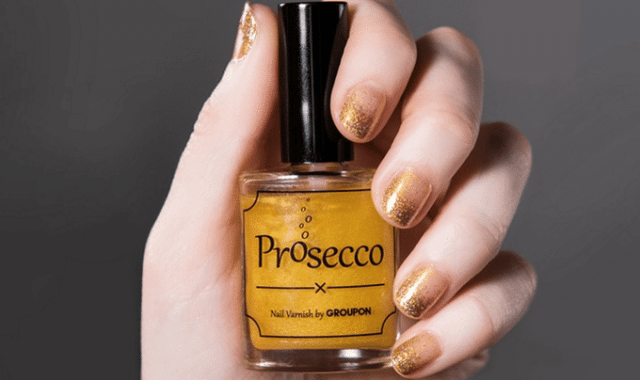 Earlier this year, Groupon UK launched what is quite possibly the strangest Prosecco-themed creation yet – Prosecco-flavoured nail polish.

Released to coincide with Mother’s Day, the lickable lustre was not available for direct purchase, but instead could be won in a prize draw. 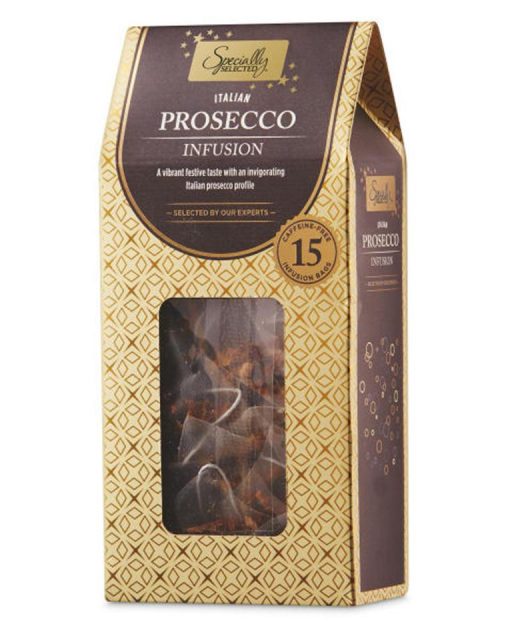 Last year, as the Christmas season began, Aldi decided that Prosecco would be the perfect addition to a festive cuppa.

Its ‘Italian Prosecco infusion’ teabags were both alcohol and caffeine free yet had “an incredible Prosecco flavour,” the supermarket stated.

The Italian fizz inspired tisane retailed at £1.89 for a pack of 15 teabags. 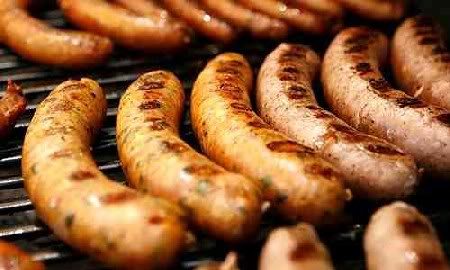 Whether an important national event, a celebrity wedding or a new fashionable food ingredient, you can guarantee that at some point, the Brits will turn it into a sausage.

However, Steve Archer of Manor Farm Shop in Leasingham was somewhat reluctant to mix the Italian fizz with his pork filling. Eventually surrendering to the popularity of the sparkler, he released his sausages in time for Christmas last year.

“We were tipped four of five months ago that Prosecco and cranberries were going to be popular over Christmas”, said Steve.

“The idea stuck in my mind and we decided to try it to see how it goes. It has not stopped since the beginning of December. We had someone from Buckinghamshire come and try the sausages the other day, and people from Mansfield and Bolton have travelled to buy them too,” he added. 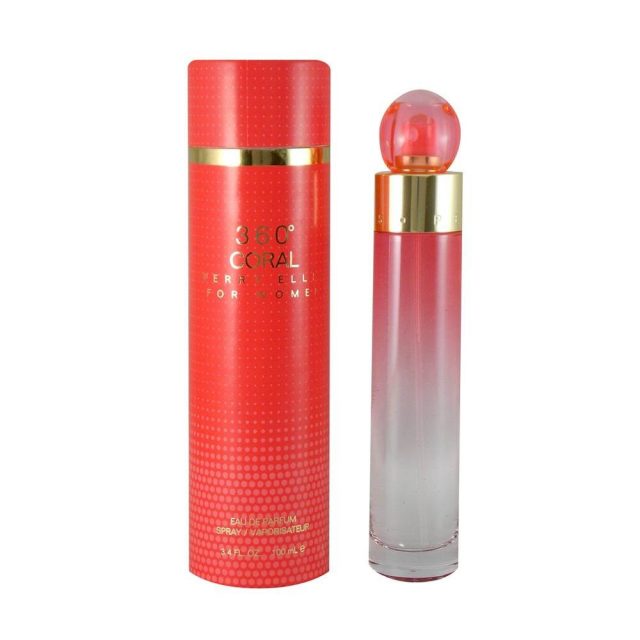 Not content with guzzling 25.2m cases worldwide, it appears that there’s also a desire to smell like Prosecco. 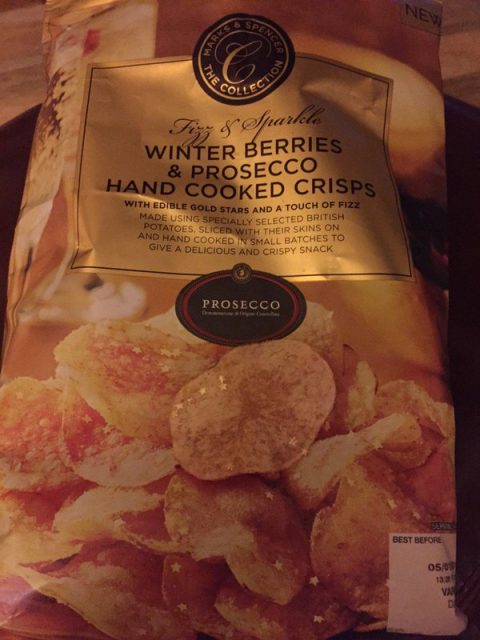 2015 witnessed what was described by The Metro as “the arms race of posh Christmas nibbles.”

The Telegraph was not impressed, awarding the crisps just a half mark out of a possible five, commenting that “the fizzing sensation in the mouth was disconcerting” and that the Prosecco flavour was not there.

Not to be outdone, Tesco released its ‘Prosecco and Elderberry’ crisps as part of its Finest range. Reputed to taste of “sweet, delicately fragrant elderberry with the festive fizz of Prosecco,” Tesco’s offering undercut M&S by 41p. 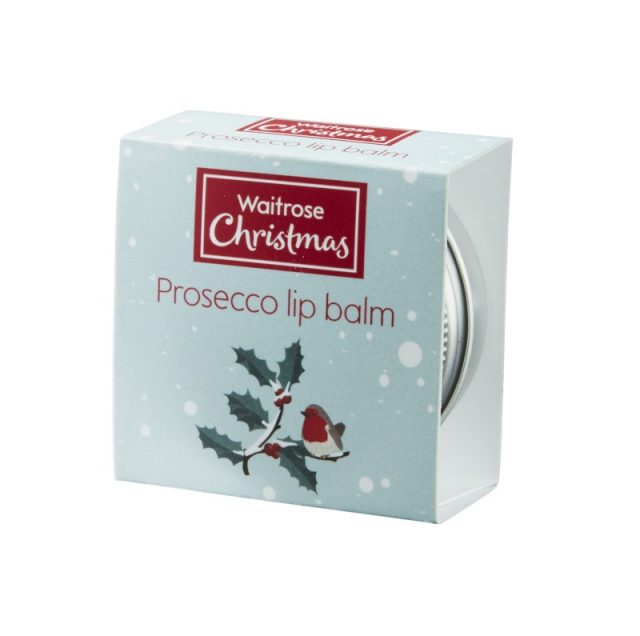 It is lip product sector, however, which has truly embraced the sparkler. To give just one example, UK retailer Waitrose, was reported to have put in a double order of its popular Prosecco lip balm after it sold out three weeks before Christmas last year.

The special seasonal offering retails for £2.99 when in stock. 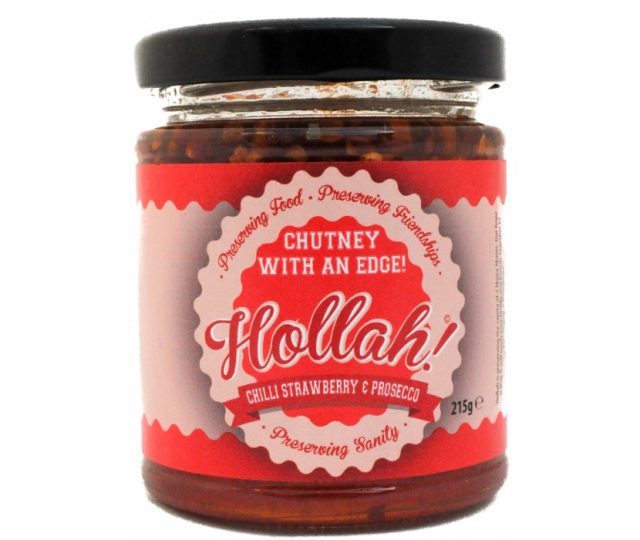 Far from being left out, condiments have also been spiked with the Italian sparkler. From Prosecco-flavoured jams, chutneys and mustard, there seems to be few avenues that the fizz hasn’t explored.

Although not technically a condiment, a jar of Don Antonio’s ‘plump caperberries marinated in crisp Prosecco’ is available in Harrods for £5. 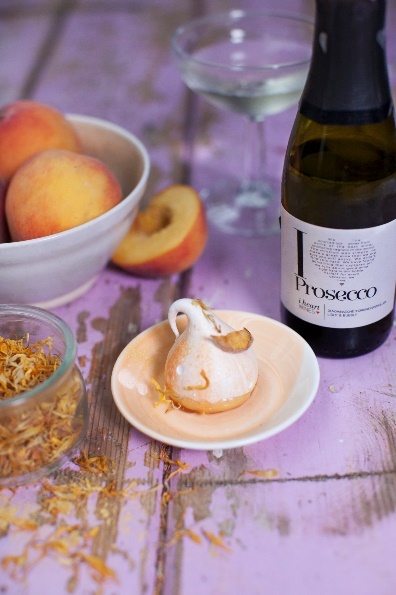 From SugarSin’s rose-coloured treats to Prosecco chocolates by the bucket load, from the likes of Friars, Hotel Chocolat and The London Chocolate Company to name but a few.

The sparkler has also inspired a collaboration between I Heart Wines’ Prosecco and Meringue Girls, of instagram fame, witnessing the creation a Prosecco meringue kiss range. 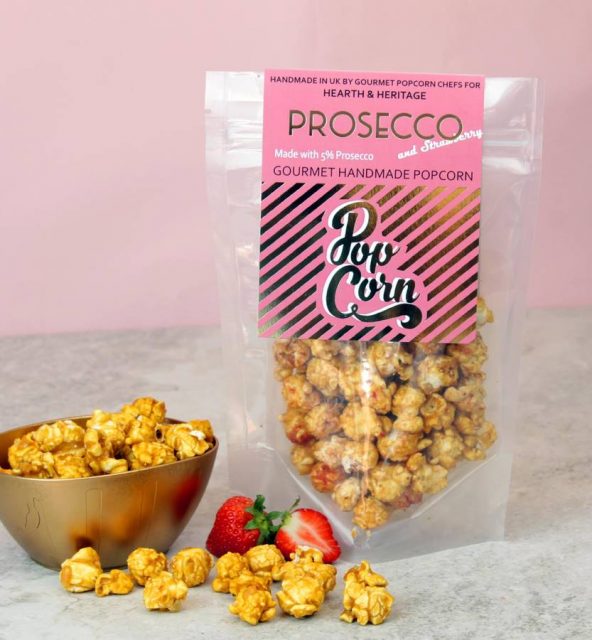 Popcorn is no stranger to weird and whacky flavour combinations, therefore, it shouldn’t be a surprise that it has come into contact with the Italian fizz.

Hearth and Heritage Ltd’s Prosecco and strawberry gourmet caramel popcorn is one such example. Popcorn aficionados Joe & Seph’s have even developed a Prosecco and caramel sauce for coating corn, drizzling over desserts and using as a dip for berries. 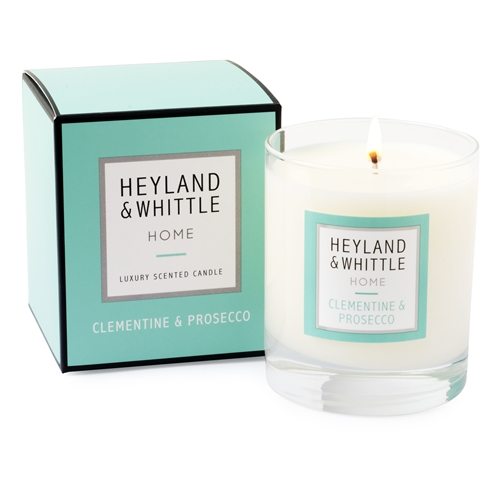 Finally, what better way to create a relaxing ambiance that by lighting a Prosecco-scented candle. With choices aplenty, unwind with the heady scent of Heyland & Whittle’s clementine & Prosecco candle, Voluspa’s Prosecco bellini burner or Vineyard Candles’ Prosecco offering which purports to be ‘lively and fruity with a subtle hint of oak background.’