Carlo Franchetti: ‘Nerello Mascalese is the best of Burgundy and Barolo’

Nerello Macalese, an indigenous red grape variety from Sicily, has been called the “ideal” grape, in-between both Burgundy and Barolo, by Carlo Franchetti from Mt.Etna’s oldest winery Passopisciaro. 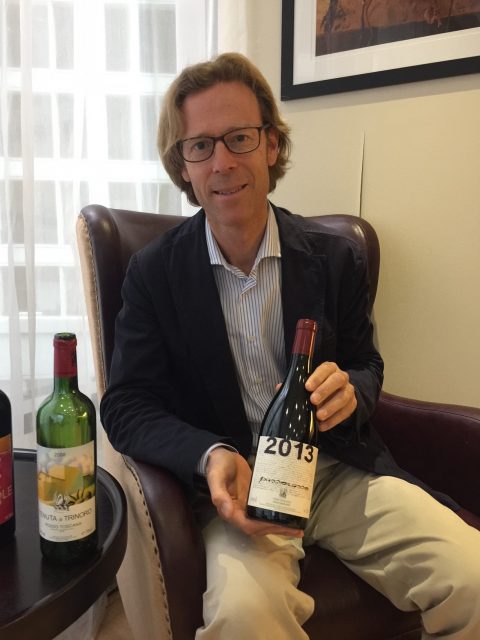 Describing wines made from the variety as having a “smokey, gunpowdery, peppery and very mineral profile”, Franchetti believes the grape could be the next classic to come from Etna, one that combines the elegance of Burgundy’s Pinot Noir and the tannic structure of Barolo.

“Compared with Pinot Noir, it has better tannins, and higher acidity. So it has a light, elegant body of Pinot but with a greater tannic structure. It’s a grape that’s kind of in between Burgundy and Barolo, so it has the elegance of Burgundy but the tannins close to Barolo, although Barolo is bit more tannic,” he explains, adding that the volcanic soil from Mt. Etna’s lava flows combined with its high altitude vineyard sites – varying from 1,000 meters to 500 metres above sea level – made his Etna wines stand out among peers.

Speaking of another widely planted red wine grape Nerollo Cappuccino, the vintner compared it to the often overlooked Gamay in the context of Pinot Noir and Gamay in France.

His Etna wines are key in boosting Vini Franchetti group’s wine sales, which also include a Tuscan winery called Tenuta di Trinoro. Although only 15% of his wines are exported to Asia, distributed through Corney & Barrow, interest has been growing. And across the Pacific Ocean, in Australia, Contrada has hit a home run, thanks to the wine’s novelty and rarity in the market.

Asked if Nerello Mascalese can match up to fine Burgundy Pinot Noir or Barolo’s ageing ability, the vintner admitted it’s still too early but potential is promising.

“We haven’t been making it long enough to see its ageing potential but older bottles from 2004 and 2005 are showing very well. On a cooler and thinner vintage, it’s more like Burgundy but in a warmer vintage, it’s more like Barolo, and that’s why perhaps Angelo Gaja likes this wine because it reminds him of Barolo in a way,” Franchetti explained, referring to Gaja’s latest purchase of 21 hectares of land in Biancavilla on the southwest face of the Sicilian volcano with plantings mainly being Carricante and Nerello Mascalese.

Total plantings of the grape were measured at 3,000 ha in 2010, according to Jancis Robinson MW’s Oxford Companion to Wine, with many planted on the southern and northern sides of the active volcano. The current number of wineries in the region has increased to more than 50, according to Franchetti.