10 of the world’s least fattening beers

It’s a common misconception that beer is more calorific than wine. In fact, the calories contained within in an average pint of beer, compared with a 175ml glass of wine are fairly similar.

According to Drinkaware, a 175ml glass of standard red or white wine will set you back around 160 calories, while an average pint of beer contains around 180 calories.

Despite this, beer still has a reputation for being more calorific than a glass of Pinot Grigio. Perhaps it’s something to do with the creeping fear of a ‘beer belly’? Either way, in a time of fitness bloggers, health food fanatics and clean eating, a trend for lighter, less calorific beers, as well as wines and spirits, is alive and well.

Last year Skinny Prosecco was launched onto the market, claiming to contain just 67 calories per 125ml glass, following in the footsteps of US reality TV star Bethenny Frankel’s Skinny Girl Prosecco in 2013 – two among many low calorie alternatives within the portfolios of large wine producers.

While this year has seen a rising trend for beer yoga, combining a sweaty yoga session with post workout beer.

“BeerYoga is fun but it’s no joke,” says the founder of Berlin-based BierYoga, known simply as Jhula. “We take the philosophies of yoga and pair it with the pleasure of beer drinking to reach your highest level of consciousness. The joy of drinking beer and the mindfulness of yoga compliment each other and make for an energising experience,” Julha added.

Whether beer yoga is your thing or not, people are becoming increasingly health conscious, a shift that brewers have not failed to pick up on.

The UK Government is now placing pressure on drinks producers to provide the nutritional information of their products, with the drinks trade given one year to come up with a self-regulatory calorie labelling proposal.

Earlier this year Pernod Ricard said it would provide a web link to nutritional information on the labels of all of its strategic brands, following a report by the EU Commission inviting the trade to devise its own calorie labelling strategy. Other producers, including Diageo, Treasury and ABInBev, have already made similar pledges, providing nutritional information on a voluntary basis through a combination of online information and on-pack labelling.

As the drinks trade moves toward more detailed calorie labelling, we have rounded up some of the least calorific beers on the market, perfect for when you’re trying to shed a few pounds but refuse to give up your brew.

NB: All nutritional information relates to a 12oz serving, which equates to one can and just over a 330ml bottle.

Do you know of a particularly tasty low calorie brew? Leave a comment below. 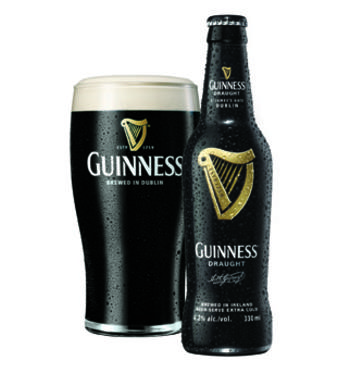 You might think that a Guinness Stout is one of the more calorific choices of beer, due to its creamy texture and caramel flavour. In fact, it is one of the least calorific. A 330ml serving of Guinness will set you back just 125 calories.

Alcohol is the main offender for calories, with Guinness just 4.2%. Its dark colour and sweetness come from small amounts of roasted barley, while the creamy texture results from its use of CO2 and nitrogen in its carbonation, compared with normal beers that only use carbon dioxide. Nitrogen bubbles are smaller than CO2 bubbles, resulting in a smoother mouthfeel. 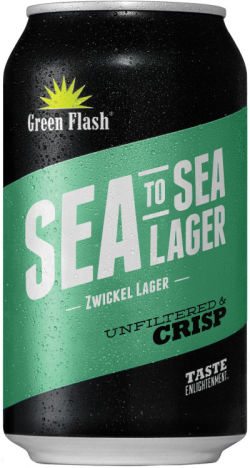 The session brew is described as having a “light body with subtle sweet malt and fruity hop flavors, notable lager yeast, and a crisp, clean finish”, and comes in at just 120 calories a can! 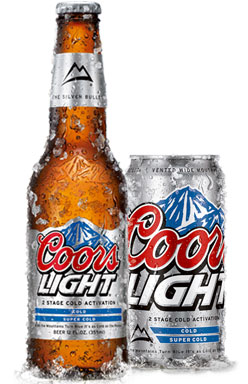 Jean Claude Van Damme’s beer of choice, Coors Light is an American classic, and at just 102 calories a bottle is great for beer lovers watching their waistline.

First brewed in 1978 Coors Light has grown into a brand that today sells more than 25 million barrels worldwide, with Belgian actor Van Damme featuring in several TV campaigns for the brand, owing to its tagline “Damme cold”.

At just 3.4% this light brew from the Brooklyn Brewery is a welcome addition to our round up, matching Coors Light in terms of its calorie content, despite its lower abv.

Brooklyn 1/2 ale is an unfiltered saison made with German Pilsner and German Dark Munich malts, Ahtanum, Sorachi Ace, Amarillo and Simcoe hops, with the addition of some sweet orange peel.

“Brooklyn Brewery 1/2 Ale harks back to traditional farmhouse ales, which used to quench the thirst of farmhands and other labourers on hot sunny days,” says the brewery. “These saisons were complex yet clean, low in alcohol and high in refreshment.”

Producer: Gruppo Modelo/AB InBev for Mexico and all other markets. Constellation Brands for export to the US

Dropping below the 100 calorie mark, Corona Light contains just 99 calories, with an abv of 4%, compared with 148 for its standard version. Enjoyed with a wedge of lime it is one of the world’s most popular beers, described by its brand owner as “a light bodied, dry, crisp and refreshing beer”.

Owned by AB InBev, the Corona brand achieved sales growth of 33.3% in 2016, according to the company’s most recent full year results.

Miller Lite, also known as Lite, lays claim to being the original ‘light’ beer brand, conceived by Frederick Miller in 1975, and was certainly one of the first mainstream light beers. 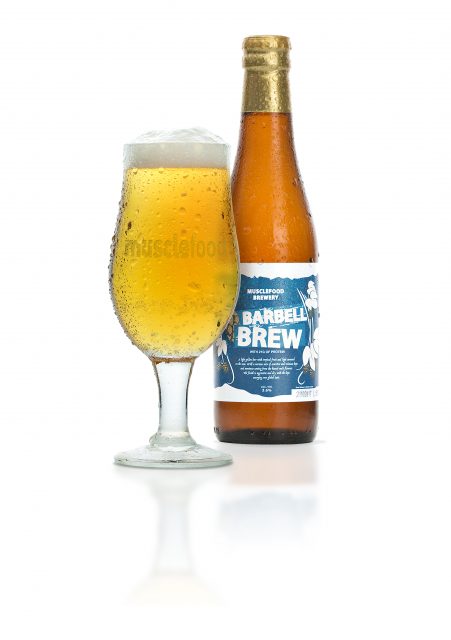 Body-building beer fans rejoice, you can now drink a six pack while working on your six pack. Muscle Food launched Barbell Brew last year as an alternative to protein shakes. The brew contains 21.8g of protein, as much as a sirloin steak, carries an abv of 3.6% and contains just 92 calories.

Launching the beer last year, Darren Beale of Muscle Food said: “Living a healthy lifestyle can be difficult, especially when you enjoy a drink with friends. But now our high-protein alternative means anyone can enjoy a beer without the guilt.

“It’s also ideal as a post-workout protein source. It packs a whopping 21.8g of protein per bottle and is also a refreshing and delicious drink. Our rigorous taste tests have ensured it tastes similar to popular craft beers whilst holding 85% fewer carbohydrates and 33% less calories than other well-known brews.” 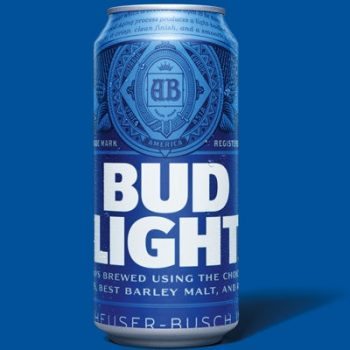 A classic light beer in the US, this year AB InBev brought Bud Light to Britain in what was described as “the biggest ever brand launch” by the brewer.

The beer, which was created in the US in 1982, was launched in the UK in response to demand in the UK for beer with a lighter taste, fewer calories and a lower ABV, according to AB InBev, particulalry among younger consumers. 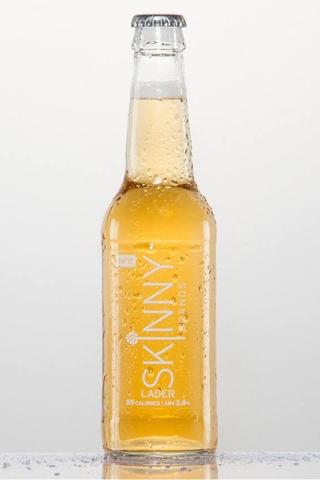 The lager is not only low calorie, but also low carb, vegan friendly, diabetic friendly and gluten free, and is described as a “crisp and clean lager with a strong and refreshing hoppy depth that outperforms any other light beer on the market.” 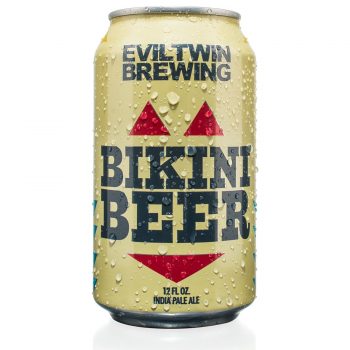 Despite coming in at just 2.7% Bikini Beer “is anything but a sissy beer”, say its producers, but an “attractively light bodied, seductively well balanced and very drinkable” brew, containing just 81 calories per 12 oz can.

Its name is not a patronising reference to the pursuit of a ‘bikini body’, but to the inception of the bikini garment itself, which holds surprising links to an atom bomb test ground called Bikini Atol in the Marshall Islands in the Asian Pacific.

In 1946, four days after the first nuclear device was detonated over Bikini Atoll, a mechanical engineer named Louis Réard introduced a new swimsuit design, named the bikini after and nuclear test.

Réard hoped that his swimsuit’s revealing style would create an “explosive commercial and cultural reaction” similar to the social reaction provoked by the 1946 nuclear explosion at Bikini Atoll.