Wine brands need to innovate or risk being left behind as inflationary pressure bites, the managing director of Félix Solís UK has claimed. 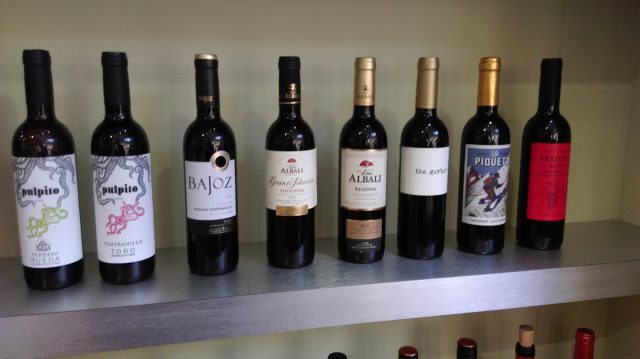 Richard Cochrane, md of the UK arm of the Spanish wine producer Félix Solís Avantis argued that the wine industry had always “talked innovation, but not necessarily done much” – but that needed to change, particularly in the run-up to Brexit.

Speaking to db at the London Wine Fair this week, Cochrane pointed out that innovation needs to come in terms of production, geography, packaging and new concepts.

“If you look at the changes going on for the shopper and consumers unless you can bring a solution, which generally means thinking in different ways, your business will be less and less relevant,” Cochrane told db.

“That is not to denigrate long established classes brands that we and others have, but you can’t just rely on them being the answer,” he added.

The Spanish producer has launched a selection of new wines at this year’s show, including new sparkling and de-alcoholised wines, but Cochrane was excited about the new 50cl bottles which he said could address clear consumer needs, prevent some consumers from falling out of the category altogether and enable others to buy better quality wine at a lower price.

“We believe it is a better size for two people sitting down for dinner, with both health benefits and tax savings. The biggest cost of a bottle of wine is tax, so a smaller bottle means less tax,” he explained. “If you go to a 187cl bottle it is tiny, a half bottle also seems very small. This is large enough in its height not to look like a poor relation.” 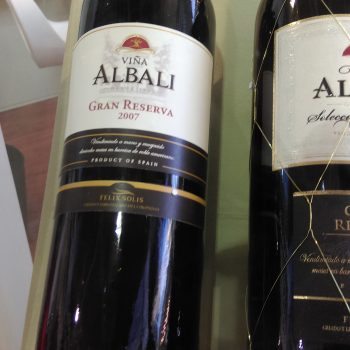 The format has been rolled out across its wine range, including Viña Albali, Pulpito, Pagos del Rey, and its Chilean brands, the guv’nor, and Piqueta. It uses heavier weight glass to give a more substantial feel, but will be available in screw-cap.

“And now we could be in reach of people at £3, in a better format from a health point of view – and for £1 more, they could get a really good bottle of wine. If you can access relatively premium wine above the £5.38 average for a 750ml bottle, more towards the £8 bracket, you could now pick up a bottle of wine that retails at around £4 a bottle.”

He argued that this was particularly important with the challenge of growing consumer inflation. “Consumers have less disposable income, and as wages separate further from inflation, they have less to spend – and let’s face it, wine is a treat. So if the entry level [into the wine category] was £3, now it is £3.50, next year it might be £4 – so how many those shoppers stay in touch under those circumstance? I would say a lot less, which will seriously reduce the base of the category, so people won’t get into the interesting stuff higher up.”

“As an industry, we tend to look at the £3-4 bracket and say that no-one is losing much, no one was making anything at that level – but what you are losing is a consumer base, so we need to tread very cautiously into that territory.”

“Those are the things that are really in tune with the challenge in the run up to Brexit and beyond, as well as the really big macro-trend on health,” he said.

One of the most recent moves to boost the 50cl format came in 2009 when Concha Y Toro and Australian Vintage launched 50cl versions of their respective brands McGuigan Grey Label and Casillero del Daiblo, which was stocked by 600 Tesco Express stores. It followed Waitrose widening its range of 50cl bottles the previous year. 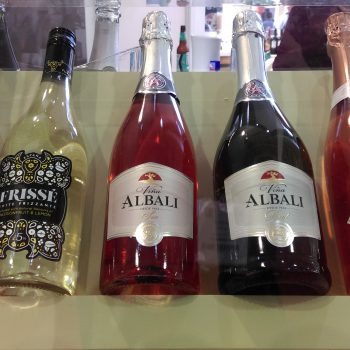 Other innovations launched by Felix Solis at this year’s show include the expansion of its flagship Viña Albali range with a new Gran Reserva, as revealed by db in February, two sparkling wines under its Viña Albali range produced using the charmat method, comprising a Brut NV and Rosado Sec wines, and three de-alcoholised wines, which are likely to go on shelf in the autumn.

The new sparkling wines come on the back of major investment in a sparkling production, and the release last year of the company’s Prospero and Provetto brands.

Cochrane said that while the weight of the company’s sales still remained in “traditional Spain”, with particularly good growth from premium wines and northern appellations, the other area of growth was in innovation. “Fast forward five years and we might see a different split, not because other areas have got smaller, but because these areas have grown too. So it is complementing the party, not cannibalising it,” he said. “Someone who is drinking sparkling from other parts of the world, then great, that gets them into Spain and they might find other things.”

In April, the company announced it was launching a new organic wine range to the flagship brand, as it starts the process of certifying many of its existing vineyards to organic production. The new organic wines comprise a white Verdejo, a red and rosé Tempranillo, which will start with the 2016 vintage and be pitched at the £5-6 price bracket in the UK off-trade.