Although still a young industry, English winemakers are making great strides in terms of quality and stylistic, terroir and varietal expression. 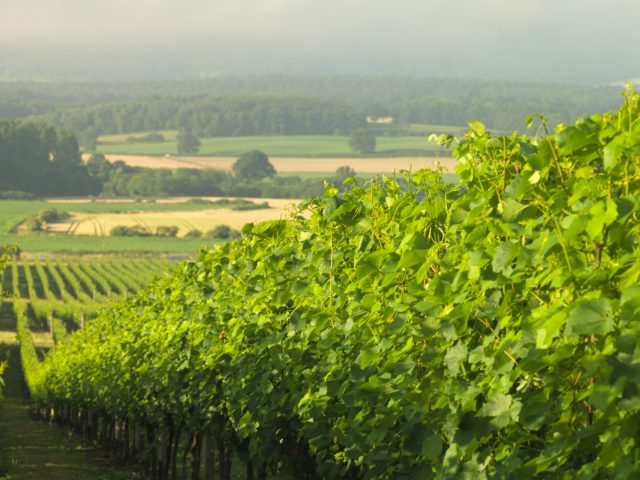 Some might say that there is still not enough of a market for English wine to justify £100 bottles of wine just yet or that perhaps it is presumptuous of estates to try and corner the prestige cuvée market but there would be a strong counter argument to the effect that the creation and release of luxury single vineyard and multi-vintage blends with price tags to match is a sign of confidence in both the increasing quality of English vineyards and the wines they produce.

As it happens, when searching for the most expensive English wines it was clear that the great majority of Kent, Sussex or Cornish fizz is nowhere near as pricey as £100 or even £50 or £40 a bottle.

What does very quickly become clear though is that blanc de blancs tends to be the most common style at this upper end of the English wine market.

Chardonnay is of course the grape responsible for some of the great prestige cuvées in Champagne and England’s South Downs shares the same seam of Upper Cretaceous chalk with the Côte de Blancs. Coincidence?

Of course, it’s always possible that in the variable English climate it’s simply the grape that continues to deliver the most consistent results.

There is no doubt, however, that as English wine gains in stature and quality we will see more of these top wines in future and there are always further developments in English wine.

The long-awaited Rathfinny estate will be launching its first wines soon and Boutinot-owned Henners in East Sussex has plans to roll out a multi-vintage blend later this year.

Champagne Pommery is likewise releasing its first English sparkling wine, Louis Pommery, in partnership with Hattingley Valley and, while still some way off, Taittinger’s Domaine Evremond is steadily being built up with the first wines expected in around 2022.

Small steps from the Champenois to begin with but how long before they decide to challenge the domestic growers for the title of England’s most expensive wine?

A one-off produced in a standout year, this blanc de blancs was made from a small parcel of Chardonnay in Oast House Meadow on the Hush Heath Estate.

Just 1,200 bottles (100 cases) were made in total and the wine has sold out at the estate although it’s possible a few bottles may be kicking around somewhere.

‘The Trouble with Dreams’ meanwhile is a private label project by one a winemaker quickly becoming a noted name in English winemaking.

Irishman Dermot Sugrue joined Nyetimber in 2003 and then left to help with a new estate, Wiston, in 2007.

As well as being head winemaker for the West Sussex estate, as a contract winery he is responsible for around 15 other brands including Jenkyn Place. 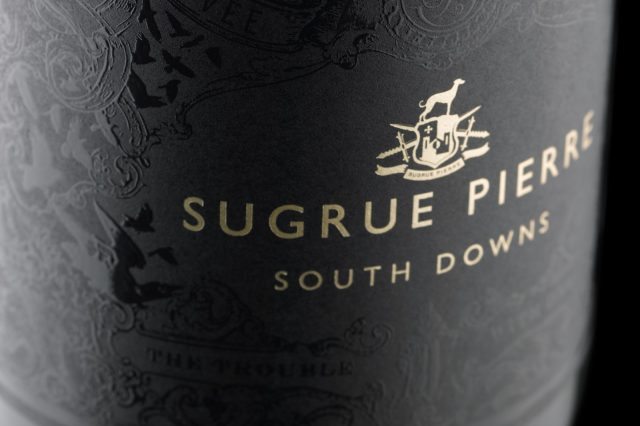 Varying from vintage to vintage the wines are usually 60% Chardonnay and 40% Pinot Noir and partially fermented in stainless steel and ex-Burgundy barrels. 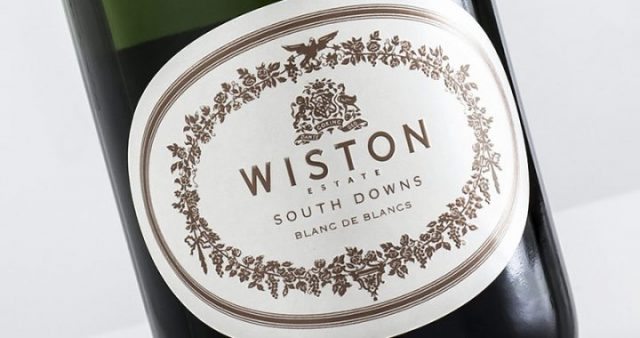 Narrowly pipping Balfour and Sugrue Pierre to the next spot is another blanc de blancs from the famed 2010 vintage.

This wine from Wiston Estate was its first vintage blanc de blancs, it already has a non-vintage example in its range.

Produced from a single vineyard the wine was aged on its lees for six years at the estate before its release last year.

All wines at the estate are also fermented in six-seven year-old oak barrels sourced from Domaine Jacques Prieur in Puligny-Montrachet. 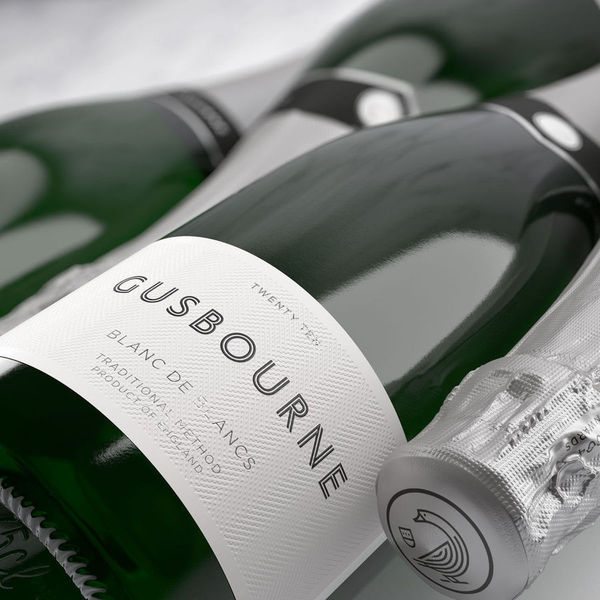 Squeaks can be heard as these two wines share the number seven spot a full four pence more expensive than Wiston’s.

The Blanc de Blancs is Gusbourne’s flagship wine and the winery largely uses Burgundian clones for its Chardonnay and the wine is aged for a minimum of 36 months on lees and another three months in bottle before being released.

A new addition to the ranks of ‘England’s most expensive’ but straight in alongside Gusbourne is another 100% Chardonnay, this time from Chapel Down.

Kit’s Coty is a new ‘premium’ range from Chapel Down using fruit from a single vineyard on the North Downs of Kent.

Whole bunch pressing, wild yeast fermentation as well as ageing in barrel are used on all the wines – including a still Chardonnay.

For the sparkling Blanc de Blancs, 20% of the wine is matured in barrel before blending and it is then aged on its lees for three years.

One of the most well-known names in English winemaking, Ridgeview’s top rosé uses Pinot Noir and Meunier only using the saignée method – which is to say acquiring colour by ‘bleeding’ the initial pressing.

The wine is released only in very small quantities.

Sharing sixth place with Ridgeview’s rosé is yet another blanc de blancs, this time from Hampshire.

Just 2,500 bottles of this wine were made by the winery, all the fruit coming from the oldest plot in the vineyard on pure chalk soils. 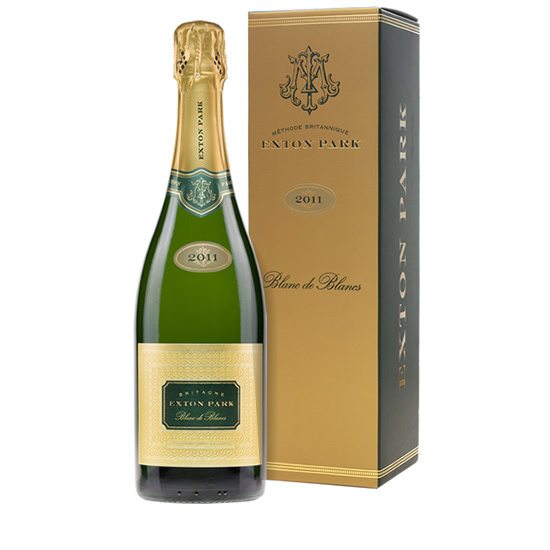 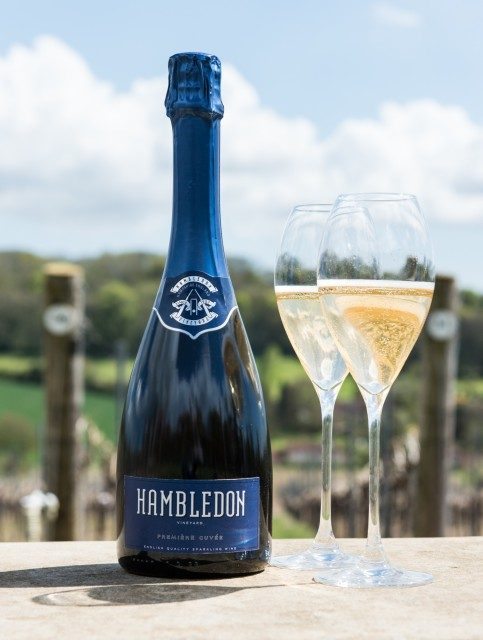 The first blend on this list, Hambledon’s ‘Premiere Cuvée’ is still Chardonnay-dominant (58%) but with a 24% dash of Pinot Noir and a further 18% of Meunier.

Made by Duval-Leroy’s former winemaker Hervé Jestin, Hambledon’s owner Ian Kellett told the drinks business in 2015 that while “ambitiously priced” he believed it was “better than most non-vintage Champagnes.”

Back to Ridgeview at number five with another blanc de blancs with the fruit sourced from the estate’s original vineyard. 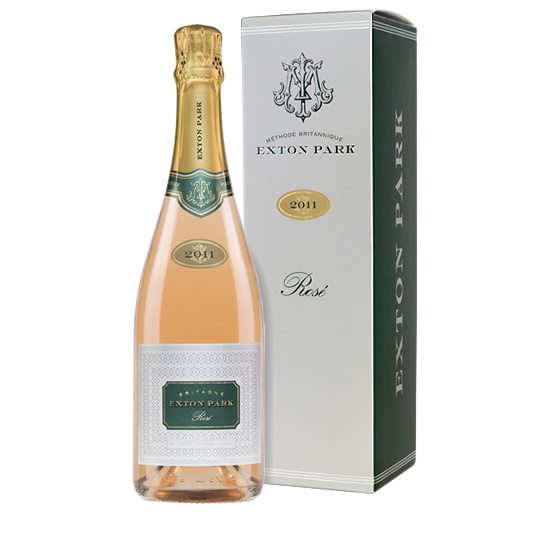 It’s quite a step up from fourth to third place with Exton Park’s latest vintage rosé, which costs £60 a bottle.

A limited edition cuvée, the wine is produced largely from Meunier, selected from some of the older sites at Exton Park’s Hampshire estate.

The winery also produces another 100% Meunier rosé – which it, tentatively, says, might have been the first of its type in England. It costs £40 a bottle. 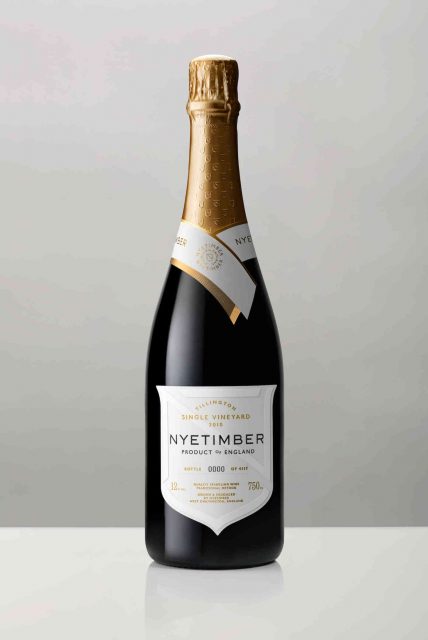 The wine that, until recently, held the title of most expensive wine in England, Nyetimber’s ‘Tillington’ is a single vineyard wine made predominantly with Pinot Noir and a small amount of Chardonnay.

The ‘first’ single vineyard wine produced in England according to Nyetimber, the 2010 vintage is just the second vintage of the label to have been produced (the 2009 being the first) and is a blend of 78% Pinot Noir and 22% Chardonnay. Just 4,117 bottles were produced. 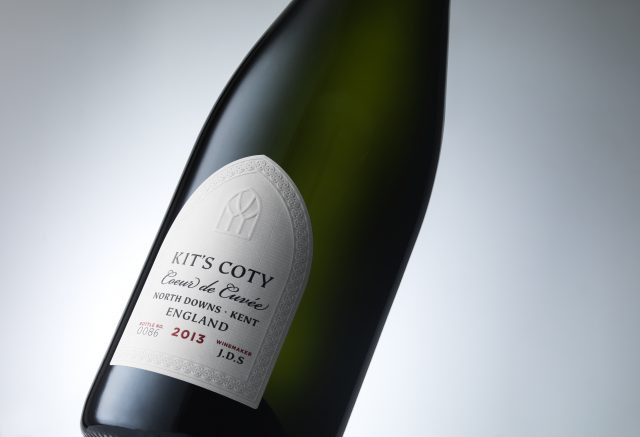 The top wine from Chapel Down’s ‘Kit’s Coty’ range, the ‘Coeur de Cuvée takes the very best juice from the first pressing of Chardonnay destined for the Blanc de Blancs.

Like the other wines it undergoes wild years fermentation and is matured in oak on its lees for seven months before a further three to four years ageing in bottle.