As part of a scheme first announced in 2015, The Danish Agriculture and Food Council is collaborating with Danish Brewery Nørrebro Bryghus to release a beer made from barley fertilised with 54,000 litres of human urine. 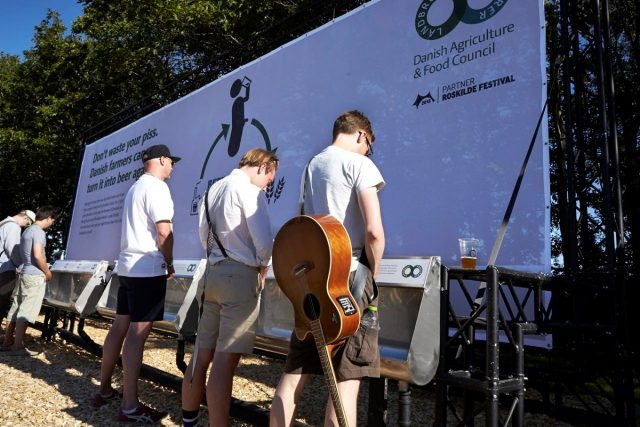 Under the catchy, if slightly alarming tagline ‘from piss to pilsner,’ Pisner aims to increase ‘beercycling’ by reusing a waste product as a natural fertiliser. Thankfully there is no urine in the beer itself.

The Agriculture and Food Council are quick to point out that cow and pig urine has been used to promote crop growth for hundreds of years. The difference here, however, is that the urine was collected from humans at Roskilde Festival near Copenhagen, the largest music festival in Northern Europe.

The project was first announced back in 2015 when it was hoped that 25,000 of the “waste liquid” would be collected. Having accumulated over double their target volume, the urine was sprayed over crops in the spring of 2016, producing 11 tons of malted barley.

The brewing process then began at the end of March this year and the finished article will be available to taste in June. 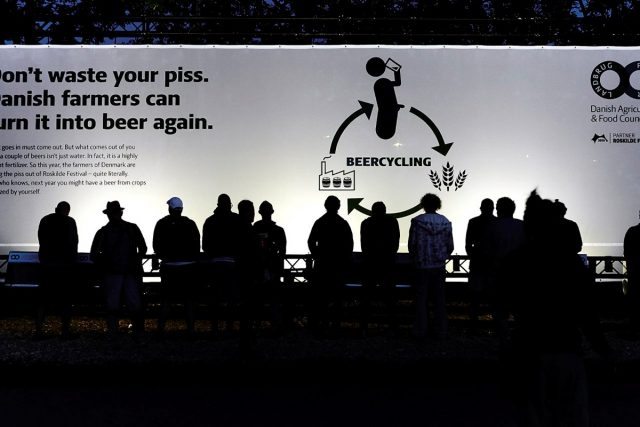 Commenting on the project, Karen Hækkerup, CEO at the Danish Agriculture and Food Council, said “Just as we have seen shops sell goods that would otherwise have been thrown out , Beercycling allows us to recycle a product that is normally flushed down the drain.

“When it comes to circular economy, Danish farmers are some of the best in the world. If you can brew a beer with urine as fertiliser, you can recycle almost anything.”

Henrik Vang, the Executive Director at Nørrebro Bryghus, added: “We want to be a part of the Beercycling project partly due to the story it has already told, but also because it is interesting to partake in a project, which addresses the challenges of sustainability and circular economy. Basically, it is a cool project.”