Château Latour’s first ex-cellar release of 2017 will include its 2005 grand vin, 2011 second wine and the 2012 vintage of third label ‘Pauillac de Château Latour’. 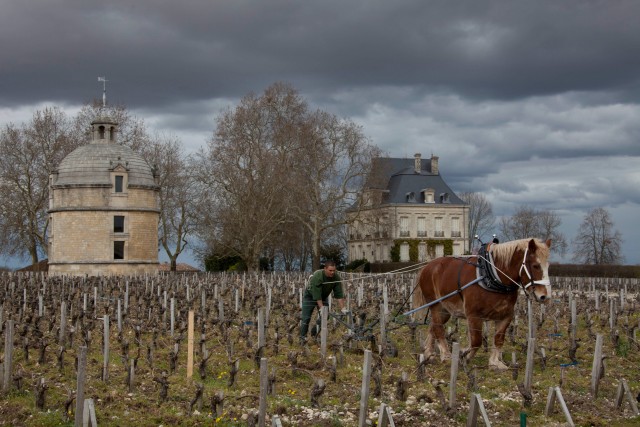 In a statement released by the Pauillac first growth, it noted that the wines will be released later this month through various merchants.

Speaking of each wine it noted that the 2005, “is a landmark year for Château Latour. The grand vin is an exceptional wine that is result of a harvest carried out in perfect conditions and it possesses all the hallmarks of an outstanding vintage.

“After undergoing twelve years of aging during its early youth in our cellars, this racy, opulent and full-bodied wine is starting to reveal the full depths of its magic and complexity. Its impressive structure, fine tannins and wide range of aromas will continue to evolve and surprise us in the decades to come.”

The 2011 Les Forts de Latour meanwhile was described as, “an elegant, fruity and pure wine. Having reached its first stage of maturity, this wine unveils a deliciously fruity and delicate structure.”

Also being released for the first time by the estate as part of an ex-cellar release is its third label, Pauillac de Château Latour. The wine was in fact first made sporadically back in the 1970s from vats not deemed suitable for Forts de Latour. Since 1990 it has been produced every year and incorporates the wine from the young vines outside of the ‘Enclos’.

Proposed prices for the new releases were not revealed.

Since stepping back from en primeur in 2012 (with the release of the 2011 vintage), the estate has released two tranches of ex-cellar wines a year – one in March the other in September.

So far the releases have not proved to be a storming success. The very first releases in 2013 were judged to have too high a premium and subsequent releases, although, the premium has been drastically lowered over time even to market price (like the 2007), have likewise been judged everything from a “disappointment” to a “damp squib”.

On the other hand, with the market in a seemingly more robust position now and Bordeaux rehabilitated in the eyes of many, if the premium is not too excessive, then a vintage such as the storied 2005 could find some ready buyers. The 2000 grand vin released last March is an example of what could happen. It was more polarising than other releases, with some merchants still convinced the price was too high, and others more inclined to see it as a good price for those looking to get their hands on an exceptional vintage from a great estate. Maybe the 2005 will be similar?

Rated 98 by Robert Parker who called it a “spectacular effort” and “probably one of the two or three most intense wines of the entire Médoc [in the vintage],” the 2005 is one of the estate’s landmark wines of past few decades.

The 90-92 (Parker) rated 2011 Forts meanwhile is now slap bang at the beginning of his recommended drinking window.