Accolade Wines ditches IPO plans on back of Brexit woes

Accolade Wine’s private equity owner has confirmed the long-anticipated IPO offer announced last year is now off the table – but that it may “revisit” it in a year or so. 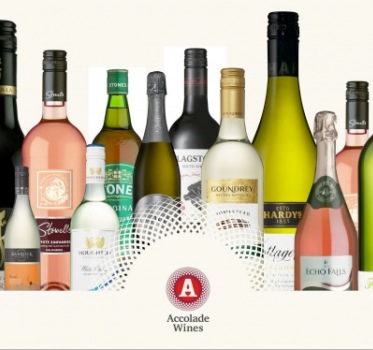 The news came shortly after an Australian newspaper reported the long-awaited stock market launch was ‘on hold’, although at the time, Accolade did not respond to db’s request for confirmation.

John Haddock, chief executive of Champ PE, which has owned the wine producer since 2011, confirmed the news to Australian newspaper the Australian Financial Review, noting there were a range of factors behind the decision.

“There’s no doubt that the United Kingdom is a changing landscape and we are adjusting to that,” he told the AFR.

“The fall in the pound makes it much harder for exporters selling into the UK, who must sacrifice margins to stay competitive on the shelves of supermarket retailers.”

Haddock indicated that there had been interest from Chinese equity firms and companies involved in the wine business, but was reported as saying there was “a lot going on inside our business” as it continued its ongoing integration of Lion’s fine wine portfolio, which it bought in November.

Until now both Champ PE and Accolade have remained tight-lipped about the impact of the exchange rate on the business, but the company has considerable exposure in the UK market, which accounts for around 55% of its turnover.

Last month rival wine producer Australian Vintage reported the unfavourable exchange rate – primarily the fall in Sterling on the back of the Brexit vote –  had cost the business AU$10.5 million in the first six months of the year, with UK/European sales falling 18% as a result, despite a rise in branded sales. Meanwhile Treasury Wine Estates, which has pursued a policy of exiting “unsustainable commercial volume” in the UK and US, saw its half-year profits bolstered by sales to China and the US. However it noted that movements in foreign exchange had lead to higher cost prices for Australian and US imported wine, notably Blossom, and the Brexit impact on customer and consumer demand remained “uncertain”.

Since buying the company in 2011, Champ PE has invested heavily in the Hardy’s and Kumala brands and added to the portfolio with acquisitions such as New Zealand wine brand Mud House, which it grew from 10,000 cases to 380,000 cases in 12 months, and Chilean wine brand, Anakena.

It has recently started to boost its portfolio of premium Australian wines with the acquisition of Lion’s fine wine business in November last year, and exited a bottling deal with rival Treasury after announcing a new AU$40 investment in a new bottling plant and warehouse in Berri, in South Australia’s Riverland region.

The news that the Australian wine giant was mulling listing on the Australian or London Stock Exchange first broke last May, and was confirmed when the company appointed Reunion Capital Partners as corporate advisors to investigate its option, with a view to launching the IPO in the first half of 2017. It later held a roadshow for potential investors in Australia, New Zealand and Hong Kong.

In January, the company confirmed its CEO-in-waiting Michael East had taken over the top spot following the departure of Paul Schaafsma who had previously headed up the UK and European business, in September 2016.

Today Accolade UK announced the appointment of Adrian McKeon, interim trading director of Musgrave Retail Partners, as its general manger for the UK and Ireland. He replaces general manager Rob Harrison, who is leaving the company at the end of the financial year. Harrison took on the role in December 2015.