Fair tips campaigners have targeted target the Queen’s grocer, Fortnum and Mason, over what they describe as a “Scrooge-like raid” on service charge payments in its restaurants. 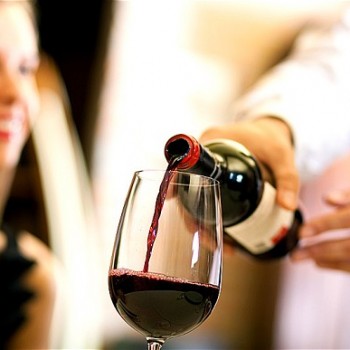 Unite, the UK’s largest union, has accused Fortnum and Mason of operating a tipping scheme that is “shrouded in secrecy”. Its ‘Tronc’ electronic tips pooling scheme, Unite argues, dictates that neither staff nor customers in Fortnum’s four restaurants know how much of the 12.5% service charge it automatically adds to diners’ bills is distributed between staff.

Controversially, staff working in Fortnum’s restaurants have been told they must accept a cut in pay, to the government’s national living wage of £7.20 an hour, in order to receive a share of the service charge on customer bills – a share which Unite says “barely covers” the loss in their hourly rate.

Introduced in early summer this year in restaurant venues in Piccadilly, London, the Tronc scheme automatically pools service charges and additional tips earned by restaurant staff, with distribution of such funds being controlled by the restaurant.

Currently, there is no legal requirement for companies to hand over tips to their waiting staff.

Unite has been campaigning for fair tips in the hospitality industry for nearly a decade, and is calling on Fortnum and Mason to “come clean” about its new Tronc scheme which Unite says will leave its staff worse off.

Unite has repeatedly called for Tronc systems to be run ‘by staff for staff” without any undue influence from employers. Fortnum and Mason, a fixture in Piccadilly since 1707, has appointed an outside consultant as its ‘Tronc master’, giving this person sole discretion over the scheme’s operation.

“Fortnum and Mason bosses are treating its loyal and hardworking staff with utter contempt,” Unite regional officer, Dave Turnbull, said. “It needs to start operating a fair, clear and transparent policy to show how it distributes its 12.5% service charge or risk alienating staff and customers alike.

“We believe that diners will be outraged to learn that the 12.5% service charge they have just paid is being controlled entirely by an outside consultant without any input from staff or clear information on how much of the fee it is pocketing for itself.

“Such underhand practices, which remain rife in the industry, highlights why the current business secretary needs to deliver on the government’s promise to crack down on dubious tipping practices.”

“Fortnum and Mason holds the royal warrants to supply groceries to the Queen, and tea and groceries for Prince Charles. The public would expect better from a company with such august connections.”

“It’s simply inexcusable that there remains a stubborn core of unethical employers willing to use tips and service charges for their own enrichment,  when others in the casual dining sector have taken positive steps to adopt fairer and more transparent tipping policies.”

In response to Unite, a statement from Fortnum and Mason explained that in July 2015, the company consulted staff before implementing what it said was a fair Tronc system, adding that of its 250 hospitality staff, only one opted out.

“The devising and administration of a Tronc system is by its very nature complicated,” the Fortnum’s statement continued, “and to ensure operation within both the letter and spirit of the law, Fortnum’s engaged a respected independent company, WMT Troncmaster Services Ltd, who continue to manage the arrangements.

“Since the new Tronc system came into being, Fortnum’s has not had a single complaint from staff.”

Campaigners from Unite planned to stage their Fortnum’s protest from 5.30pm-6.30pm on 15 December at the Fortnum and Mason store at 181 Piccadilly, St James, London.

The protest comes as Unite acknowledged the progress made in developing a jointly endorsed set of guidelines with the Association of Licensed Multiple Retailers, which aims to ensure greater fairness and transparency around tipping and the distribution of tips.