At the start of the year we made some predictions for the fine wine market in 2016, how true did they turn out to be? 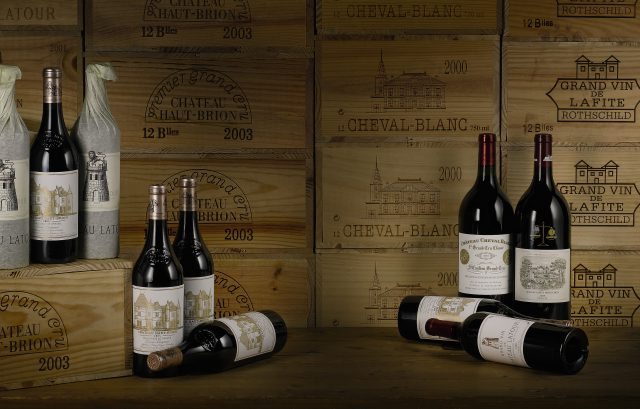 This year has seen a complete turn around for the fine wine market. After years of decline, the Liv-ex Fine Wine 100 has seen a full year of monthly gains.

Bordeaux is back with a vengeance, so too Burgundy which lost market share to Italy and Champagne over the course of 2015.

So what were the predictions? As a reminder here they are:

And did any prove true? Some, at least, came pretty close. The fine wine market did indeed get back into growth although far more successfully than might have been hoped.

Italy’s market share dropped back a little, the Super Tuscans remain the most important fine wine labels and Barolo hasn’t quite shot up as thought but Giacomo Conterno was a notable new addition to this year’s Power 100 list so perhaps a sign of things to come.

California’s presence in the market held steady and the struggling Rhône 100 index we tipped to go into terminal decline in fact staged something of a comeback.

The 2015 en primeur campaign was a success of sorts, sales were generally higher than they had been for the 2014s but the campaign was still limited and hardly a return to the glory days.

Burgundy, far from seeing a pricing collapse in fact regained its number two spot by value and other labels from the Domaine de la Romanée-Conti stable saw some of the year’s most impressive gains.

Champagne vintage release did indeed go on throughout the year, the release of the 2002 Krug being a particular highlight. Like Italy, Champagne saw it market share fall slightly in 2016 but it remains far above where it was a few years ago and the constant stream of releases doesn’t appear to have had a negative effect – so far.

Click through the pages for more detailed examinations of each prediction.

Fine wine back in growth 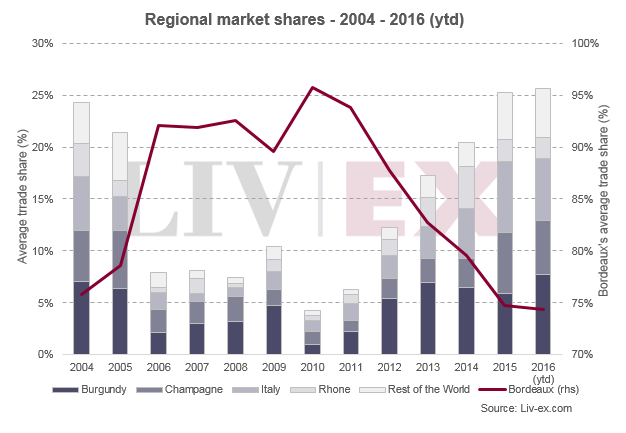 At the end of 2015 Liv-ex canvassed opinion among the merchants about how they expected 2016 to end and they were, largely, positive that the fine wine market would get back to growth this year.

Not, however, to quite the extent it has done. Far from a “slow but palpable” recovery, the market has positively The Fine Wine 100 – the industry benchmark that tracks the 100 most widely traded labels on the secondary market – is up 24.3% on the year to date, above where it was at the market peak in 2011.

A key driver of this was the sharp drop in the value of the sterling in June that followed the ‘Brexit’ referendum.

With wines measured in sterling suddenly much cheaper, euro and US dollar buyers swooped and drove up trading considerably.

The recovery of the fine wine market has taken even many merchants by surprise. Corney & Barrow’s sales director, Oliver Hartley, told the drinks business for the Power 100 feature in the December issue of the magazine that he had “never seen the blue chips of the secondary market fly as fast as they have been in the last few months.”

The market does not seem to have come to a crashing halt either even with sterling’s value having firmed up in the last couple of months. The only question now, is whether these gains can be maintained through 2017…

The rise of Italy 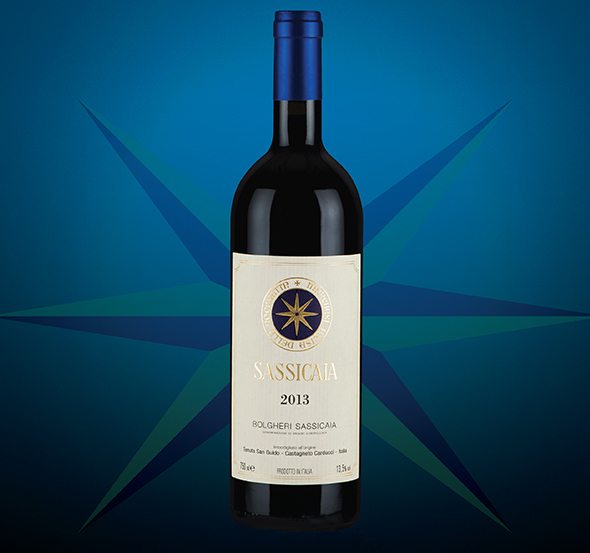 In 2015 Italy stormed into second place to become the most widely traded group of fine wines by volume every month, overtaking Burgundy.

Super Tuscans were to the fore of this trade and, indeed, they still are. As Liv-ex co-director, Anthony Maxwell, relates: “The Super Tuscans have continued to dominate and Sassicaia remains the most traded Italian name by both value and volume.”

Italy overall, however, has seen its average monthly trade by volume take a small hit, declining from 6.8% last year to 6% this year.

Nor has another fine wine like Barolo begun to rise to prominence. Giacomo Conterno was a notable new entry at number 59 in this year’s Power 100 list and in fact would be the ninth most powerful overall if ranked by price performance alone.

It may just be that the Super Tuscans haven’t quite reached the upper limit which will encourage buyers to seek new labels from Italy but the ever-increasing broadness of the secondary market may speed up this process of its own accord.

Cult Cabs up, Rhône down 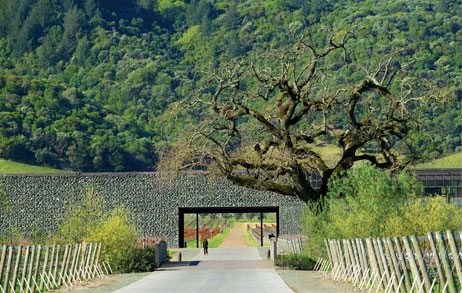 Dominus and Opus One have been putting on such a strong show of late that it’s surely just a matter of time before they out grow their current home in the ‘Rest of the World 50’ index.

Coupled with an increasing number of merchants adding to their Californian offerings, there is a greater array of American fine wines available to collectors and investors in the UK than ever before.

Perhaps it is too soon however to suggest that a ‘California 50’ or the like is poised to emerge. The top wines are still produced in minute quantities, concentrated in too few hands and, to many UK/European buyers at least, too unknown and rarely tasted to give them much liquidity in the secondary market.

That will change though, inevitably although there are still the warnings that as these labels are now more expensive than many Bordeaux first growths, a severe price correction may be in the offing.

So for now the Rhône 100 receives a stay of execution and indeed, judging by its performance this year, even deserves it. Two wines from the index, Paul Jaboulet’s 2005 Hermitage La Chapelle and Guigal’s 2010 Château d’Ampuis, were the third and second best-performing wines respectively on the Fine Wine 1000 index this year.

After years of poor performance the Rhône 100 has picked up its game in 2016, does a more successful year for the Rhône await? 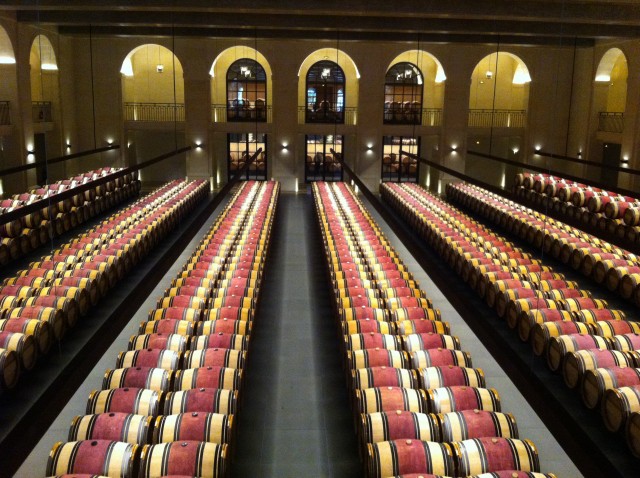 The 2015 en primeur campaign was a success – in a way. After the disappointing campaigns for the 2011-2013 vintages, the fine wine market usually went into a bit of tailspin for the rest of the year. This pattern was broken in 2015 despite a mediocre campaign for the 2014s and the market took the good to middling campaign this year in its stride and, bolstered by Brexit, marched on unconcerned. In June, in fact, after the campaign was more or less over the Fine Wine 100 gained 2.1%.

The fact of the matter seems to be that while an important positioning exercise that places the focus squarely on claret for a good few months of the year, en primeur is no longer vital to either the châteaux or the trade – neither investing in it anyway near as much as they used to.

Berry Bros & Rudd’s fine wine buying director, Max Lalondrelle, told db at the time he was reasonably happy with the £11 million the merchant made this year. That is despite falling short of a £15m target and £11m being the same total BBR made for the 2011s which was the “worst campaign in living memory” at the time.

Clearly expectations have been severely tempered. Merchants were pleased that a number of UK buyers returned quite strongly this year and even moved in on some wines, which had raised their prices quite substantially from the year before. The word “fun” was even used again by a few, not one that has been used much in recent years.

But elsewhere high prices put buyers off, more volume and value could certainly have been generated if premiums weren’t as high and there were a few instances, yet again, when a great rush of uncoordinated releases overwhelmed merchants’ inboxes and meant many wines were overlooked and, as a result, not offered. 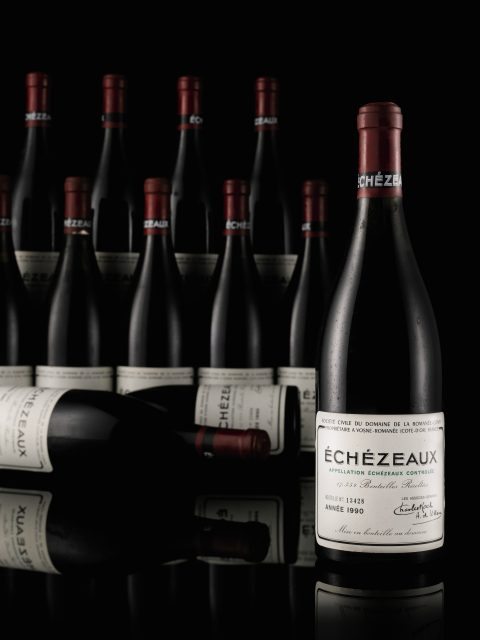 The price of fine Burgundy has spiralled so much in the past few years it must surely be unsustainable?

Last year there were possible hints that demand was flagging, Italy and Champagne overtaking Burgundy in terms of monthly trade volumes.

That said, some the biggest fallers in this year’s Power 100 list were Burgundy labels. Sylvain Cathiard fell a staggering 69 spots – its prices having become to steep for the market to handle and while its prices have in fact held its volumes have collapsed.

Prices for Domaine de la Romanée-Conti’s La Romanée-Conti have been at their peak for a while with no further upward motion but other wines from that stable such as La Tâche and Echézeaux still have room to appreciate and appear to be doing so.

The thing is, of course, that as Bordeaux has declined in price and Burgundy has gone up – so buyers have begun to return to claret, and that push has been seen especially strongly this year.

With Burgundy also struggling through several years of small crops, only slightly alleviated by the coming 2015s, the pressure on volumes and price is only going to get more acute. 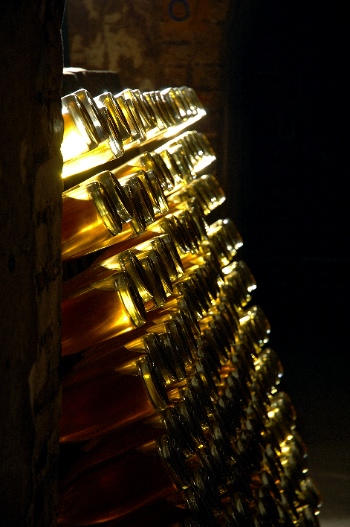 The prediction last year was that the pace of releases wouldn’t slacken but added there would be one of two consequences for the category as a result.

Like Italy, Champagne saw its volumes decline a little this year but the 5.3% share it commands now is still far more than the 2.8% it represented in 2014.

Champagne is becoming increasingly investable as it returns consistent profits. It also has the right balance of a few standout, large volume brands and smaller, rarer labels and is seen as offering exceptional value at all levels.

Logically, the stage is set for annual or near-annual vintage releases from the likes of Dom Pérignon, indeed cellar master Richard Geoffroy has said he would be more than happy to release a vintage DP every year.

The counter argument is that prestige cuvées are something unique and special and maintain their position and desirability by not being produced every year. Annual releases would erode the brand value.

Yet counter again to this would be the argument that first growth Bordeaux estates manage quite happily every year and varying quality of the vintage doesn’t appear to do much to impede the on-going popularity of Lafite or Mouton et al.

If one were a betting man, it might be wiser to wage on seeing even more vintage Champagnes in future, not fewer.