Brunello hampered by lack of understanding

As other Italian fine wines make gains in the secondary market, Brunello di Montalcino is held back by a lack of understanding thinks Tancredi Biondi-Santi. 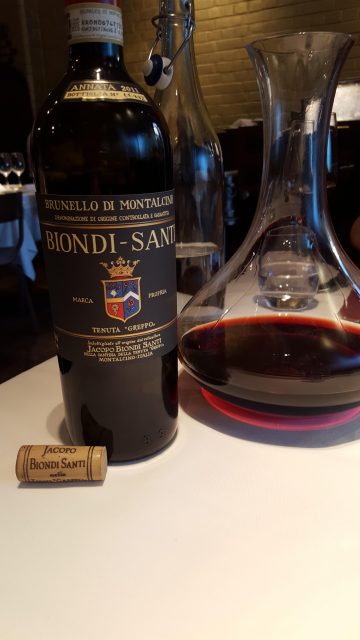 As Italian fine wines continue to grow in stature on the global stage, attention remains very firmly fixed on the Super Tuscans and certain Barolo producers, while one of Italy’s other great – and often very expensive – fine wines, Brunello di Montalcino, seems to struggle to generate a more rapacious following.

Speaking to the drinks business, Biondi-Santi, part of the seventh generation to work at the eponymous family estate, said he believed the style of Brunello and a lack of understanding of it was holding the region back.

Whereas, he thought, other well-known wines in Italy could be more “immediate”, more approachable even in their youth, Brunellos needed, “time, patience and knowledge.”

He recalled a tasting in Norway where he showed an old Brunello that he said was “showing beautifully” but others in the room were sure was corked.

Yet in even in Brunello the diversity of styles and techniques between individual Brunello producers was also problematic.

Biondi Santi explained how frustrated he got every time someone told him his Brunello “was not a proper one”, even though his family had effectively created the “modern” concept of Brunello in the 19th century.

Despite this, Biondi-Santi continued that his family didn’t want to, “change our philosophy just to follow the market.”

“Instead of changing everything, we’re going to continue to educate and people that know our wines will know it’s some of the finest wine they have in their cellars.”

Brunello’s image has been called a “double-edged sword” in the recent past. As published back in 2014 on the drinks business, relatively low production, high prices, changing and evolving winemaking styles and lack of exposure in certain markets makes Brunello a tough proposition for many merchants and their clients to get to grips with.