British gin exports have increased in value by 166% since 2000, with exports to the US rising by 553% in the last decade, according to the Wine and Spirit Trade Association’s latest spirits report. 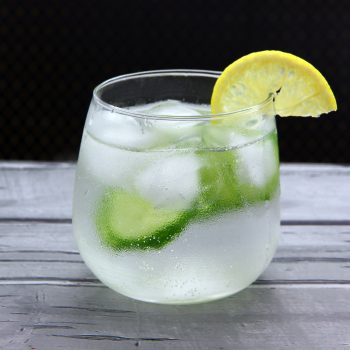 Published yesterday, the report shows that the value of British gin in its domestic market in the on- and off-trade grew by 21% and 12% respectively in the last year, while last month gin sales in the UK broke the £1bn barrier for the first time.

This rapid growth is being mirrored in export markets, with British gin now accounting for 11% of all spirit exports from the UK.

Of the total £4.9 billion worth of gin exported, £1bn worth ends up in the US. According to the report around a third by volume, 33%, and value, 35%, of all UK spirit exports to Spain are gin. Gin also makes up 31% of total exports to Canada and nearly a fifth of spirits exports to Germany by volume.

“Where others [spirits] are experiencing a dip in trade, gin continues to increase in sales year on year”, said Miles Beale, chief executive of the Wine and Spirit Trade Association.

“More and more markets are opening up as the global phenomenon that is British gin spreads.”

However Beale also warned that the momentum achieved by gin, and other spirits, could be disrupted if the industry does not appropriately plan for the impact of Brexit.

“Britain is by far the biggest exporter of spirits in the world and it is therefore essential for our economy that we secure free trade deals – including more and better ones beyond the EU”, added Beale. “The UK Government can also help British gin and our other spirit drinks remain competitive by lowering excise duty, which is currently the 4th highest in the EU.”

Ahead of the Brexit vote in June, Damian Hinds, exchequer secretary to the Treasury, warned that leaving the EU could risk UK drinks exports, particularly gin, which he said was “undergoing a remarkable renaissance” worldwide.

Last month Beale, who was also in favour of remaining in the EU, laid out the organisation’s plan post-Brexit at its annual conference, urging members to act now to ensure the best deal given the current scenario, stating that issues resulting from Brexit would be its “overwhelming” priority over the next few years. Speaking at the conference, Beale said it would be crucial for the industry work out ‘model’ trade agreements that could help steer talks with government and determine the parameters of talks.

“Trade in wines and spirits is mutually beneficial and all negotiators must and should recognise this,” he said. “We have no intention of idly waiting around for Brexit to happen, we have to take action now. We hope the UK government will welcome our initiative.”