Champagne 2016: no rush to celebration… yet

After the vineyards were battered by a series of atrocious weather at the beginning of the year, the state of the harvest in Champagne in 2016 has given producers some cause for hope. 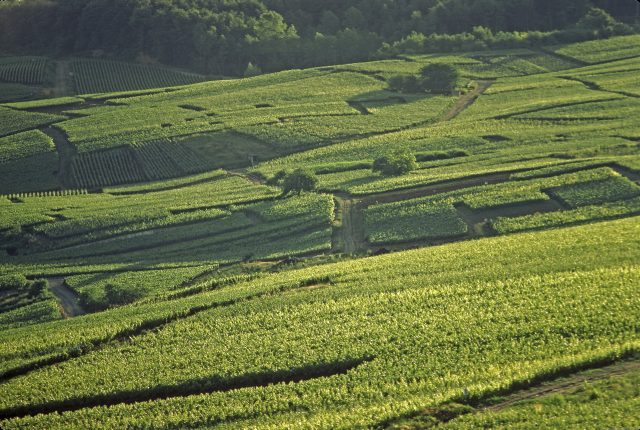 Hail, frost and torrential rain caused substantial damage, with the crop in the southern most appellation of the Côte de Bar being almost entirely destroyed by frosts in April.

Rainfall in May and June was exceptionally heavy and in places was two to three times higher than the monthly average and record low sunshine hours – the complete opposite of 2015.

The difficult season up to this point had delayed the average cycle by about 10 days, with peak flowering not recorded until the 21-24 June.

A statement from Bollinger noted: “This mediocre weather led to late, homogeneous blooming throughout the vineyards around 25 June and also brought on major flooding, much like it did in 1955, 1982 and 1988. Of course, this record rainfall, which lasted until the end of July, brought on a succession of diseases: peduncular rot, extremely aggressive mildew. Much more than it did in 1997, which was a reference year in recent Champagne history!”

The Champagne Council (CIVC) estimated damage to be 15% of the yield potential although Bollinger has said it had only noticed a reduction of 5%.

The weather then picked up in August and temperatures rose to such a degree that the grapes’ maturity accelerated to such an extent that the Pinot Noirs ripened before the Chardonnays which is extremely rare.

The harvest officially began on 12 September with producers often waiting a little longer to harvest their Chardonnay. Deutz harvested its Pinots around the 17 September and began on the Chardonnay crus on the 27th for example, while Bollinger started to harvest the Meunier on 13 September, the Pinot Noir on the 19th and Chardonnays likewise on the 27th. Ruinart finished its harvest in the Côte des Blancs on 1 October.

Yields are of course low, thanks to the bad weather that greeted the start of the year. Bollinger estimated its final yields at 9,000 kg per hectare.

Initial readings of the must appear positive, at Deutz the average alcohol was recorded as 10.2% potential alcohol and 7.7 grams per litre of H2SO4. Bollinger likewise recorded potential alcohol of just over 10% with total acidity of 8 g/l and a pH of 3.

Ruinart’s chef de cave, Frédéric Panaïotis, said: “Tasting has now started and the musts are offering fresh fruit and a lively feel on the palate, demonstrating the high quality of the grapes. Alcohol fermentations finished in the first week of October, followed by malolactic fermentation. The reds were racked off at the end of September and appear promising.

“Overall, a challenging year has turned into a ‘miraculous’ vintage thanks to the high quality harvest, and we are looking forward to tasting the 2016 wines.”

Because of the difficult start to the season there may of course be a tendency to hail the resulting harvest and its quality as a “miracle”.

To do so would be to set oneself up for a fall- or at least possibly severe disappointment.

As Bollinger’s statement continued: “At this stage, the year’s events, analytical profiles, harvest dates and health conditions all resemble those of a beloved Bollinger vintage: 1988. Let us hope that the tastings to come will confirm this hunch and that the traditional Champagne saying, “août fait le moût” (“August determines the must”) will prove true.”

The sentiment was echoed by Deutz which also said in release: “Although the outcome proved to be better than expected and although all the conditions would suggest an excellent vintage, Fabrice Rosset, our chairman and CEO, reminds us yet again that for this vintage, as for the previous ones, ‘only the wines will decide’, when the still wines are tasted.”