One of Britain’s oldest living people has credited whisky as the secret behind her long life as she celebrates her 110th birthday. 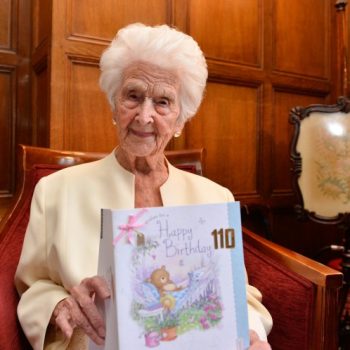 Grace Jones, who goes by the name Amazing Grace among her friends, is now the 10th oldest living person in the United Kingdom, and has said that the reason she has lived for so long is thanks to a single shot nightcap of Famous Grouse whisky every night for the past 60 years (via Metro).

Jones’ claims are now beginning to sound familiar, as this year alone we have already heard from a 102-year-old woman crediting beer for her long life, a 100-year-old woman believing that six G&Ts a day keeps her young and a 107-year-old Spanish winemaker who put his long life down to four bottles of red wine every day.

“I never miss my night cap. All I have is the whisky at night,” said the mother of one.

“Whisky is very good for you. I started having a nightly tot of it when I turned 50 so I’ve been having it every night for the last 60 years and I certainly have no intention of stopping now.

“My doctor said “keep up with the whisky Grace, it’s good for your heart.

“I still feel the same as I did when I was 60. I feel fine. I feel full of spirit. I have got seven cards from the Queen now. This year’s was a very nice one.”

Jones celebrated the landmark birthday at Buckland Manor near her home in Worcestershire with her 78-year-old daughter, where she enjoyed a drinks reception, lunch, and a complimentary glass of whisky.

She was born in Liverpool September 16, 1906, five years after the death of Queen Victoria.