US presidents and their favourite drinks

With Independence Day upon us, we take a look at the US presidents that have reliably flown the flag for the alcoholic drinks trade, revealing their top tipples.

Wine and alcohol have long played a key role in the development of the United States. Apparently the pilgrims first landed at Plymouth Rock, Massachusetts, in 1620 primarily because they had run out of beer. Which means that the search for beer literally led to the founding of a country. True or not, the preferences of presidents since the 1700s have undoubtedly helped to shape markets, influence drinking trends and, very likely, secure trade deals.

While traditionally a beer-loving nation, many US presidents have fostered a near obsessive love of wine over the years. Obama was recently outed as favouring the Spanish white variety Godello, prompting a spike in sales, while Thomas Jefferson is perhaps the best-known oenophile among the presidential set.

So this 4th July, drink as your favourite president would, and raise a glass to your Independence.

Click through for our round-up of US presidents’ top tipples… 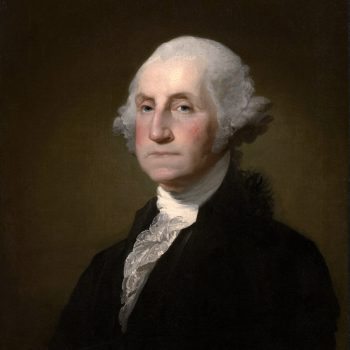 America’s first president, George Washington, was known to drink beer and had a particular fondness for a brew produced in Philadelphia called “Porter beer”.

This is according to a book published in 2014 exploring the role of alcohol in US politics – Mint Juleps with Teddy Roosevelt: The Complete History of Presidential Drinking, written by Mark Will-Weber. He is believed to have spent $6,000 on alcohol in a period of seven months between 1775 and 1776, with most of his cash going on Madeira wine.

With the knowledge of how to cultivate wine grapes not yet acquired, wine lovers during this time looked to exports. Madeira was particularly popular because it was capable of surviving the long voyage across the Atlantic. In fact, the Founding Fathers used 50 bottles of Madeira to toast the signing of the Declaration of Independence – making it a particularly appropriate beverage for this weekend’s celebrations.

Memorable quote: “Be courteous to all, but intimate with few, and let those few be well tried before you give them your confidence.” 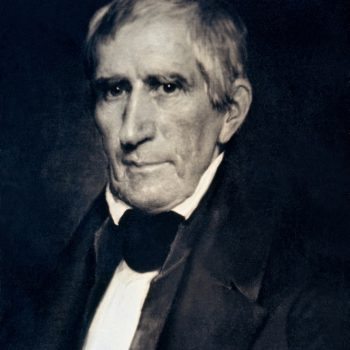 While his time in office was brief (President William Henry Harrison held office for just 32 days in 1841 before dying from pneumonia) the ninth US President was apparently a fan of hard cider, according to author Mark Hill-Weber.

Then a popular drink among the working classes, the association with the beverage helped Harrison gain favour with voters as a “man of the people” against his opponent Martin Van Buren, it’s been claimed.

Memorable quote: “Sound morals, religious liberty, and a just sense of religious responsibility are essentially connected with all true and lasting happiness.” 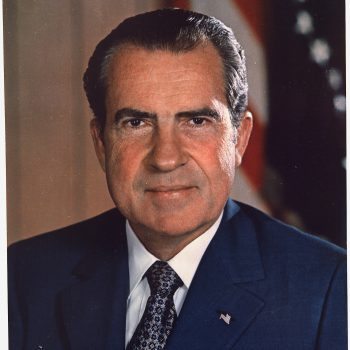 The 37th President, Nixon was a renowned wine lover and did not shy away from the good stuff, but did hide it from his guests.

Over his term, Nixon gained a reputation as a wine hog, reportedly concealing the fact he was drinking expensive wine by wrapping it in a white napkin while serving his guests cheaper bottles.

Memorable quote: “You don’t know how to lie. If you can’t lie, you’ll never go anywhere.”

Franklin Pierce was America’s 14th, and likely most alcoholic, president.

Known to be a hard drinker, he drank everything from beer and cider to wine.  Despite reaching the top echelons of power, behind the scenes Pierce had a troublesome family life. His wife Jane suffered from illness and depression for much of her life and all of their children died young. Their youngest son was killed in a train accident while the family was traveling shortly before Pierce’s inauguration.

Pierce died of cirrhosis of the liver at age 65.

Favourite drink: A lot of everything

Memorable quote: After the Democratic party decided not to re-nominate Pierce after his first term in office – “There’s nothing left but to get drunk.” 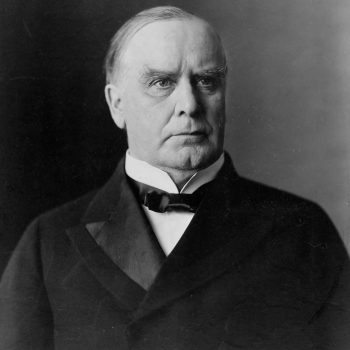 Cocktails were a popular with the 25th President of the United States William McKinley, who had a drink named in his honour. McKinley’s Delight was created by a bartender while McKinley was running for office in 1896.

Essentially a Manhattan variant, the drink contained three ounces of rye whiskey, some sweet vermouth, two dashes of cherry brandy and a dash of absinthe.

McKinley was assassinated in 1901 by anarchist Leon Czolgosz, six months into his second term. Czolgosz, a Polish-American steel worker, was executed the same year.

Memorable quote: “That’s all a man can hope for during his lifetime – to set an example – and when he is dead, to be an inspiration for history.” 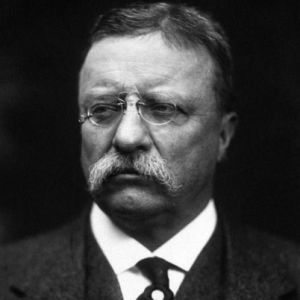 Also a fan of cocktails, Theodore Roosevelt became known for the “Teddy Hat Cocktail”, created during his unsuccessful re-election run in 1912. The drink comprised San Juan rum, dry gin, a dash of absinthe and was topped with a slice of lemon.

He was also a fan of Mint Juleps, which he made with mint cut from the White House grounds and rye, rather than the traditional Bourbon.

Memorable quote: When asked if he drank whiskey: “I do not drink it myself and I do not intend that any scoundrel of the type some of our opponents shall be able to assert that I do drink or have drunk it.”

“There is a homely old adage which runs: ‘Speak softly and carry a big stick, you will go far’.” 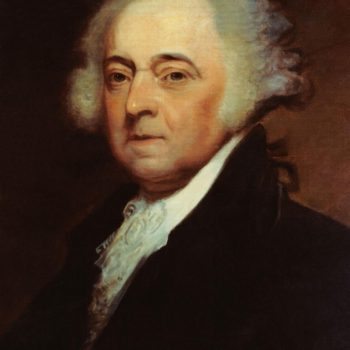 An American lawyer, author, statesman, and diplomat, Adams was the second President of the United States and a leader of American independence from Great Britain.

Adams is reported to have started drinking at the age of 15 when he started his education at Harvard, and was known to drink beer at breakfast. Incidentally, his cousin was Samuel Adams, who inspired the Boston Brewing Company’s now ubiquitous beer brand Samuel Adams.

John Adams started smoking at the age of 8 – a habit he continued into old age – and died at the grand old age of 90.

Memorable quote: Writing to his wife in 1977 during a trip to Philadelphia: “I would give three guineas for a barrel of your cider. Not one drop of it to be had here for gold, and wine is not to be had under $68 per gallon… Rum is forty shillings a gallon… I would give a guinea for a barrel of your beer. A small beer here is wretchedly bad. In short, I am getting nothing that I can drink, and I believe I shall be sick from this cause alone”. 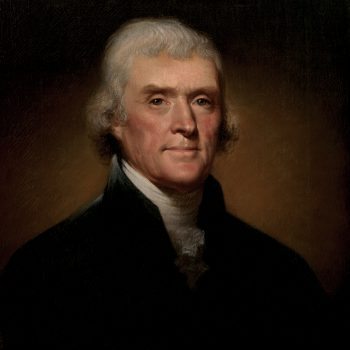 It’s likely that much of his education on wine came during his time studying law while living with statesman and lawyer, George Wythe who was known to be a fan of fine European wines. After leaving his residence with Wythe, Jefferson started his first cellar at his family home.

Memorable quote: “Good wine is a necessity of life for me.”

“Beer, if drunk in moderation, softens the temper, cheers the spirit and promotes health.” 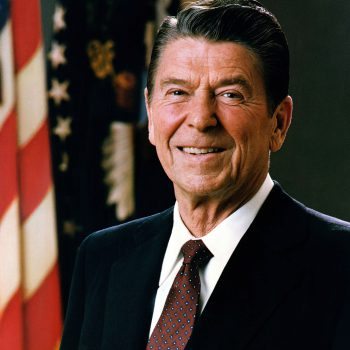 A California native Regan is often credited with revolutionising the way in which the White House perceived American wine, and in turn helped boosts the perception of the country’s domestic wines.

He served exclusively American sparkling wine at the White House instead of Champagne and was also the first President to serve a Zinfandel.

He was reportedly also partial to an Orange Blossom Special, made with vodka, sweet vermouth and fresh orange juice.

Memorable quote: “It’s true hard work never killed anybody, but I figure why take the chance?” 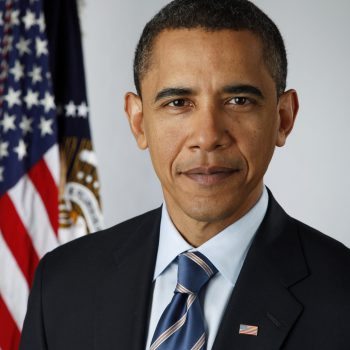 Obama is known most commonly for his love of beer, with many a photo opportunity snapped by awaiting press during his term. He has accepted several beer bets with other world leaders in recent years, including Belgian Prime Minister Elio Di Rupo during the 2014 World Cup, and Canadian Prime Minister Stephen Harper.

Obama was accused of being “cheap” after serving French president Francois Hollande screw cap wines at a presidential dinner in 2014. The three wines served at the dinner – Morlet La Proportion Doree 2011 from the Napa Valley, Chester-Kidder Red Blend 2009 from Washington’s Columbia Valley and sparkling wine Thibaut-Janisson Blanc de Chardonnay from Monticello in Virginia had a combined retail price of just $125.

More recently, Obama sparked a Godello frenzy after he was spotted with a glass of Peza do Rei, produced by the Adega Cachin winery in Galicia’s Ribeira Sacra region, at a gala in Washington DC last September. A dream come true for its marketing team, the wine became known as “Obama’s wine”, apparently sparking a buying frenzy.

Memorable quotes: “There’s never a bad day for a beer and a weisswurst.” – during the G7 summit in Bavaria