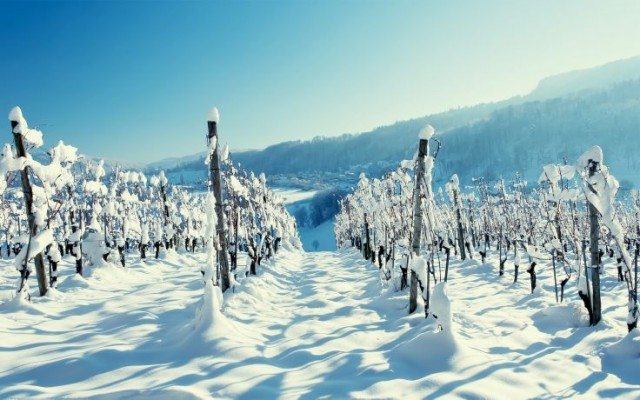 Growing season temperature (GST) is the average temperature for each month of the seven month growing season (October to April in the southern hemisphere; April to September in the northern hemisphere), divided by seven. Typically, cool climate refers to regions with a GST of between 13 to 15°C. Here, we have taken into consideration cool climate regions that produce wine of a high enough quality and in enough volume to be commercially viable, even if not widely exported.

“GST came about because most of the general public and even many in viticulture and wine production either do not understand what growing degree days (GDD) truly are or how to appropriately calculate GDD or compare values”, says Dr Greg Jones, professor of environmental science and policy at Southern Oregon University. “GST is basically simple to calculate, is a temperature, and is correlated at the 99% level with GDD.”

Jones defines “cool climate” as being 13 to 15°C GST, while Dr. Andrew Pirie, owner of Apogee in Tasmania, who is also researching into GSTs, defines it as 14 to 16°C, with 13 to 14°C as “very cool”. Definitions are a work in progress, and with climate change, GSTs are a moving feast.

Click through for a look at the world’s top cool climate wine regions, and click here for our top 10 most unusual winemaking regions.

Let us know if you have any further suggestions…

The International Cool Climate Wine Symposium (ICCWS) is set to take place in Brighton, England, from 26 to 28 May. For more information and tickets click here.

Caveats:
• Chart uses provisional GST data. GSTs in text are from different sources.
• GSTs are typically for one location.It can be tricky to extrapolate them for a whole region/country.
• Locations with just a few (hundred) hectares have not been included. 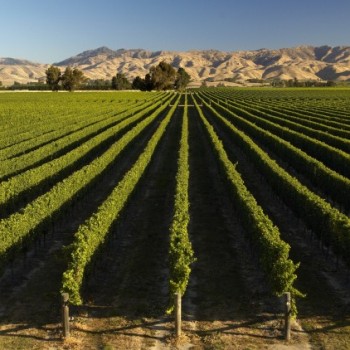 Marlborough’s developing sub-regions provide ample evidence that a single GST for an entire cool climate region is a broad measure.

The Southern Valleys are a series of valleys perpendicular to the (original) Wairau valley at its southern, cooler side, extending into the marginal northern slopes of the Wither Hills.

“Waihopai is the biggest of the southern valleys, with the most potential”, said Sam Weaver of Churton Wines, which sits at 200m above sea level. “But vineyards are frost prone, and water availability is an issue.”

Cooler still is the Awatere valley, over the Wither Hills to the south. Jason Flowerday of Te Whare Ra (based in the Wairau valley) works with a grower in Awatere because “it’s cooler and drier” than Wairau.

Although even the Awatere has variances. Jeff Fyfe, general manager, winery operations, at Yealands Family Wines said: “We are at the cooler end of Awatere [right on the coast]. It’s more herbal. And it’s windy. We have poorer flowering which reduces crops.”

“What actually happens especially in the steep segment of the region is that the sites located at the bottom of the slope, next to the Rhine river, are getting slightly too warm to grow elegant riesling in the warm vintages … the best spots are ‘moving up the hill’ in those vintages.”

Such shades of cool are highlighted on the 33 ha property.

“During the picking period we can be busy with picking riesling for about four weeks, which tells you something about the diversity of ripeness due to the different terroir constellations we have in our fields”, added Breuer. “In the cooler vintages we get the best grapes off the 100% south facing steep slopes; in the warmer years we prefer the higher plots and the slightly east facing slopes.”

And, in the last 20 years, “apart from at Assmannshausen, Pinot Noir is coming back [having first been planted 900 years ago] … reaching a serious quality level.” 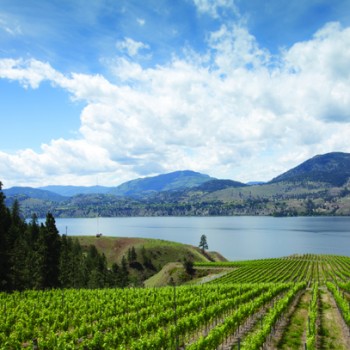 The north-south Okanagan valley stretches some 120 miles, between the 50° and 49° latitude north, with “desert conditions in the south and cooler climate as you head north”, said Laura Kittmer, media relations manager for the British Columbia Wine Institute.

Lake Okanagan reduces frost risk in the northernmost sub-region of West Kelowna/Kelowna, and here the top cultivars are recognisably those of cool climates: Pinot Noir, Gewurztraminer and Riesling. By comparison the southerly Black Sage-Osoyoos sub-region has temperatures not dissimilar to that of the Médoc or Napa Valley.

Summerhill Pyramid Winery is one of a handful that have a sparkling wine focus. Their CEO, Ezra Cipes said their Kelowna vineyard is “largely dedicated to sparkling wine, and our prestige cuvées are always sourced from this estate vineyard.”

Icewine is also made in the Okanagan valley. “Icewine harvest in the Okanagan can begin as early as November or as late as January with temperatures averaging between -8°C to -14°C”, added Kittmer. 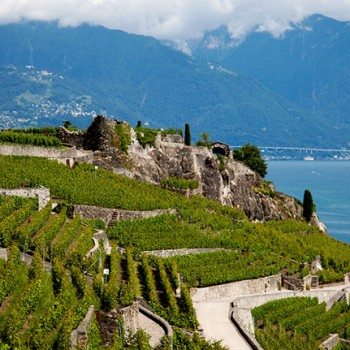 With steep slopes and the large lake Léman, Switzerland’s vineyards have many mesoclimates.

Jean-Marc Amez-Droz, the general secretary for the country’s generic body, Swiss Wine Promotion said: “The coolest areas are in the highest vineyards. The coolest climate is mainly in Valais, because we’re really in the Alps.”

This region accounts for a third of the country’s plantings. Even in this region it’s “not so easy to say this part is cool climate and this is warmer”, adds Amez-Droz.

“The vineyards are all planted on different altitudes from 500m at the level of the river Rhône up to 800m, which is quite cool. At these highest spots in the Valais, typically Traminer is planted”, although Pinot Noir and Gamay, used to make the noted blend ‘Dôle’, are the most widely planted cultivars in Valais. 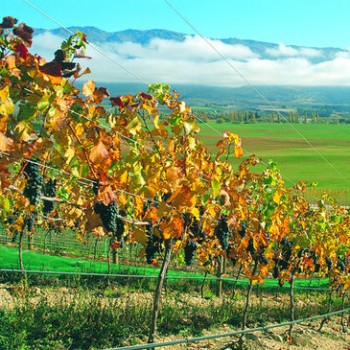 “Our GDD summations show that we are similar to Champagne and the Mosel but the ripeness and sugar levels that we can easily achieve in Pinot Noir, for example, would suggest we are quite different”, said Walter. “We have up to 40% higher UV levels in NZ compared to similar latitudes in Europe so this will clearly be playing a part in the way the vines grow and fruit ripens.

“We also experience considerable extremes even in the middle of summer. Almost every growing season we would experience snowfalls on the surrounding mountains (1,400-2,000m) throughout January and February. These temperature drops have a moderating and calming effect on the 30-35°C days we would normally experience during these periods”.

He added: “It is not uncommon to have 20 to 25°C diurnal shifts in the lead up to and during harvest. It’s like ripening the grapes in warm, bright sunshine and then putting them in a fridge at night. I believe it seals in varietal character, fruit intensity, colour and acidity.” 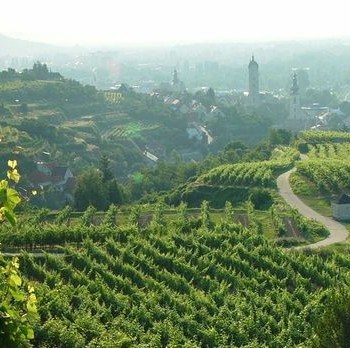 “GST is quite similar at around 14.7°C in Krems (Kremstal), Langenlois (Kamptal) and Dürnstein (the eastern end of Wachau)”, said Roman Horvarth MW, the winery director at Domäne Wachau. “However in Wachau it becomes lower the further west we get and on the most western edge of Wachau at Spitz it drops to around 14.0°C.”

He said the Wachau region’s “three-tier system with steinfeder, federspiel and smaragd” follows an idea of different picking times.

“This makes sense in a cool climate and is kind of insurance”, said Horvarth. “Every year typical, authentic wines can be offered: in very cool years more steinfeder and federspiel and in warm years more federspiel and smaragd.”

Steepness of slope is important in Wachau which, he said “increases the power of sun energy”, adding: “plus we have the moderating Danube”.

“In the coolest pocket, the Spitz Valley, in the 1950s and 1960s mostly Zweigelt, Neuberger and Müller-Thurgau were planted because Grüner Veltliner and Riesling didn’t ripen. Today with climate change the Spitz Valley is absolutely fascinating for our two major varieties.” 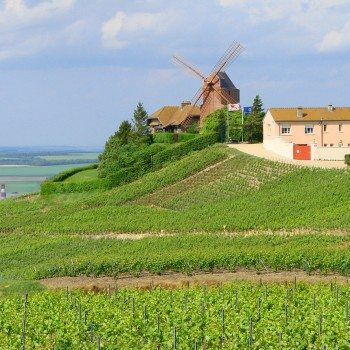 Quintessential cool climate sparklers, where, thus far, climate change is not (yet) a negative, even though the season is shortening.

Philippe Wibrotte, PR manager for the CIVC said the appellation has “gained 1.5°C over the past 20 years, but we’ve never seen so many great vintages as in last 20 years.”

Denis Bunner, Bollinger’s assistant chef de cave gave historical context, adding: “Champagne made a weakness [low maturity grapes] into a strength. In the past 10° potential alcohol was not enough, it was 8.5° in cold years, so it was not a good climate for still wine, but is a good climate for sparkling wine.”

“The climate allowed sparkling wine with this profile of grapes especially on chalky soil”, said Bunner. “Excess water could be a problem in a cool climate where you can’t wait for maturity, [but] in chalky territory there is less disease because of the drainage it provides.”

Pirie believes that demand for Tasmanian wine is likely to increase, highlighting that the country has 1% of Australia’s land area, but 13% of its rainfall.

“This, plus the cooling proximity of the Southern Ocean will make it one of the cool, well-watered climate regions of choice as they become rarer on the planet.” 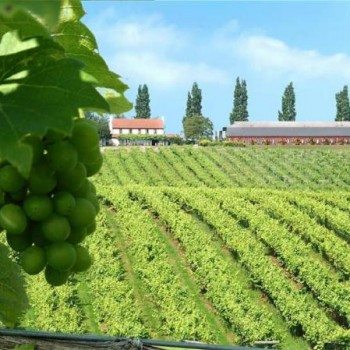 England is still pretty new to the wine world stage, yet regional differentiation is already moving up the agenda. The country’s first (modern era) vineyard in 1952 was Hambledon in Hampshire.

“We could have done [sparkling] fifty years ago”, said managing director Ian Kellett of the country’s burgeoning (from a microscopic base) sparkling wine industry. “In 1952 Hambledon made still because of cashflow. [But] having had Nyetimber demonstrate you can successfully make sparkling wine, what’s happening now is professionally planted vineyards, with winemaking teams and investment teams.”

He added: “Champagne has left the door wide open on quality because you have the vineyard on one side and houses on another … houses don’t get the best juice.”

Following the opposite ‘estate’ model, he said: “Hambledon’s plan is to grow all our own grapes on our own vineyard land, all on chalk. Chalk matters to the way in which acidity deploys across the palate.” 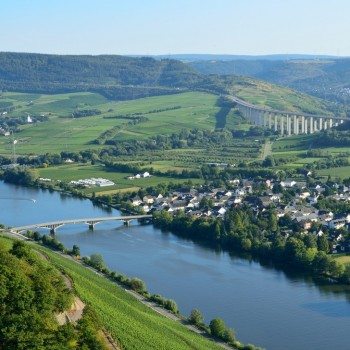 Including its tributary rivers Saar and Ruwer, this is classic cool climate territory.

“Cool climate wines have always more playfulness, balance and elegance”, said Annegret Reh-Gartner of Reichsgraf von Kesselstatt, which has vineyards in all three river valleys. “The main reason is that the plant struggles more to ripen. In our region the slate soil adds to it as it is pretty poor in nutrition and the roots have to go deep down, 7-15 m depending on age, to find enough nutrition. This gives them more subtlety and many different aromas. The long ripening season of the cool climate – 120-150 days between flowering and harvest – adds to the aroma and vibrancy of these wines.”

Ruwer, she added, “is generally cooler as there are no forests on top of the slopes to protect against cool winds, [which] you have on Saar and Mosel.”

Slopes are key this far north (in the northern hemisphere); steep slopes concentrate the sun’s rays.