We have compiled the key figures regarding the Champagne market for the past year, including shipments by style, sales by country, and volume by producer type. 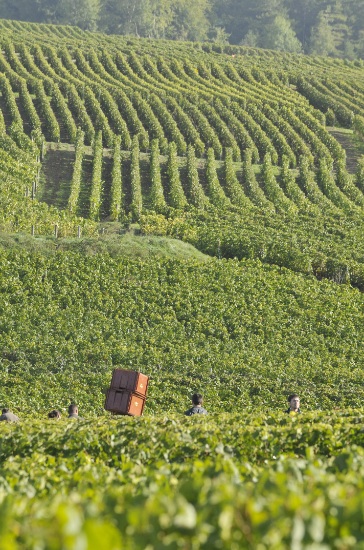 “Champagne is back” said Vincent Perrin, new CEO at the Comité Champagne, when speaking yesterday at a press conference during the UK’s Annual Champagne Tasting, and referencing the global volume and value growth for the region in 2015, in particular the strong performance by Champagne in the UK market, as well as the region’s new turnover record worldwide, which hit a new high of €4.74 billion last year.

Such a figure, explained Bruno Paillard, president of Comité Champagne’s Communication Commission – who also attended the press event – represents 30% of the export value of all French wines, the largest proportion by region for the country, ahead of Bordeaux and Burgundy.

In terms of volume, the region shipped a total of 312.5 million bottles in 2015, which, Paillard admitted, was still short of Champagne’s historical record: in 2007 it reached 339m.

“We have not recovered yet our volumes of 2007,” he stated, although, as the figures on the following pages show, Champagne shipped more bottles worldwide in every year from 2006 to 2011, aside from 2009, when sales dropped to 293m, following the financial crash in October 2008.

Since 2014, however, there has been a turnaround in volume sales, and driving that global growth, stressed Paillard, has been the Champagne houses – not those producers classified as growers or cooperatives.

Indeed, referring to last year’s shipments, Paillaid said that volumes produced by the maisons reached 223.5m, which was up 3.9% on the previous year, while the growers accounted for 60.9m bottles, down 3.6%, and the cooperatives, 28.1m bottles – a fall of 2.7%.

“It is clear that the growth was totally due to the maisons,” he concluded.

Over the following pages is a breakdown of the key facts and figures regarding the Champagne market worldwide, with an in-depth focus on the UK market.

According to the Comité Champagne, the region’s production area currently stands at 33,762 hectares although its planted area is slightly higher, totalling 34,305ha. 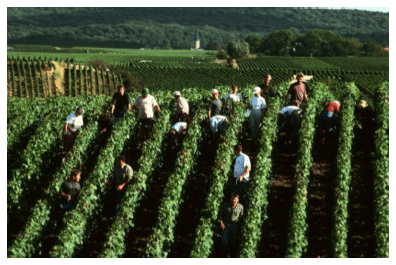 This comprises the following number of producers:

Growers own approximately 90% of the land in Champagne, and, although the houses only own around 10% of the vineyards, they produce 70% of the wines.

Meanwhile, around 85% of all Champagne exports are produced by the houses.

In terms of Champagne’s place in the world of wine, the appellation represents just 0.4% of the globe’s vineyards, and 4% of France’s vineyard area.

Last year’s harvest had a yield set by the Comité Champagne of 10,000kg/ha although a further 500kg can be released from reserves from previous harvests.

The harvest produced wines with an average potential alcohol of 10.4% and an average acidity is 7.1g H2SO4/litre, prompting Bruno Paillard to comment, “It is a classical, great vintage with good balance between acidity and sugar.”

Continuing he recorded, “The Pinot Noirs are not yet open, but the Chardonnays are already showing very well…. There is no doubt that 2015 will be declared a vintage by most producers.”

The average price of grapes across the region in 2015 has stabilized at €5.89 per kilo, although prices of up to €7 can be fetched for bunches from grands crus vineyards (1.2kg is required to make one 75cl bottle of Champagne).

Average Champagne grape prices over the past 10 vintages (€ per kilo)

As the bar graph below shows, the region is yet to reach the volumes attained during the 2006-2011 period, with the exception of 2009, when sales dropped to 293m, following the financial crisis prompted by the collapse of Lehmann-Brothers in October 2008.

In terms of markets, the UK is still the largest export market, as the bar chart below shows. Bruno Paillard comments, “The UK is a big drinker of non-vintage Champagne.”

Nevertheless, France is by far the biggest source of sales for the fizz – Champagne’s domestic market accounts for 161.8m bottles, which is a little more than 50% of the appellation’s sales.

The French market has now stabilised after three years of declines.

Overall, Paillard said that Champagne producers were holding on average 3.5 years worth of stock, which he said is “good for quality and makes it possible to increase sales”.

He added, “This inventory is not a burden because of the low interest rates we have in the Eurozone: they are around 1-2%, and I remember in the 90s when interest rates [in France] were up to 14%, and we were in the middle of a recession from 1991-93.”

When it comes to value, as previously reported, Champagne has hit a new record, shipping a total of €4.74 billion.

Significantly, the UK is not the largest export market when the leading Champagne markets are ranked by value.

Indeed, the US takes top spot, despite accounting for 13.7m bottles fewer in 2015. Bruno Paillard attributes this situation to the high proportion of cheaper non-vintage Champagne sales in the UK compared to the US, and notes, for example, that 18% of shipments to the US are accounted for by higher-value rosé Champagne, whereas in the UK, pink fizz represents 11.5% of sales by value.

He explains, “In the UK there is a lot of relatively cheap Champagne – there is a big BOB [buyers own brands] market and you have the growth of the discounters, like Lidl and Aldi, so there are a number of players at the lower price end who are looking for less expensive wine, and this doesn’t exist in the US; in the US the only real producers are brands, which tend to be more expensive, and there is a much bigger market share occupied by more expensive cuvées.”

However, he added, “But the per capita Champagne figures still favour the UK.”

The UK market for Champagne in 2015

Although the UK market displayed healthy volume and value growth in 2015: up 4.5% and 7.3% respectively, as the chart below shows, it is still yet to attain the record set for bottles sales and turnover in 2007.

CEO of the Comité Champagne, Vincent Perrin, noted that the UK market is becoming more competitive for the Champenois, as the number of players increases to 386 – see below. This is smaller, however, than the US, where there are 450 operators, according to Perrin.

Number of Champagne shippers to the UK in 2015:

In terms of style, the UK market is dominated by sales of brut non-vintage Champagne: