The International Wine and Spirit Competition (IWSC) has announced the launch of two new mixer awards, widening its net yet further across the drinks trade and bolstering its cocktail credentials. 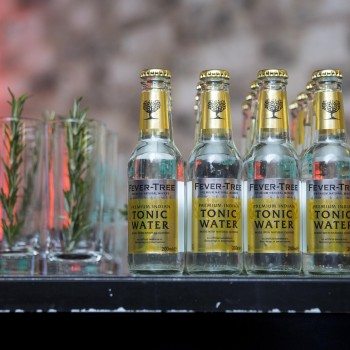 Singing the virtues of vodka, two new mixer awards have been added to its line-up; Best Vodka & Tonic, and Best Vodka & Mediterranean Tonic. The new categories follow the launch of the competition’s Best Gin & Tonic and Bloody Mary trophy awards last year, which saw gin and vodka brands compete to be crowned the best partner to each classic cocktail.

“This year, the IWSC is extending its horizons by introducing another mixer competition which embraces the exciting vodka category and provides a new opportunity for our vodka entrants”, says Ewan Lacey, IWSC general manager.

“With our Napue Rye Gin winning the IWSC Gin & Tonic competition and our Koskue Cask-Aged Rye Gin winning Gold in the same series, we have seen a large jump in both domestic and international sales for our products”, says Miika Lipiäinen, CEO of Kyrö Distillery. “Although we knew we managed to develop great and tasty products, after one year of operation this was much more than we could hope for.”

The IWSC has once again teamed up with premium mixer producer Fever Tree to launch its two new vodka categories, with the Bloody Mary and Gin and Tonic trophy awards set to return for a second year. Each serve will be judged on how well the spirit complements either Fever Tree’s tonic water, Mediterranean tonic water variant, or a premium tomato juice. Harvey Nichols’ wine and spirits buyer Ivan Dixon will chair the judging panel. The victorious brands will receive a prestigious IWSC trophy confirming its status as a quality spirit and complementary partner to one of the world’s favourite mixers. Winners will be unveiled at the Annual Spirits Tasting at Vintner’s Hall on 27th July, offering producers the opportunity to showcase their brands to the industry.