Man’s beer can collection worth $1.6m

It seems that one man’s trash really is another man’s treasure, at least for one beer enthusiast, whose collection of 87,000 vintage beer cans has been valued at US$1.6 million.

Jeff Lebo, 53, began collecting cans in 1975 at the age of just 13 and has since amassed thousands of unique cans from all over the world. He is now using his collection as a tourist attraction, lining the walls of his Brewhouse Mountain Eco Inn in Pennsylvania with beer can paraphernalia and charging guests to sleep in the novelty accommodation.

The vacation home is now filled with 87,000 containers of vintage booze, obsessively curated over the past 40 years and worth an estimated $1.6 million.

“It’s sort of an ongoing labor of love,” he told The New York Post. “I like being able to preserve social history in a way.”

Of his Brewhouse Mountain holiday home, Lebo said he was pleased to be able to invite fellow beer can enthusiasts to share in his passion.

“We’re now renting it out as an inn and it is amazing to see the people who have come to stay here who are fascinated by this,” said Lebo’s wife, Lauri.

While Lebo said he is unlikely to ever sell his collection, he admitted he had cashed in on some of the more valuable cans to pay for a piece of property in Costa Rica.

“We are actually converting it into an eco-resort and we’re hoping in about three years or so we’ll be open for business,” said Lebo. 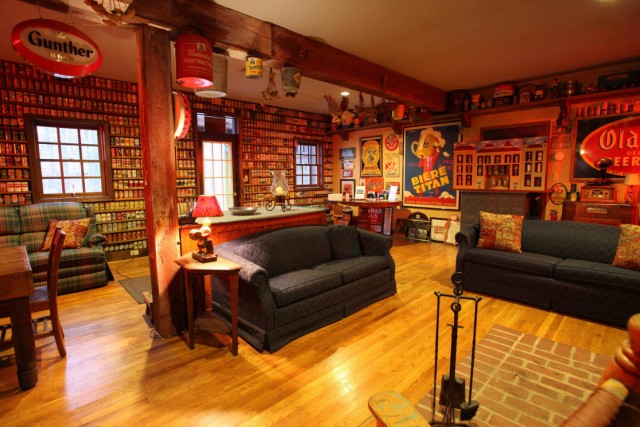 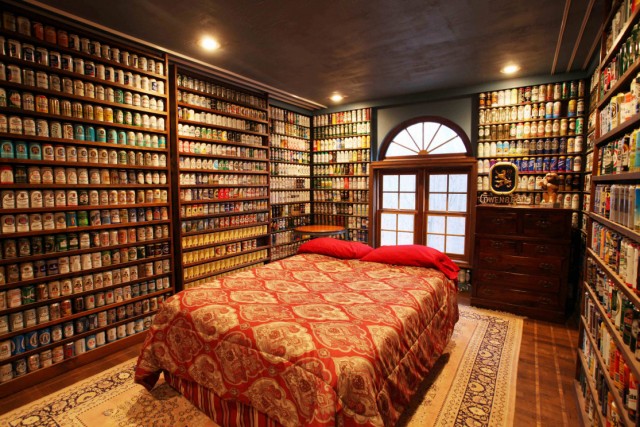