Whether it’s the folly of the authorities or the cringeworthy poor judgement of winemakers, wine labelling is littered with examples of foul and hilarious controversy. Here the drinks business presents its top 10. 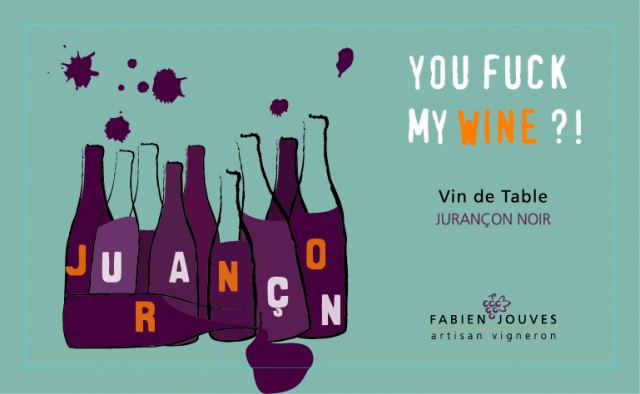 It must drive the winemaker doolally: you’ve been out tending your vines in every extreme of weather, fighting the elements, battling through the harvest, carefully monitoring the fermentation of the must and the maturation of the wine day after weary day, then it’s time to bottle.

That wine is your baby and you want its label to represent everything you’re about. Then the labelling police step in tell you it’s not allowed.

So it’s often easy sympathise with the winemaker’s rebellious attitude when it comes to what they put on their labels. Having said that, labelling decisions are not always determined by authority regulations – and there are some wineries whose poor judgment deserves no sympathy at all…

Young Fabien Jouve is a fourth-generation winemaker producing a range of biodynamic AOC wines at his family’s Mas Del Périé estate on the Haut Plateau south-west of Cahors.

He also produces one or two more idiosyncratic cuvées, including a single-varietal Jurançon Noir. Even though Jurançon Noir is commonly planted in Cahors, as of 1992 the appellation guidelines have dictated that no AOC Cahors wines can contain Jurançon Noir.

Jouves must therefore label his Jurançon wine as a vin de table.

This prompted the winemaker – clearly a man inspired by Travis Bickle in Taxi Driver – to name his wine You F**k My Wine?!. 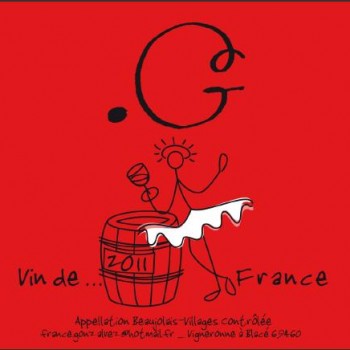 Another young French winemaker, this time from Beaujolais, France Gonzalvez makes low or zero-added-sulphur wines in Blace in the Beaujolais-Villages area.

Clearly a ‘fun’ sort of vigneron (she calls her top cuvée ‘Point G’; in English, ‘G Spot’ – try telling your wine merchant you can’t find it on the shelves), she had the idea of punning on her own name on her wine labels, calling them ‘Vins de France’.

The IANO (Institut National de L’Origine et de la Qualité) was having none of this, however, pointing out that her wines were not Vins de France, but Beaujolais-Villages.

France stuck to her guns. The INAO’s solution? They insisted that she add an ellipsis after the ‘Vin de‘ to distinguish her wines from other French table wines.

In 2012 the McLaren Vale producer D’Arenberg came up with the ‘inspired’ idea of creating a sparkling wine with the name Dadd, as was reported in the drinks business.

The bottle also featured the signature D’Arenberg red sash, which bears a striking resemblance to a certain Champagne house with a similarly familial name.

“We wanted to call it ‘Dadd’ with a double ‘d’ because there are so many of us involved with the project,” chief winemaker Chester Osborn said.

Proving not for the first time that Mumm and Dadd seldom get on, Dadd soon found itself in the litigious sights of drinks behemoth and Mumm Champagne owner Pernod Ricard. Dadd was phased out soon after. 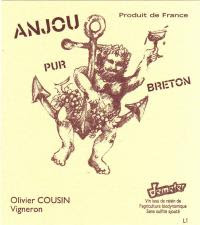 Here’s one winemaker who has actually wound up in court and been threatened with financial ruin over his labelling chutzpah.

Cousin, a biodynamic winemaker from Anjou, stopped labelling his wines AOC in 2005, instead labelling his wines as Vin de France, in protest against what he saw as declining standards of the regulations, which included allowing acidification as well as chaptalisation as of 2003.

He then started to label his Cabernet Franc as ‘Anjou Pur Breton’ (‘Breton’ being the traditional Anjou name for Cab Franc).

In 2011 the DGCCRF (the French fraud squad) charged him with bringing the appellation into disrepute by using ‘Anjou’ on his labels. It is an offence which carries a €37,500 (£28,000) fine or up to two years in jail.

Cousin, obviously still very attached to the ‘Anjou’ label, then removed it from the label and snuck it on the cork.

A court case found him guilty but his fine was just €1 – evidence, surely, that the spirit of the law had been successfully challenged, Cousin’s defence said. 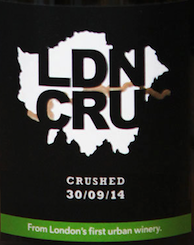 London’s first urban winery chose not to incur the authorities’ wrath when the UK Food Standard Agency put the stoppers on its plans for the labelling of its first vintage last year.

As reported in db, not only did the winery lose the right to any appellation status for their France-grown grapes (and presumably Côtes du Hammersmith et Fulham didn’t fly), they were also told to remove the name of the grape and the vintage year from all of their wine labels.

Winemaker Gavin Monery said London Crus was “lobbying for change and living in hope”. As well they might. 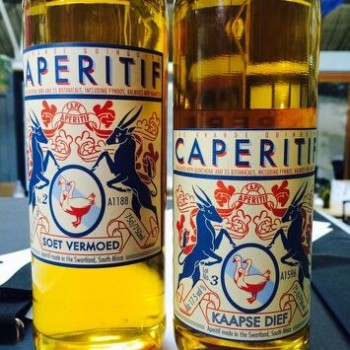 When he began bottling his revivalist Caperitif – a vermouth-style aperitif that was very popular on the Cape in the middle of last century but whose history stretches all the way back to the original Dutch settlers in South Africa – the ‘powers that be’ nipped his labelling plans in the bud.

The label originally featured a scroll saying ‘Soet Vermoed’, a play on the words ‘sweet vermouth’, which in Afrikaans translates directly as ‘sweet suspect’, which doesn’t mean that much. The authorities were unhappy with this, however, meaning a lot of headache and rebranding expense for Badenhorst so that they could export the product.

The new label says instead ‘Kaapse Dief’, literally translated as ‘Cape Thief’. Why? As Badenhost Family Wines’ website says: “Well, cause it sounds like Caperitif, obviously… and literally means nothing at all. Just like our sense of humour.” 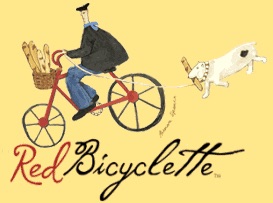 For our next two examples, the labelling controversy get ugly. First, one of the biggest labelling scandals ever perpetrated. In 2010 E & J Gallo found themselves fooled by a group of French winemakers into buying and distributing more than 18 million bottles of wine that was supposed to be Pinot Noir but was actually nothing of the sort.

California winery E&J Gallo bought the wine from the Languedoc-Roussillon region to be marketed under its Red Bicyclette Pinot Noir label. The wine was in fact a far cheaper blend of grapes and had been deliberately mislabelled.

French customs officers first became suspicious after realising that the amount of Pinot Noir being sold to Gallo was more than the region could even produce.

The judge handed out suspended jail sentences ranging from one to six months for the most prominent wine traders and ordered all the defendants to pay fines. 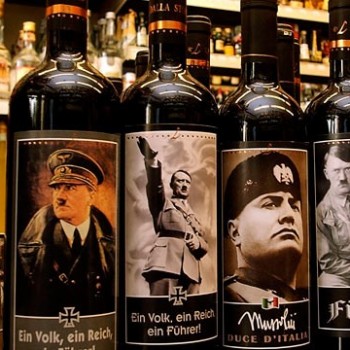 Incredibly, despite various protests and calls for a boycott from human rights groups, Udine-based Azienda Vinicola Lunardelli continues to sell its ‘Historical Range’ of wines which include labels featuring images of Adolf Hitler and phrases such as “Sieg Heil” and “Ein Volk, Ein Reich, Ein Fuhrer”, along with several other examples of fascist iconography.

In 2013 the drinks business reported how the range had reappeared after it was originally removed from a Veronese supermarket in response to a complaint from a US tourist.

At the time, the brand attracted condemnation from Italy’s integration minister Andrea Riccardi, who said that its presence “offends the memory of millions of people and risks compromising the image of Italy abroad”. 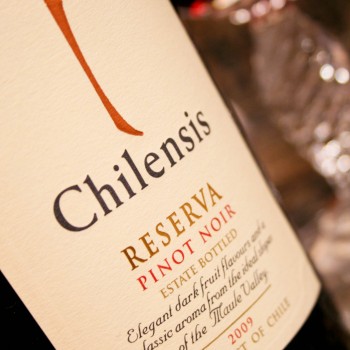 Another one db has reported on, Chilean wine company’s Chilensis brand caused a mixture of offence and hilarity among wine drinkers in Hong Kong and China thanks to its inadvertently rude name.

The label, from Via Wines in Chile’s Maule Valley, loosely translates as “f**king nuts”, according to a source in Hong Kong.

Following local press reports about the rude label demand soared for the wine, pushing prices up by HK$10 in a matter of days back in 2012.