South Africa storms ahead in IWSC 2015 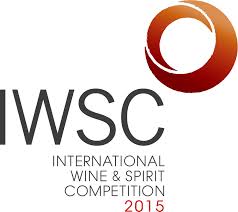 The 2015 results were released to coincide with the start of this week’s Cape Wine event in Cape Town, where IWSC judge Dr Winifred Bowman will host a tasting of medal winners in the Speakers’ Corner zone at 4.30pm on the opening day, Tuesday 15 September.

Among the themes that emerged this year was the success of single varietal wines, with KWV winning Gold for The Mentors Petit Verdot 2012, Benguela Cove’s Shiraz 2014 also taking home a Gold, and a Gold Outstanding medal going to Cederberg’s Driehoek Shiraz 2012.

Other recipients of a Gold Outstanding award, the Competition’s highest medal accolade, included Stellenrust for its 50 Barrel Fermented Chenin Blanc 2014 and Old Bush Vine Chenin Blanc 2013, Kanonkop for its Black Label Pinotage from both the 2010 and 2012 vintages, and Glen Carlou for its Gravel Quarry 2010 Cabernet Sauvignon and The Welder 2013 sweet Chenin Blanc.

Sparkling wine was another area that performed well, with Method Cap Classique styles winning a total of 25 medals, of which 23 were Silver or higher. Gold medals went to Graham Beck’s The Rhona Blanc de Blancs and Kleine Zalze’s Brut Vintage 2009.

Based on this year’s top medal winners, the Competition has also released its shortlist for the IWSC South African Wine Producer 2015, which will be announced at its Annual Awards Banquet in London this November. Those in contention are: Jordan Wines, Kanonkop Wine Estate, Uva Mira Mountain Vineyards, Stellenrust Wines, Glen Carlou Vineyards, KWV, Nederburg Wines

IWSC chair judge Dave Hughes highlighted the benefit for producers of holding the initial round of judging in South Africa rather than the IWSC’s UK headquarters, observing: “Entries were well up on previous years and a real encouraging factor was the amount of first time entrants for 2015.” He added: “The local judging certainly encourages a wide range of quality entries and we look forward to more in 2016.”

For more news and full results from the Competition visit www.iwsc.net/.